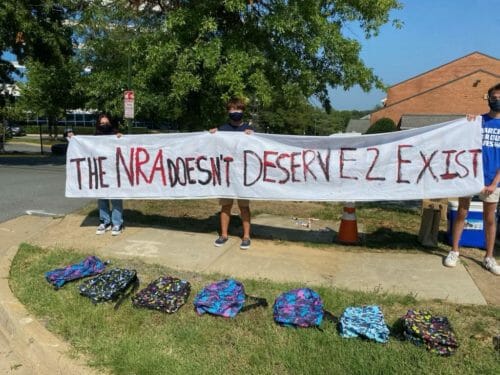 U.S.A. – -(Ammoland.com)- “Democrats Should Ditch the Anti-Gun Rhetoric If They Want to Survive 2022,” attorney, author, and former NRA lobbyist Richard Feldman asserts in a Tuesday opinion piece for Politico. “Key components of the party — women, Black people and Latinos — are increasingly gun owners.”

Feldman, for those who have not been following gun issues for years, was the “architect” of the agreement with the Clinton White House to have major handgun manufacturers “voluntarily” include trigger locks with new guns. He’s also the author of Ricochet: Confessions of a Gun Lobbyist.

Say what you will about the man, and I’ve had occasion to disagree with him over the years, you have to admit his indictment of NRA’s “financial bloodsucking” and “scare tactics to keep the money pouring in so that its executives can pay themselves vast salaries” now seem prophetic (not to those of us objecting at the time, but to NRA donors surprised by revelations of the extent of Executive VP Wayne LaPierre’s high living at their expense).

“As the recent election results in Virginia and New Jersey showed, Democrats have a growing problem with rural and working-class voters. They also have a problem with Latino voters and independents and non-college-educated women. ” Feldman observes. “[I]f Democrats want to repair their relationships with these key voter groups there’s another issue that can do it. It’s not climate change or Covid vaccines or even child tax credits. It’s guns.”

That’s an interesting admission on the importance of growing awareness by a significant portion of the electorate that traditionally votes Democrat. But even though inroads have been made with women and minorities, they haven’t been enough to make a truly significant difference with key demographics.

NBC News’ Virginia election results bear that out. Women voted Democrat 53% to 46% Blacks did so by 86%, Hispanic/Latinos by 66%, and Asians by 67%. They are holding on to their political biases despite the self-interest of being new gun owners. Nonetheless, Feldman’s advice is one of messaging and moderation.

“Democrats need to learn how to talk about firearm rights and crime issues without demonizing millions of voters who own guns,” he counsels. “Refocusing the debate on policy solutions to violence, not regurgitating knee-jerk slogans such as ‘banning assault weapons,’ can provide the margin of victory for Democrats in states like Wisconsin and Pennsylvania and make them far more competitive in Florida, Ohio, and Missouri.”

Feldman calls on Democrats to support “a sensible ‘national carry’ program,” to “fund firearm safety education,” to head ATF with “professional law enforcement … not political hacks with axes to grind,” and “to support the import of long guns for self-defense (currently only ‘sporting use’ is allowed).”

“After they put these items up front, they can also talk about background checks in all commercial transfers of guns, and some other fixes that can benefit gun owners and law enforcement professionals,” Feldman advocates. How is unclear, since even the National Institute of Justice admits background check “Effectiveness depends on the ability to reduce straw purchasing, requiring gun registration…”

Unfortunately, his link to those “other fixes” doesn’t include priorities Democrats must currently demand in order to stay on the “good side” of the gun-grabbers they suck up to. So we get no insights on things like “ghost guns” or “red flag” laws with “boyfriend loopholes,” or “No Fly/No Buy,” or ATF arbitrarily changing the rules to suit the disarmament agenda, or “disarming hate,” or “may not issue” carry permits (or permits to buy), or…

He’s recalling a “kinder, gentler” time when he could commiserate with supposed “pro-gun” Democrats like Jack Brooks and John Dingell. He’s not acknowledging that when push came to shove, they chose party “loyalty” over their stated electioneering principles, and stabbed their gun owner supporters in the back, with Dingell resigning from the NRA Board after he and Brooks voted for the Clinton gun ban.

The other thing not being acknowledged here is that no moderation in tone or rhetoric is going to change the ultimate goal of citizen disarmament: a monopoly of violence. And every compromise given to those bent on total control, even something as seemingly trivial as a concession on trigger locks, is one less obstacle for them to overcome, and one more objective secured from which to launch their next incursion. Denials and ridicule of those exposing the end game to the contrary, they really do want to take your guns.

Don’t expect the gun prohibition fanatics and their media cheerleaders to lighten up for a moment, not on the obnoxiousness of their smear attacks, or on lies they tell to spook the underinformed and swindle them out of their birthrights. Their “foot soldiers” have proven to be neither disciplined nor mature enough to engage in reasoned discourse instead of aggressive tantrums.

This isn’t about the “commonsense gun safety” being “demanded” by useful idiots, it’s about total power. It’s not about guns, it’s about freedom. That’s something the totalitarian minds behind citizen disarmament understand completely.