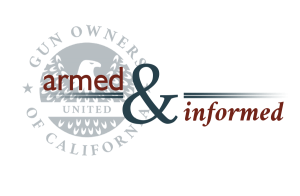 “Had we not had boots on the ground, we never would have been able to take advantage of the unique opportunities presented to us to defeat these bills.  It’s a good win. ”
Sam Paredes, GOC Executive Director

Getting a solid win feels dang good.  After two months of Leftist hissy fits in response to the Supreme Court’s NYSRPA v. Bruen decision that declared subjective CCW restrictions as unconstitutional, the bill to obstruct that ruling died on the Assembly Floor in the final late-night hours of session. SB 918, which would essentially have made the state a CCW prohibited area, died a spectacular death, even though California’s Attorney General Rob Bonta was physically on the Floor of the Assembly twisting arms for an “aye” vote.  There were a lot of angry words and gnashing of teeth from the legislative leadership, but there were some serious hoots of victory from GOC and other 2A folks in the Capitol building. 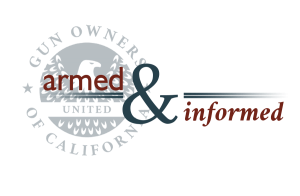 In the Senate, AB 1227 (Levine/D), the bill to slap a vindictive tax on the sale of every gun and box of  ammo also went down to a flaming defeat.  Check out the vote in the screenshots below.

GOC’s Sam Paredes had been at the Capitol for days lobbying hard against both bills, and was there until the gavel went down in the early morning hours today, which officially announced the 2021-22 Legislative Session was OVER.  Finally.

When common sense prevails at the State Capitol, it’s time to celebrate.

Of course, we are fully aware that the Legislature passed some bad bills this year and legal challenges are in the works.  We must focus on the big Supreme Court win handed to us with the NYSRPA v. Bruen decision and walk confidently through the door that was opened for us to fight even harder in the courts.  We are ready for this!

Make no mistake: we are under no illusions that this is the end of the anti-gun war – especially here in California.  We know full well that the Left will come back at us in January, more angry than ever before AND WE WILL BE READY.  What’s happening in the courts across the country in the aftermath of Bruen is strengthening our position legislatively, and gives us hope for future cases to litigate. We are not resting on our laurels by any means.  It’s never time to sit down and do nothing but it’s OK to savor a major victory when it happens.

We believe in saying thank you to those who supported our efforts in killing these bills.  If your representative voted no, consider sending an email of thanks from our Legislative Action Center HERE.

PLEASE SUPPORT THE WORK WE DO – WE ARE STRONGER TOGETHER!

The post BIG End of Session WINS for the Second Amendment appeared first on Gun Owners of California.