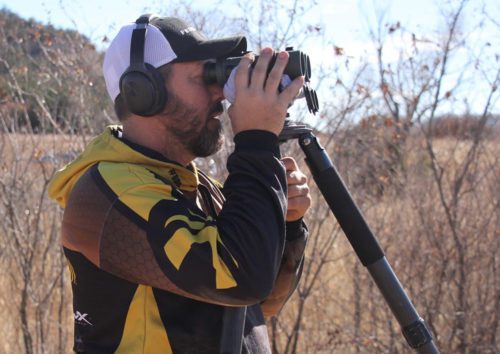 U.S.A. -(AmmoLand.com)- Team Federal Precision Rifle Series shooter Buck Holly finished strong at the 2021 Precision Rifle Series Finale. The event was held at the NRA Whittington Center in Raton, New Mexico, November 6-7. Team Federal shooter Buck Holly earned an invitation to this PRS season finale event as one of the top Gas Gun Division shooters in the nation, tied for first place going into the match. With 220 shooters in attendance, Holly landed a third-place finish in the Gas Gun Division for the match and for the season.

“Congratulations to Buck on his top-three finish for the 2021 season and at the Finale. His effort this year was impressive and the level of competition in the Gas Gun Division just keeps growing,” said Federal Shooting Sports Promotions Manager Jason Spradling. “Buck is a hardcore competitor. He has the experience and grit to shoot well in spite of adverse conditions. I’m proud to know that Federal Gold Medal ammunition was a part of his recipe for success all season long.”

“As a busy small business owner and equally busy family man, Federal’s Gold Medal 6mm Creedmoor ammunition allows me the ability to compete at the highest level without spending unnecessary time in front of a reloading bench,” said Holly. “I am proud of the successes I experienced this year shooting Gold Medal and am looking forward to a continued relationship on Team Federal. The 2022 season kicks off in just over a month and I am already working towards earning a spot in the coveted finale next year.”