Check Out Our Complete Guide To Gun Safety

In fact, you wouldn’t want to shoot .357 Magnum in any gun that’s specifically made to shoot .38 Special. It would be dangerous.

The .357 Magnum/.38 Special issue is a common conundrum when it comes to certain guns and certain calibers, as certain chamberings lend themselves to multi-caliber use. However, you should be cautious about doing so until you understand more about multi-caliber weapons.

Not fully understanding what guns and what calibers can be used in the same gun has led to accidents, which can lead to injury, which makes this a gun safety issue.

So, if you’re a total newbie, and you’re a little confused about what some people say about .357 and .38 Special, or about 5.56mm and .223 or what have you, let’s dive in and learn a little more. That way, you can safely operate such firearms while using multiple calibers.

Some Guns Are Multi-Caliber: WHY A 357 Magnum Can Shoot 38 Special 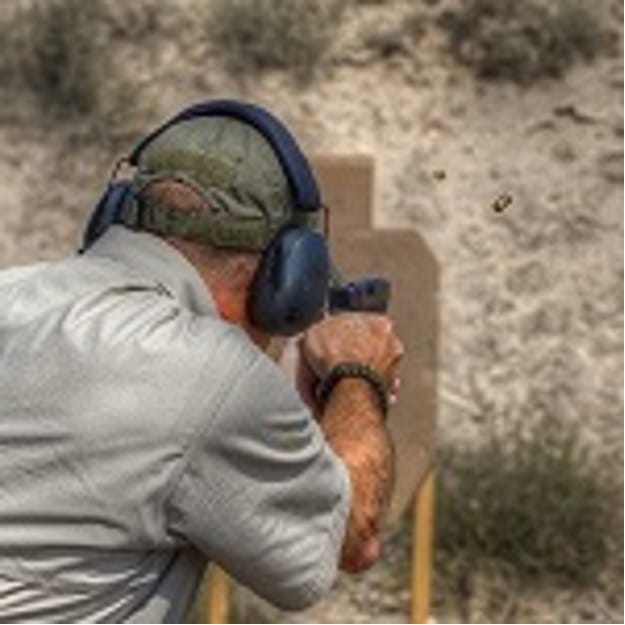 To explain WHY a .357 Magnum revolver can also shoot .38 Special (as well as 9mm and .38 Super in some cases) we need to understand a bit about how firearms work.

The projectile is seated with a bullet in the chamber. The bullet is almost as big as the inside of the barrel. When the cartridge is discharged, the propellant (powder) in the bullet creates pressure behind the bullet, pushing it out of the barrel.

How the bullet seats in the gun is called “headspacing.” How a cartridge headspaces depends on the gun and the cartridge design.

Many don’t, though; many semi-auto rifle designs headspace at the case rim AND the shoulder. Older rimmed rifle cartridges often headspace on the rim (.45-70, .303 British) and some magnum rifles headpsace on the belt of a belted rim magnum.

But why does this matter when it comes to .38 Special and .357 Magnum?

Revolvers universally headspace on the rim, and the .38 Special and .357 Magnum have the same rim diameter, case diameter and projectile diameter. The .357 Magnum, however, has a longer case.

That said, .357 Magnum also has double the chamber pressure of .38 Special. Firing .357 Magnum in a .38 Special firearm can easily (and almost certainly will) result in a catastrophic malfunction. Unless you don’t like having hands, don’t do it.

However, .357 Magnum is too long to headspace in the chamber of a .38 Special revolver cylinder. This is by design; when the .357 Magnum was invented, Remington (who first made it commercially) did so for expressly that purpose.

And that is the idea with any gun that’s said to or actually can fire multiple calibers. There is more than one caliber/cartridge that will headspace and therefore will fire.

Some Guns Are Not 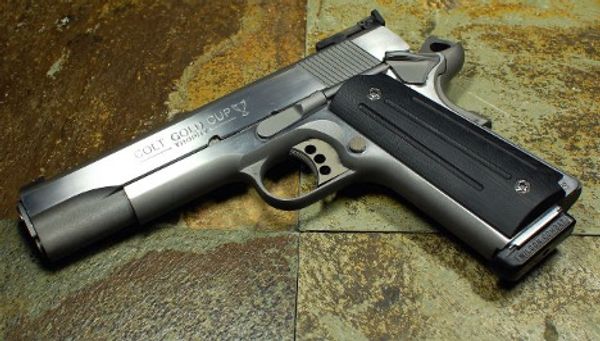 However, other guns are not. What’s been discovered over the years is that a number of different chamberings can actually headspace another cartridge, sometimes with a little force…but usually with results ranging from innocuous to disastrous.

Typically it starts with someone who heard that you could shoot X through a gun made for Y. Again, in some cases – such as .38/.357 – it’s true, but in others it’s just not.

But what can happen if you do?

The best-case scenario is that the shooter has errantly chambered a round that can safely headspace in the gun, but the projectile is smaller than the bore diameter. For instance, if someone has – in error – placed a .243 cartridge into a .308 rifle.

In this case, the projectile will leave the barrel at a very slow velocity as most of the gas has already gone out of the barrel. Accuracy will be almost nonexistent and that’s pretty much it.

The worst case scenario is if the projectile is larger than the bore or if the cartridge doesn’t completely headspace but the action closes anyway.

In this instance, a catastrophic malfunction will result. The bullet can completely split the barrel if you’re lucky in the first case, but otherwise this will result in rupturing the chamber. In other words, kaboom.

So…with that in mind…how can you use multi-caliber firearms safely?

First, by knowing what guns or calibers truly do allow for safe use of different calibers, and they are few, and exactly how that works. In other words, the way things are.

Second is by understanding how and why that’s possible in those instances, so you understand why things are the way they are.

Thirdly by not taking chances based on what people tell you. If you hear something from someone, look it up. If you don’t find information confirming it, don’t do what they’re suggesting.

So, what are some common examples? Here are a few common ones. There may be some uncommon ones, but we can leave them for another time. 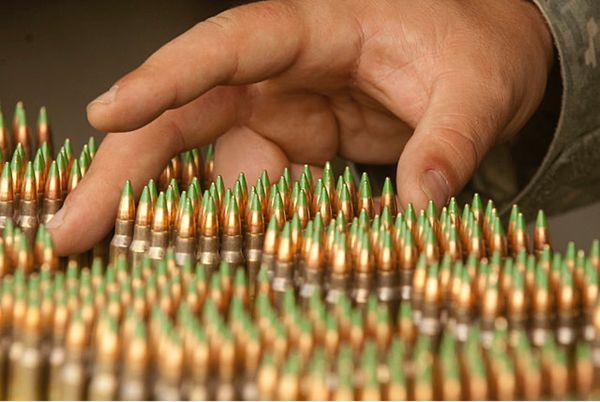 The differences between .223 Remington and 5.56mm NATO are minute, but substantive enough to make a difference.

5.56mm NATO has a slightly chamber design (meaning the chamber of the gun) and is loaded to higher pressure, but the case, projectile and all exterior dimensions are the same. In other words, 5.56mm is essentially .223 Remington +P. Now, what does that mean?

The same is true for .308 Winchester and 7.62x51mm NATO and for the same reasons. Different chamber length and higher pressure, but it’s the same case and projectile size. 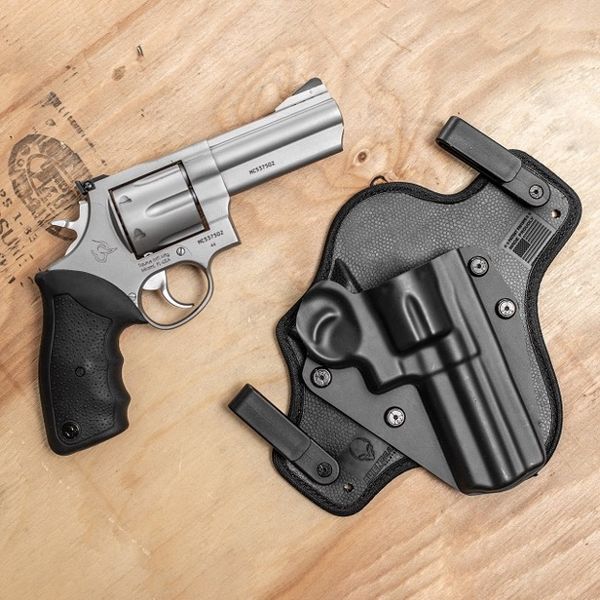 The .44 Magnum and .44 Special have the same relationship (and an almost identical development story) as .357 Magnum and .38 Special.

The more powerful cartridge was developed using the less-powerful one as a test bed. When Remington (in both cases) went to make the new cartridge, they lengthened the case so it couldn’t be used in pistols made for the lesser cartridge.

It is, therefore, safe to fire .44 Special cartridges in a .44 Magnum revolver, but not the other way around. 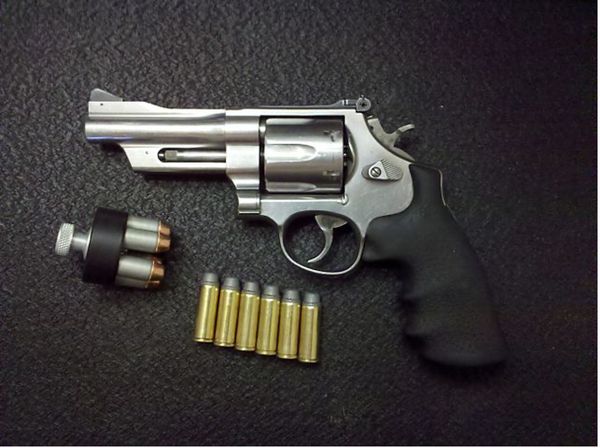 A select few revolvers are also made to fire either .45 Colt or .410 gauge shotgun shells. The Taurus line is not, but the S&W Governor IS made to accept moon clips, so .45 ACP can be used in those as well.

All the same ideas and guidelines regarding .357 and .44 Magnum apply here. You can use the bigger gun to fire the smaller bullet, but not the reverse at every level. 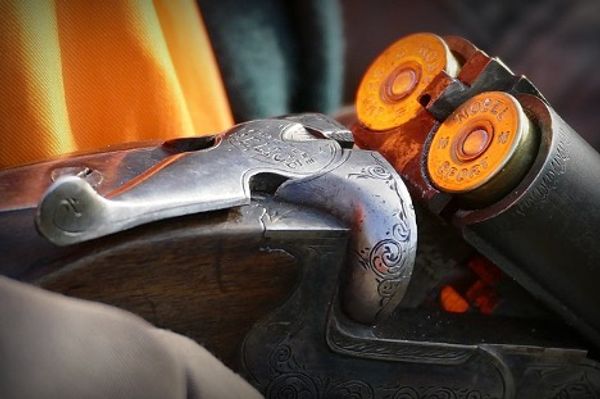 To start with, only use the correct bore (gauge) of shotshells for your shotgun. Now, onto chambers

Shotgun bores, as a class, typically will have more than one available chamber length.

For instance, 12-gauge shotguns are typically made with 3- or 3-½” chamber lengths. 2-¾” chambers are still made though very rarely; they were common on doubles from the early 20th century, which is why that shell size persists.

Any chamber length can fire a shorter chamber length, but not longer as the bolt will not go into battery. Thus, a 3-inch gun will also fire 2-¾” shells, and a 3-½” chamber will fire all of them.

Know which your shotgun has, and buy and use ammunition accordingly.

Be Careful With Child Cartridges! 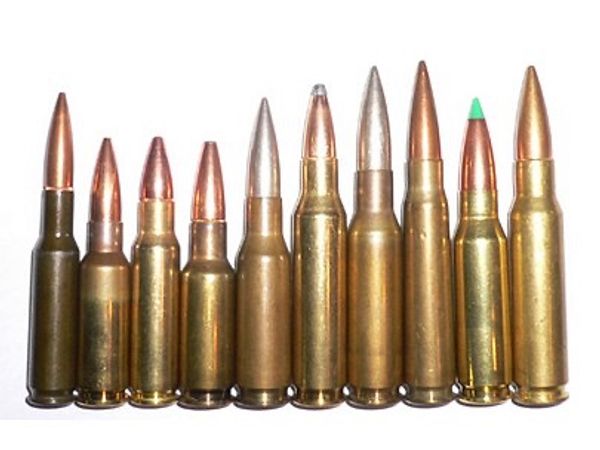 Rifle and pistol cartridges are sometimes used to create a new caliber and cartridge. When this happens, the original cartridge is the parent cartridge, the new one is the child cartridge.

For instance, 10mm Auto can be trimmed back and necked down to seat a 9mm bullet, which is how .357 Sig was created.

What’s noteworthy here is that many child cartridges will headspace in a firearm for the parent cartridge as many rifles headspace at the shoulder.

Therefore, be very careful not to mix any child cartridges with the parent cartridge. A bullet that’s too large will slam into the chamber and rupture. Too small and the bullet won’t engage the rifling.

This is why it’s very important to never mix ammunition.

If In Doubt, Don’t Take Chances 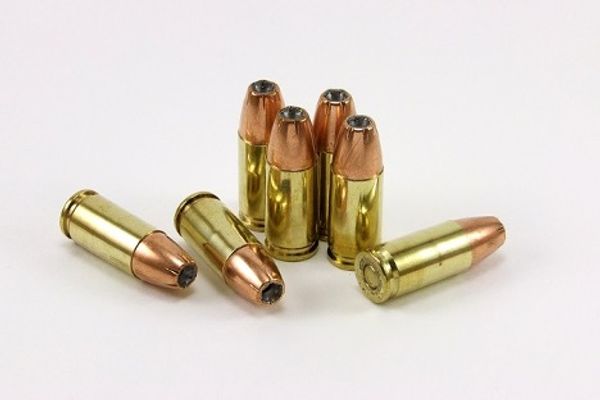 Some people can also get confused about calibers, or just straight up don’t know what they’re doing.

Unless you know to a certainty that a different cartridge will headspace and fire correctly because it’s definite that the cartridges in question are interchangeable and/or it’s stated by the manufacturer, don’t attempt it. 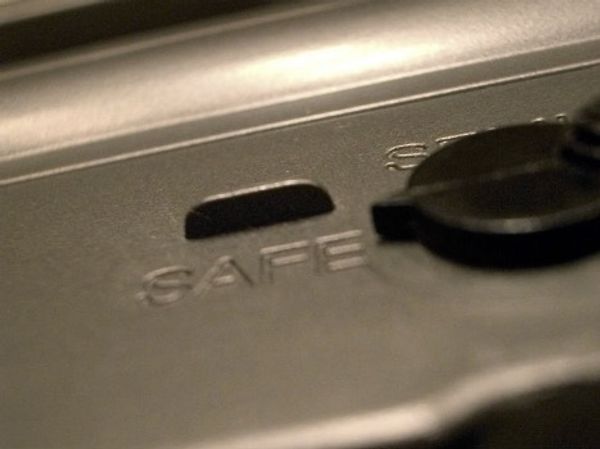 Most errors in gun safety are almost always caused by someone who isn’t paying enough attention. This goes for errors in ammunition safety as well as for any other lapse in gun safety practices.

Most people know to only use the ammunition that their gun is made to use. Occasionally you get someone led astray by poor advice (oh, the X will take Y no problem; works for me…) but more often than not it’s just down to not noticing something due to inattentiveness.

Store all ammunition in separate, labeled containers, and make sure those containers go with you to the range.

Taking a bit of care when you handle or operate firearms will go a very long way to ensuring you never have any sort of accident.