The U.S. firearm homicide rate spiked 35% in 2020, the first full year of the coronavirus pandemic, rising to the highest level in almost three decades of record-keeping, according to data released this week by the Centers for Disease Control and Prevention.

The agency reported 19,350 firearm homicides in the U.S. in 2020, compared with 18,253 in 1993, the first year for which Bureau of Justice Statistics data are available, although the per capita death toll was higher that year. 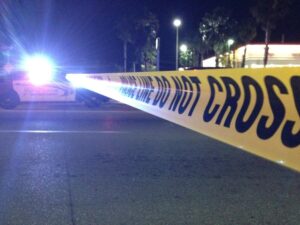 Gun homicides increased across every age group and ethnicity, as well as in rural, suburban and metropolitan areas. The increase was disproportionately felt by non-Hispanic Black males between the ages of 10 and 44, however. Rates of firearm homicide were higher at higher poverty levels, where they also showed larger increases.

The CDC also reported 24,245 cases of suicide by gun in 2020, a 1.4% rise over the previous year. The bulk of the increase occurred among non-Hispanic American Indian and Alaska Native populations, where the rate of suicide by firearm increased by 41.8%.

“The tragic and historic increase in firearm homicide and the persistently high rates of firearm suicide underscore the urgent need for action to reduce firearm-related injuries and deaths,” CDC Director Rochelle Walensky said in a statement. “By addressing factors contributing to homicide and suicide, and providing support to communities, we can help stop violence now and in the future.”

The extreme prevalence of guns in the U.S. makes comparing firearm homicide rates in America with those in other countries difficult. The United Nations Office on Drugs and Crime, however, compared overall homicide rates during the early months of the pandemic in several countries. In most cases, homicides fell sharply during the early stages of the pandemic, when lockdowns were in force across many nations.

“Record increases in gun sales, children homebound like never before, social isolation, and economic struggles due to COVID-19 put many people at increased risk for gun violence,” the group Everytown for Gun Safety said in a statement. “The pandemic has also highlighted the danger of having weak gun laws that enable easy access to firearms by people with dangerous histories.”

Fred Guttenberg, a gun safety activist, pointed to the sharp increase in firearm sales during the pandemic as the root of the problem. Guttenberg’s daughter, Jaime, was murdered in 2018 during the mass shooting at Marjory Stoneman Douglas High School in Parkland, Florida,…

“I would point out, first of all, that last year from coast to coast — in other words, from Philadelphia to Portland (Oregon), we saw in Democrat-controlled cities homicide records being set,” Erich Pratt, senior vice president of the Gun Owners of America advocacy group, told VOA.

Pratt said numerous public policy decisions made at the local level by “leftist politicians” caused a spike in violent crime, including the abolition of cash bail, early release of certain criminal defendants, and calls to “defund” the police.

“The murder rate, which had been on a downward trend for over 20 years, all of a sudden spiked over the last two years,” Pratt said. “And that’s not surprising, given what was happening.”…