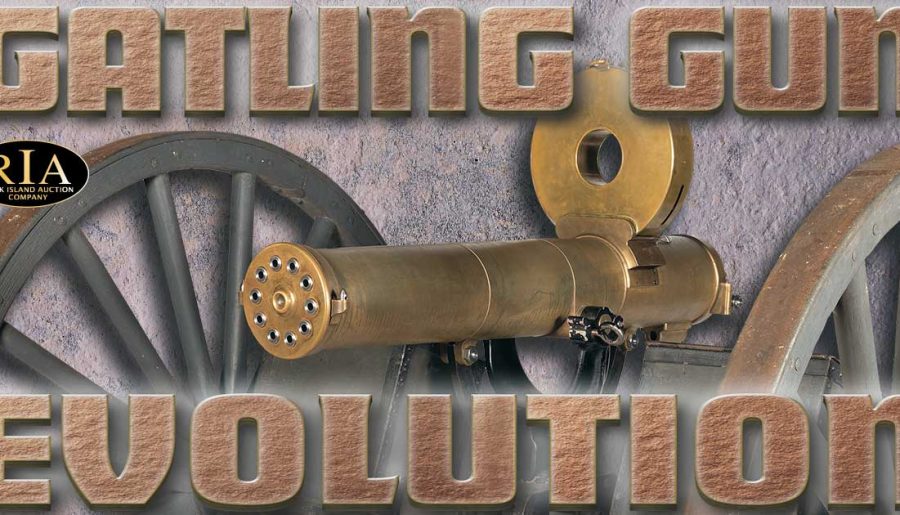 Few weapons in history are as famous or as impressive as the Colt Gatling Gun. Richard Gatling’s rapid-fire, multi-barrel invention was originally designed in the optimistic hope of decreasing the number of wartime deaths caused by infectious diseases by reducing the need for large military forces. Tacticians came to instead view the Gatling gun and its machine gun successors as force multipliers that would significantly change the face of warfare and set the stage for the industrial-scale firepower unleashed during World War 1. 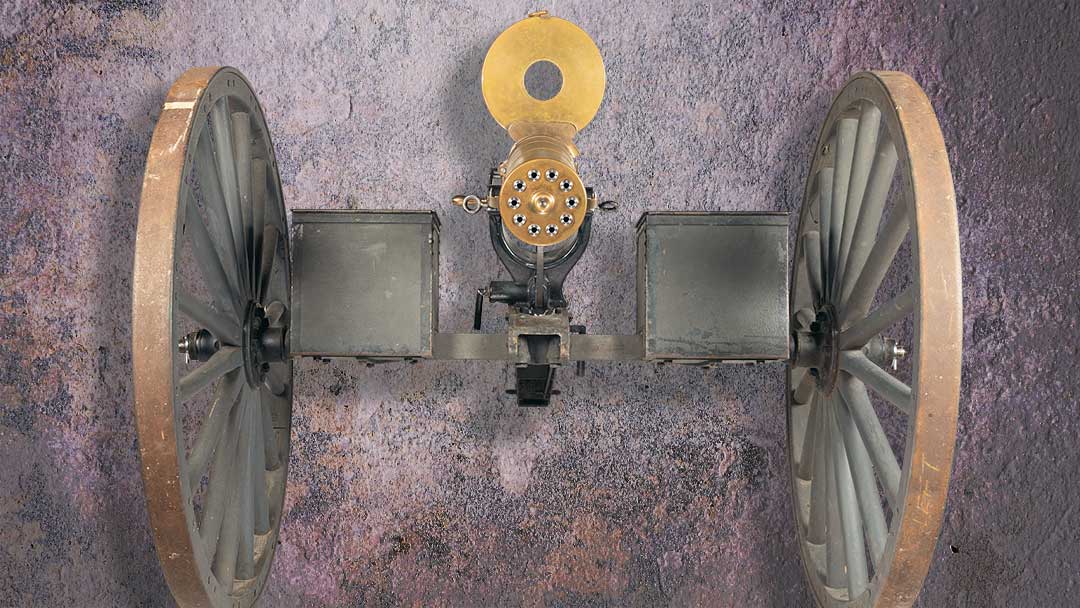 A fine representative example of a U.S. Government inspected Colt Model 1883 Gatling gun which would have been well-suited for field use given its full size carriage.

Richard Gatling was not just one of 19th century America’s greatest gun inventors, but an accomplished designer all around. Gatling’s work included improvements to agriculture equipment and new designs for steamboat technology. Little more than a decade after receiving a medical degree from Ohio Medical College, Dr. Gatling turned his attention to the grim science of warfare.

The early months of the American Civil War resulted in shocking casualty numbers. Dr. Gatling set out to invent a gun that could help reduce the number of men on the battlefield and in turn diminish the devastating losses suffered from disease in the camps. This new multi-barrel, crank-operated gun would, Gatling hoped, with its rapidity of fire, “enable one man to do as much battle duty as a hundred, that it would…supersede the necessity of large armies.”

When the Gatling gun was invented in 1862, military strategists were uncertain how to best utilize this new killing machine on the battlefield. Union bureaucrats were skeptical of many new firearms breakthroughs that occurred during the Civil War. Despite the Gatling gun’s successful early trials, Brigadier-General James Ripley, the Union Chief of Ordnance, balked at the Gatling gun price tag. Some in the media were more forgiving.

“One of these guns, with its appendages added, costs $1,500,” the Indianapolis Evening Gazette observed in 1862. “A regiment of men ready for the field costs about $50,000, and it takes $150,000 to keep a regiment in service twelve months. It will be seen … that it would be a great economy to use the Gatling gun.” 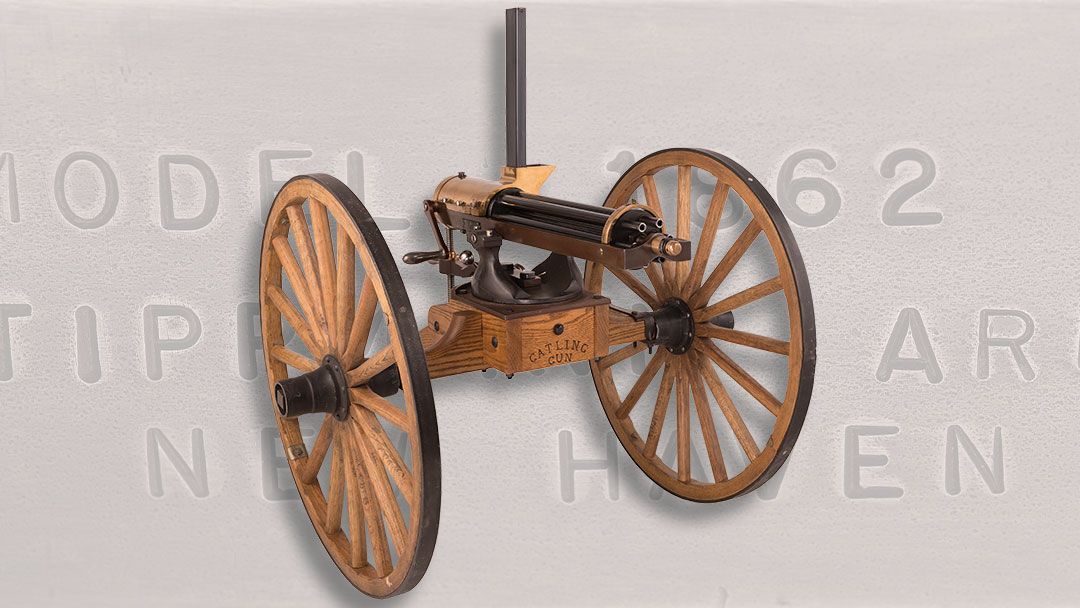 For perspective, the cost of artillery was significantly cheaper than the Gatling gun. Field Artillery Weapons of the Civil War by Hazlett, Olmstead, and Parks cite the approximate cost for a 10-pound Parrott Gun at $198, a 3-inch Ordnance Rifle at $359, and a 12-pound Napoleon cannon at $822. Given the Gatling gun’s high cost and the confusion as to how the new weapon would fit in with the conventional tactics of the day, the Union’s reluctance to adopt Gatling’s invention isn’t surprising. 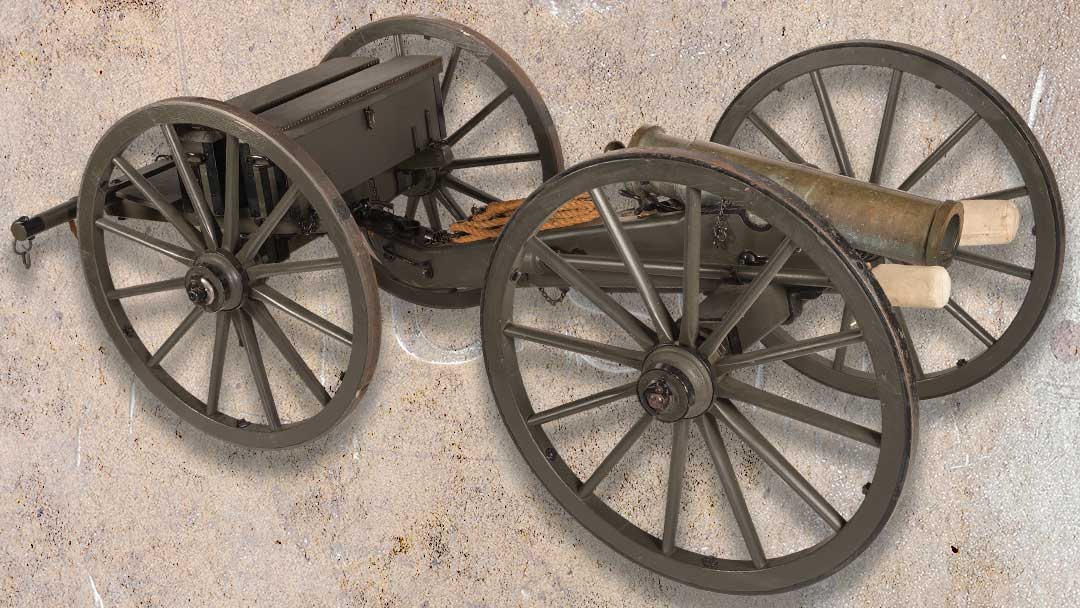 The Gatling Gun in Combat

General Benjamin Butler purchased eight of Gatling’s “Battery Guns” out of his own pocket and positioned them to defend his trenches during the brutal Siege of Petersburg. Other Gatling guns were privately purchased for use on Union gunboats, and by 1866 the U.S. Army officially adopted Gatling’s invention. 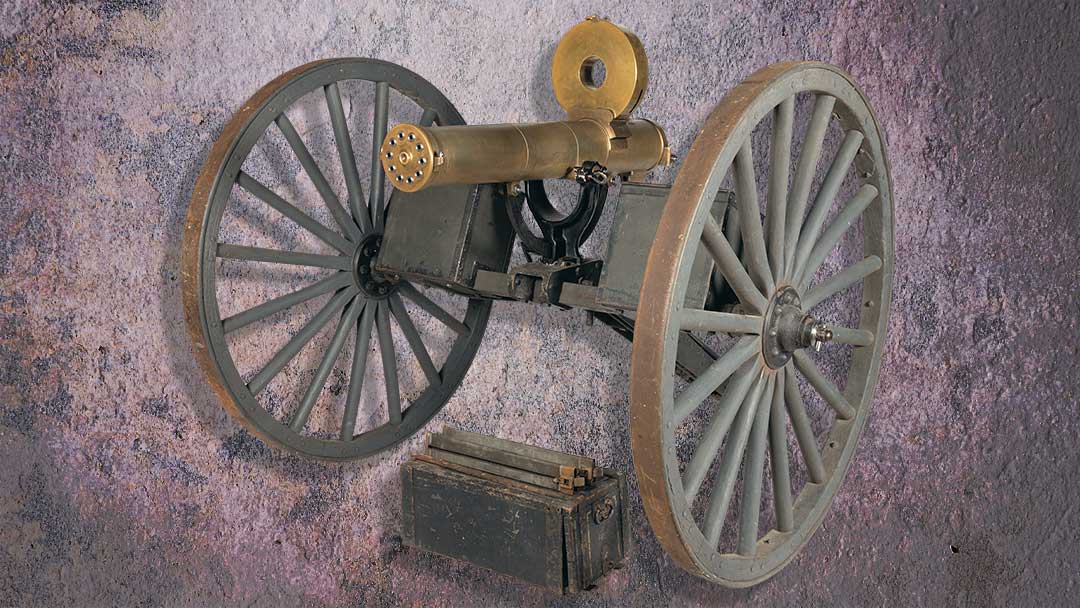 Richard Gatling’s Model 1862 was the first step in a long line of innovations for the Gatling gun design. Gatling guns could be fitted to a variety of carriages and mounts and were especially suited for naval service. As an anti-infantry weapon in the field, military strategists used the Gatling gun to repel massed attacks and provide suppressing fire before a major charging maneuver.

The Gatling gun also became an ideal crowd control weapon and was deployed against strikers and protestors during the Labor Wars of late 19th century America. According to The Gatling Gun by Wahl and Toppel, “Time and again, during its long history, the Gatling Gun proved itself a ‘super riot gun’-a little of its characteristic ‘music’ or just the sight of its menacing multiple muzzles was usually enough to discourage a mob.”

Colt’s Patented Firearms Manufacturing Company in Hartford, Connecticut produced all Gatling guns for the domestic U.S. market from 1866 to 1903 and continuously improved and experimented with the platform. The original Gatling gun design could fire 200 rounds per minute, for example, but was quickly surpassed by later iterations of the Gatling model, which were eventually capable of achieving firing rates as high as 1,500 rounds per minute. 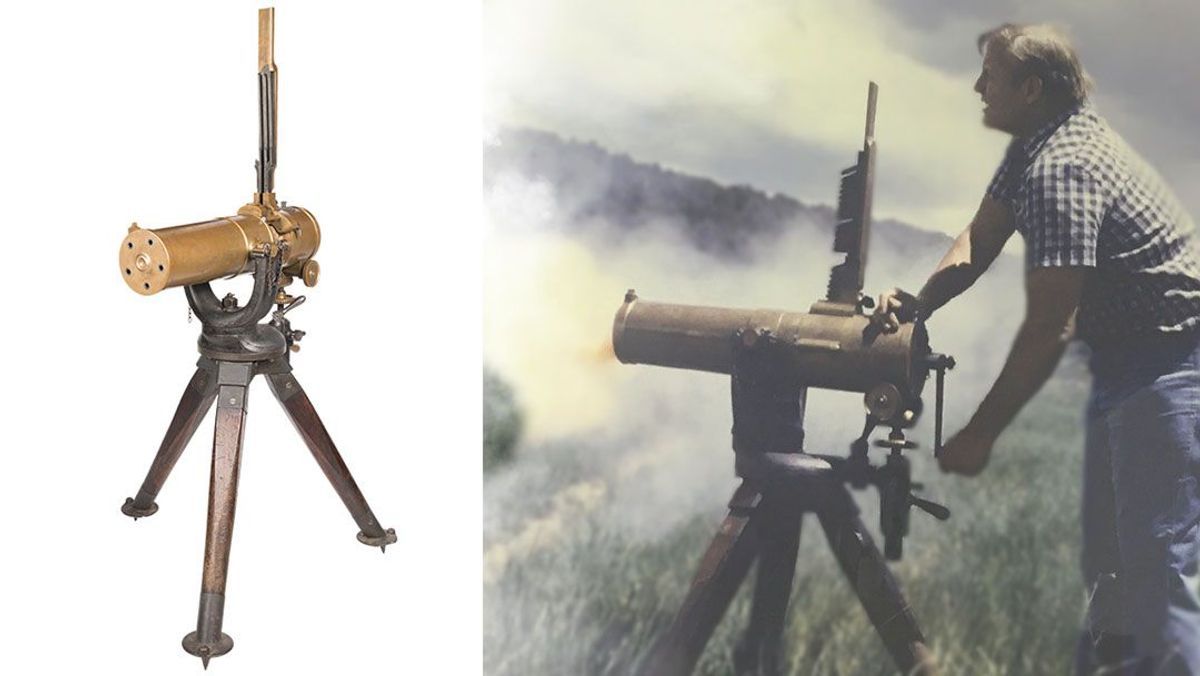 A U.S. Army Colt Model 1877 Bulldog Gatling Gun from the George Moller Collection, one of 17 purchased by the American military, sold for $345,000 in Rock Island Auction Company’s Premier Auction.

Over its four decades of service, the Colt Gatling gun design also saw several different cartridge feed systems in order to increase reliability and firing rate. The first Gatling gun models had simple hopper feeds with limited capacity. Cartridges could be placed in tinned sheet-iron boxes that lacked springs and followers, serving only to guide the ammunition into the hopper to assist in loading. The 1871 pattern Colt Gatling gun introduced an early box magazine with a retaining flap held closed by a spring catch, and one year later the Gatling Gun Company patented the Broadwell drum. 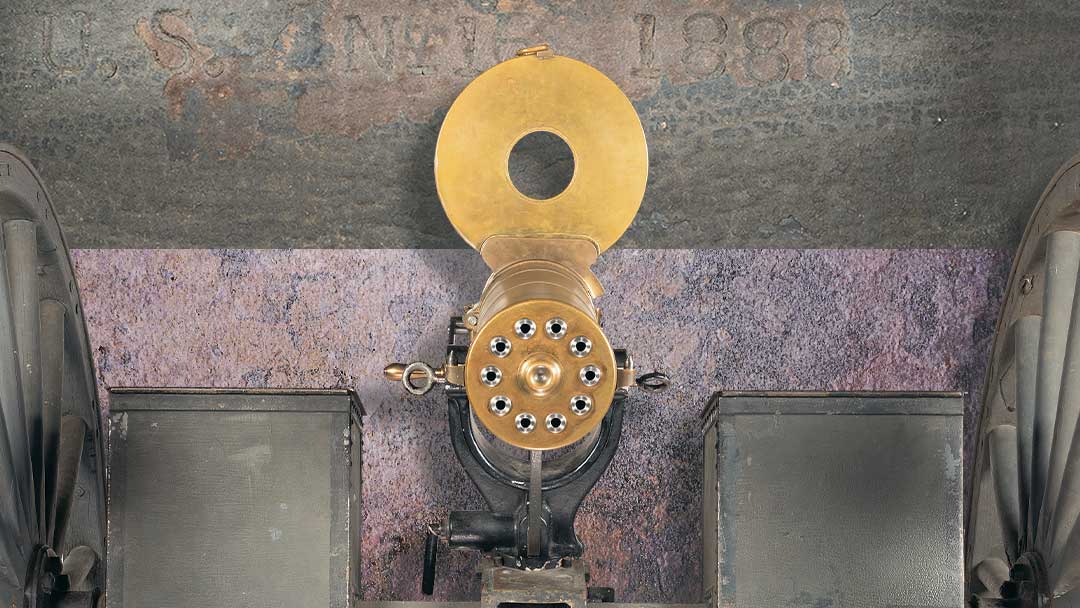 This Colt Model 1883 Gatling gun comes with an original carriage and storage boxes for magazines and other equipment.

The Broadwell drum was invented in 1872 by Lewis Wells Broadwell, a European sales agent for the Gatling Gun Company. This pioneering drum magazine used multiple stacks of cartridges all pointed towards the center and was set up for rapid manual switching from one stack to the other allowing for hundreds of rounds to be fired without reloading. Nearly a decade later, Lucien Bruce patented a system for the Gatling gun called the Bruce Feed, a piece of Gatling feeder technology using vertical magazines that retained many of the advantages of the Broadwell drum and could be kept topped off while the gun was still in use. 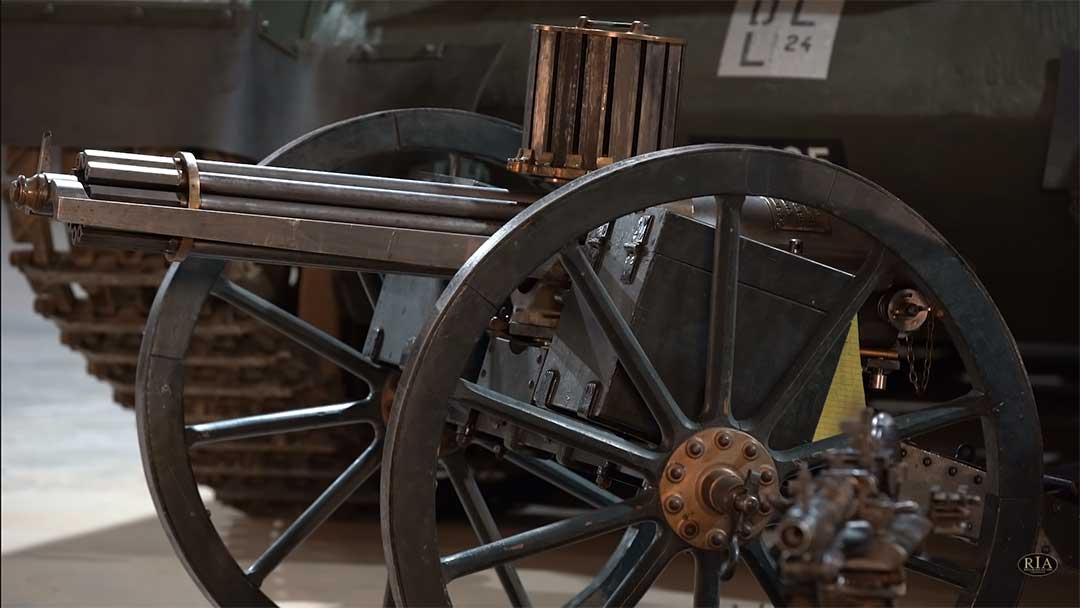 All of the aforementioned Gatling feeder systems relied on gravity, which worked well enough when the Gatling gun was resting on a level surface. Gravity-fed Gatling guns experienced higher malfunction rates when the ground was markedly uneven, however. An Australian engineer and explosives expert named James G. Accles came up with an innovative solution. 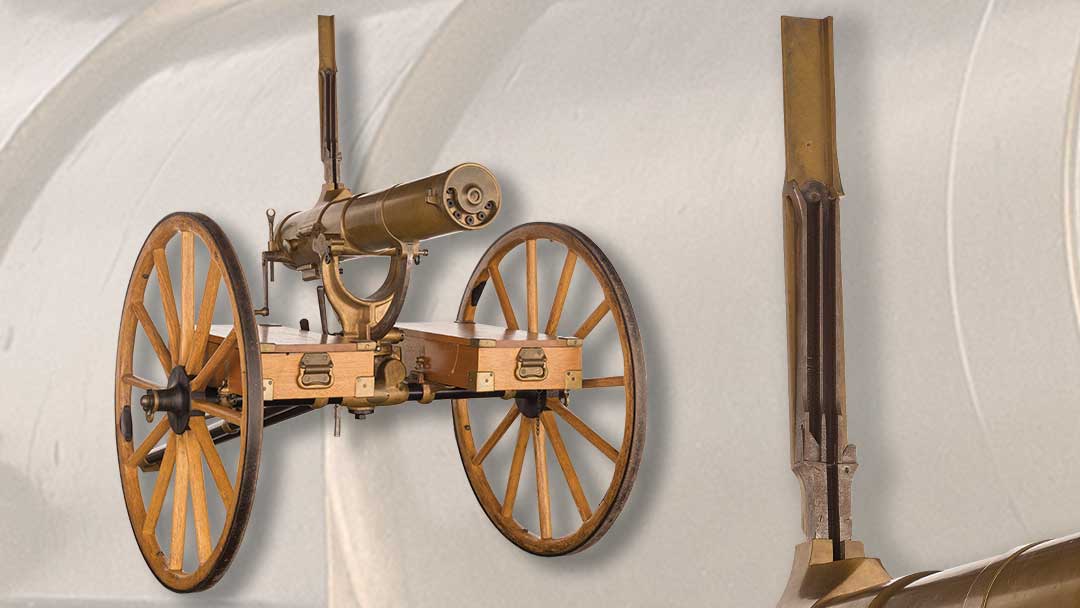 The Accles drum was the most advanced piece of Gatling feeder technology manufactured for the Gatling gun platform. Holding 104 rounds of .45-.70 ammunition, the donut-shaped Accles drum had an onboard sprocket/rotor driven by the Gatling gun crank which allowed for higher and more consistent rates of fire than the gravity-fed magazines of earlier models. 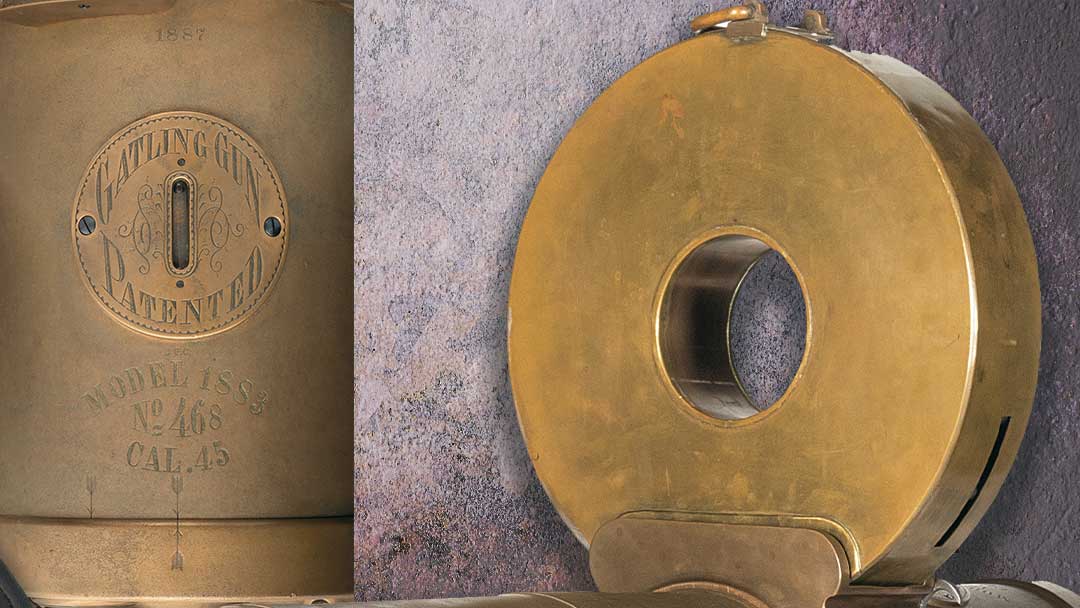 The Accles positive feed magazine, Patent No. 290622, dated 18 December 1883, was one of the first snail-style drum magazines.

One of the first snail-style drums, cartridges loaded into the brass Accles drum were pushed along a spiral track and into the Gatling feed by a driver geared to the gun’s rotating barrels. 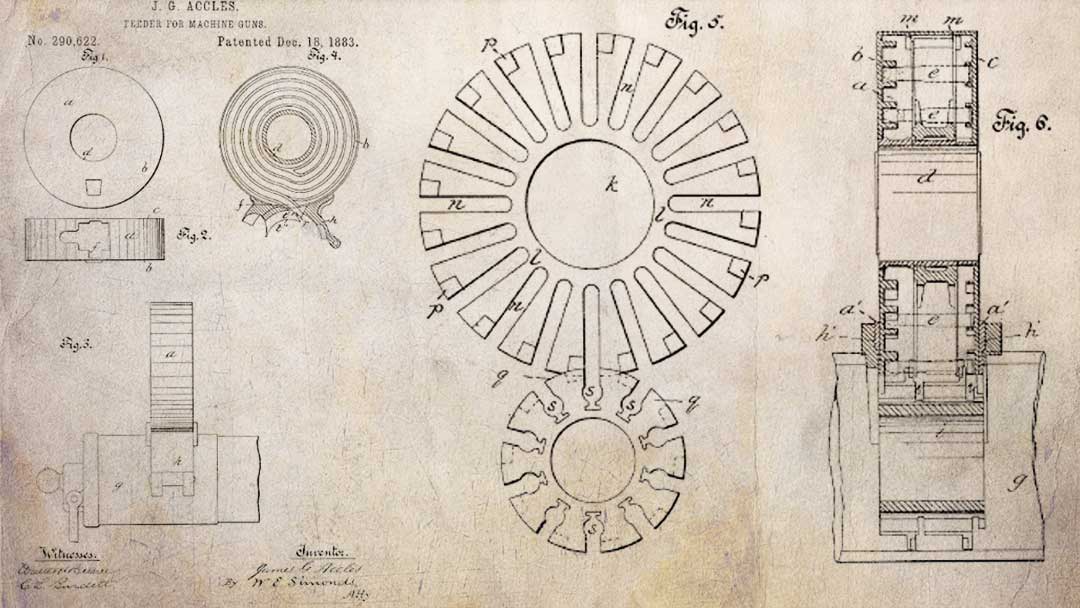 While a remarkable magazine design when clean, the Accles drum proved far too fragile for sustained field use. The delicate system could also fail if it was dented by mishandling or struck by enemy fire, and the military soon retired the Accles drum in favor of the more durable Bruce feed system. 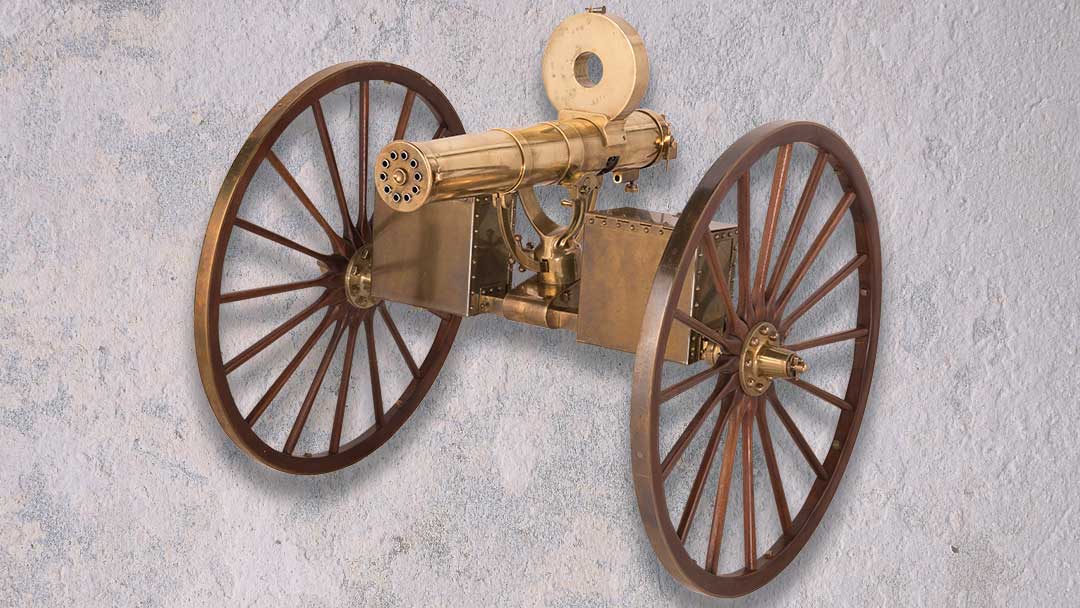 Similar to its 1877 Bulldog sibling, the 1883 Colt Gatling gun integrated a full brass housing from the barrel group, which protected the mechanism from debris, sea spray, and other hazards. The gun became popular with the U.S. Navy as a result. 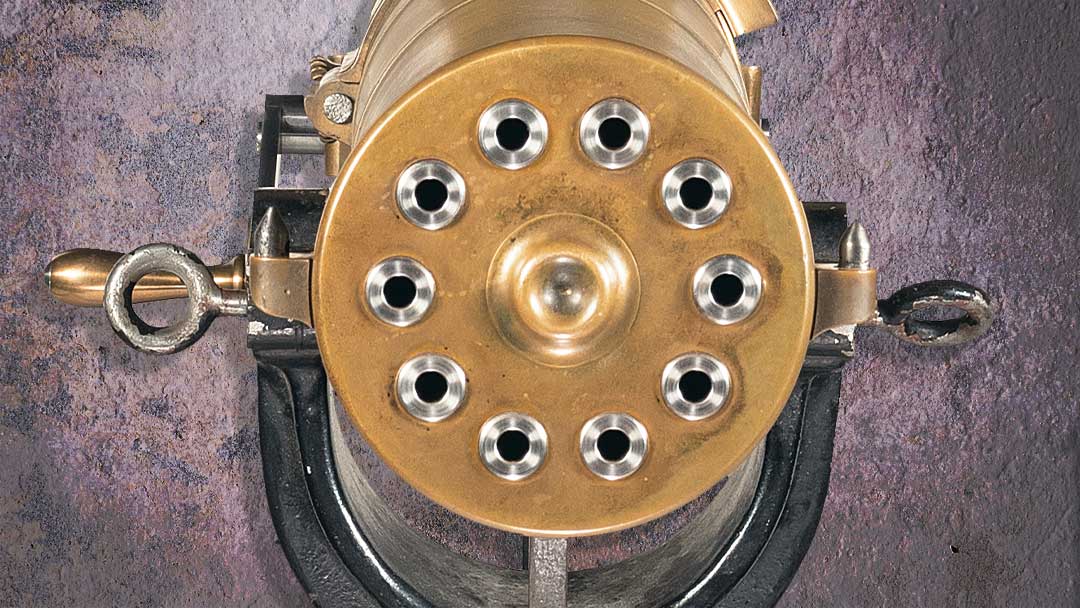 The Model 1883 Gatling gun could spit 800 rounds per minute in its original side crank firing configuration, and some models were later converted to a rear crank design that could achieve an even higher firing rate. Two sets of sights allowed the 1883 Gatling gun to fire with either 405 or 500 grain bullets without correction. 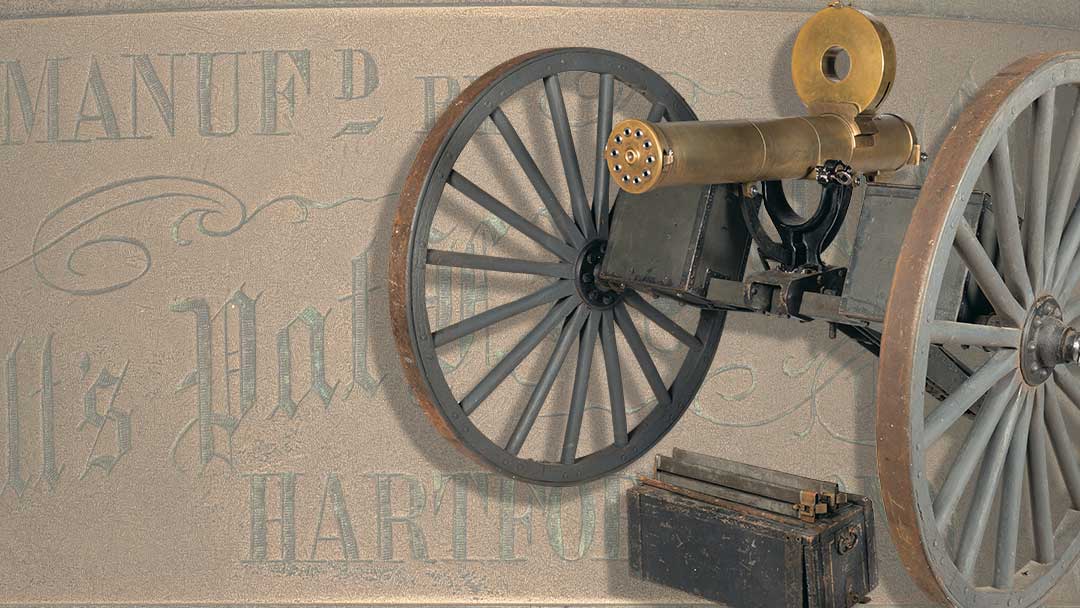 Given their history and scarce production numbers, any Gatling gun already checks off a grocery list of characteristics desired by serious arms collectors. The 1883 Colt Gatling gun’s brass aesthetic and unique Accles positive feed drum is an even greater rarity that illustrates the beauty and innovation of late 19th-century engineering.

The Gatling Gun vs the Machine Gun

Gatling guns demonstrated the utility of high-volume firepower on the battlefield and forever changed the course of warfare. The United States and Britain continued to employ multiple versions of the Gatling gun into the early 20th century, when the first true recoil-based machine guns like the Maxim design quickly gained traction. 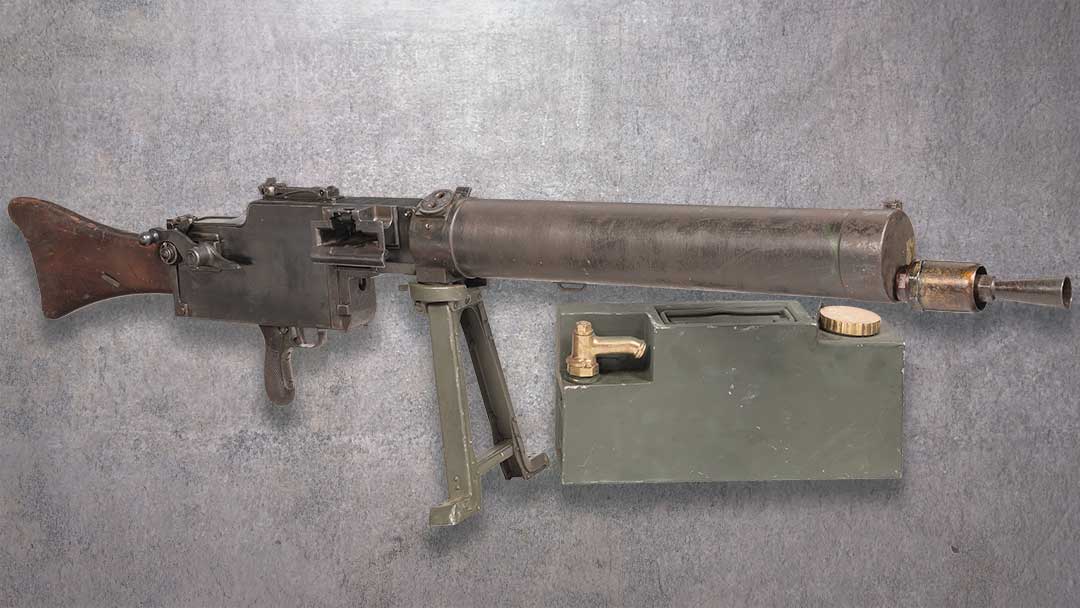 Where Gatling guns of the era required a hand crank to rotate the barrels into battery and fire, machine guns like the Maxim gun were designed to use the energy of recoil to mechanically cycle themselves. Although the Gatling gun design was declared obsolete before the outbreak of WW1, its story was far from finished.

The Gatling gun is a powerful platform, even more so when paired with a motor. In 1890, the Crocker-Wheeler Motor Company of New York demonstrated an electric Gatling gun to the U.S. Navy. The prototype fit an 80 volt motor with a current of 3 to 3.5 amps to a Gatling gun equipped with an Accles feed system and a clutch that allowed the gun to be operated either electrically or manually. Even when geared down, the gun could fire at a blazing rate of 1,500 rounds per minute. 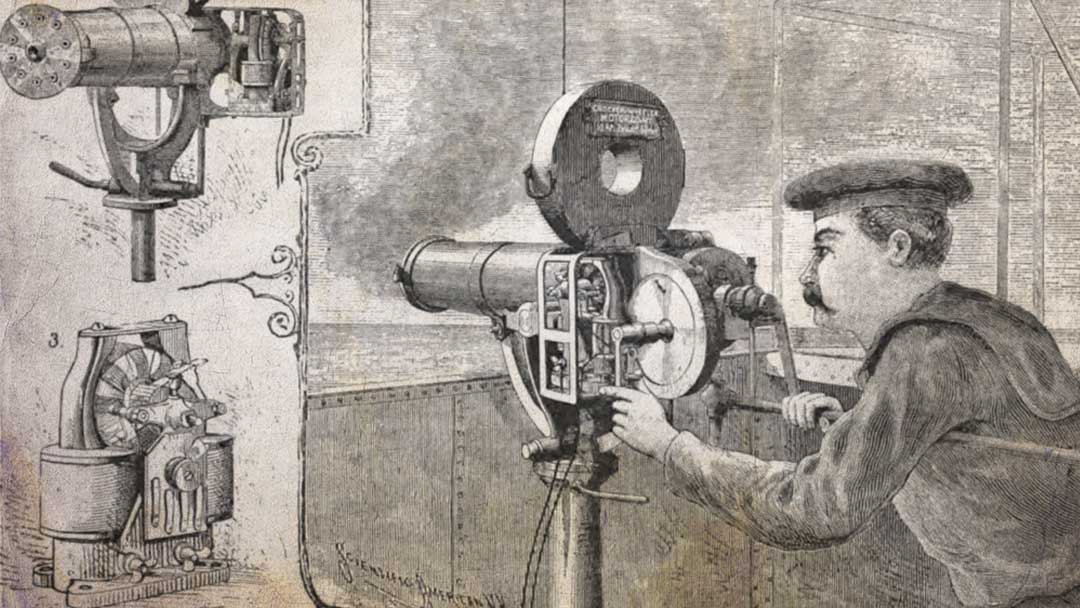 Though the Crocker-Wheeler version of the electric Gatling gun was never adopted, the concept saw a resurgence after WW2 with the M61 Vulcan, the M134 Minigun, and the A-10 Warhog fighter’s Gau-8/A Gatling-type seven-barrel cannon. The GAU-8/A Avenger cannon and its naval cousin, the Phalanx Close in Weapons System (CIWS) are widely used by the U.S. military, demonstrating the adaptability of the design Dr. Richard Gatling developed 160 years ago.

Despite their relatively long production period, only around 1,300 Gatling guns were manufactured by Colt across all models. Many Gatling guns saw hard service, and others were melted down for scrap during WW1, so finding surviving Gatling guns for sale today is a true rarity. 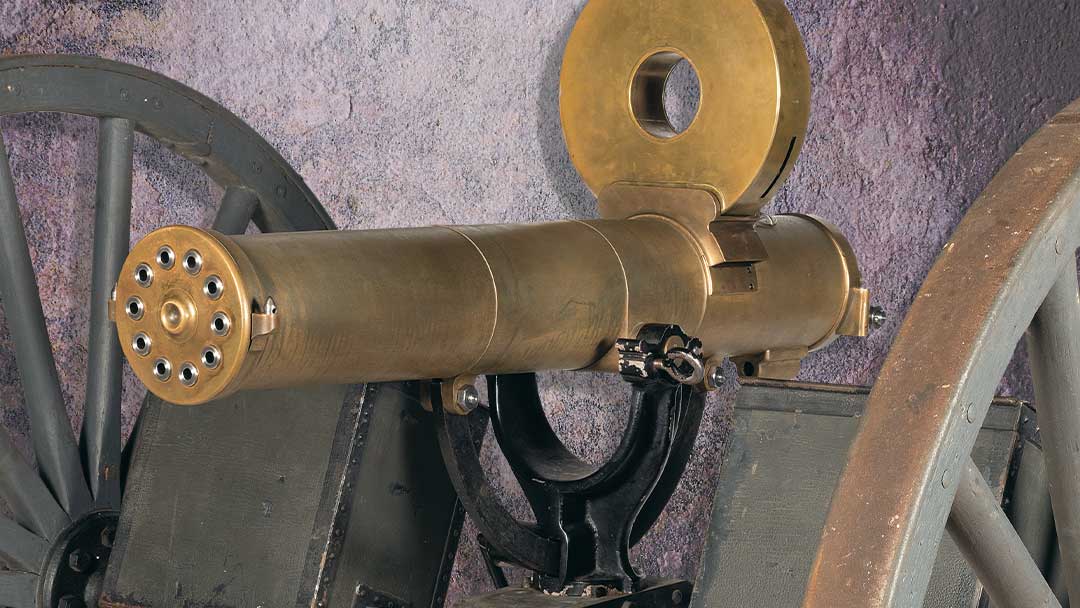 A handsome blending of brass and walnut, the Colt 1883 Gatling gun would be a standout piece in any museum, art gallery, or private collection.

Unique platforms like the Gatling gun carry fascinating histories, and you can subscribe to the weekly Rock Island Auction newsletter to receive new gun blogs and gun videos each week that dive deeper into the stories behind your favorite firearms. From pieces on the Gardner gun, the revolver vs the pistol, the development of the Uzi, and the origin of the Colt M16, we thoroughly explore the history of the gun and the men who pushed the boundaries of firearms technology and shaped our world today. 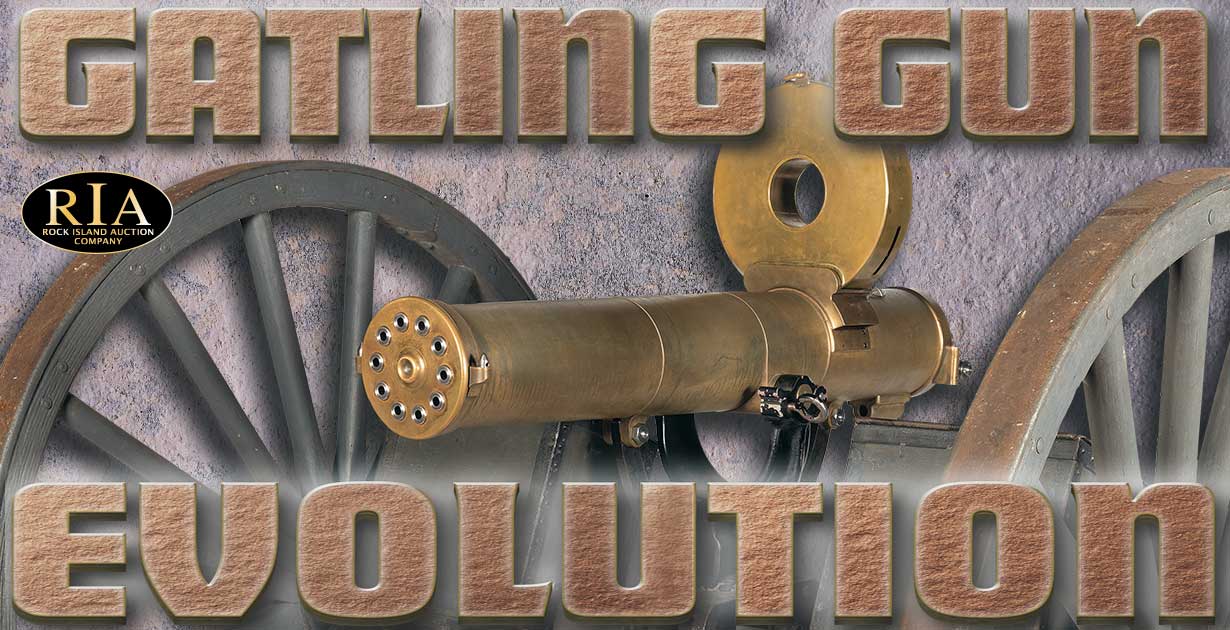