J. Edgar Hoover, the top crime fighter in American for nearly half a century as the director of the FBI from its founding in 1935 to his death in 1972, is one of the most controversial figures in modern American history.

He launched the FBI into the crime-fighting juggernaut it is today, taking steps to modernize its capabilities as it grew from just 700 special agents in the late 1930s. Now, the bureau has 35,000 special agents. However, under his leadership the bureau gathered information on friends and enemies to use against them if necessary. 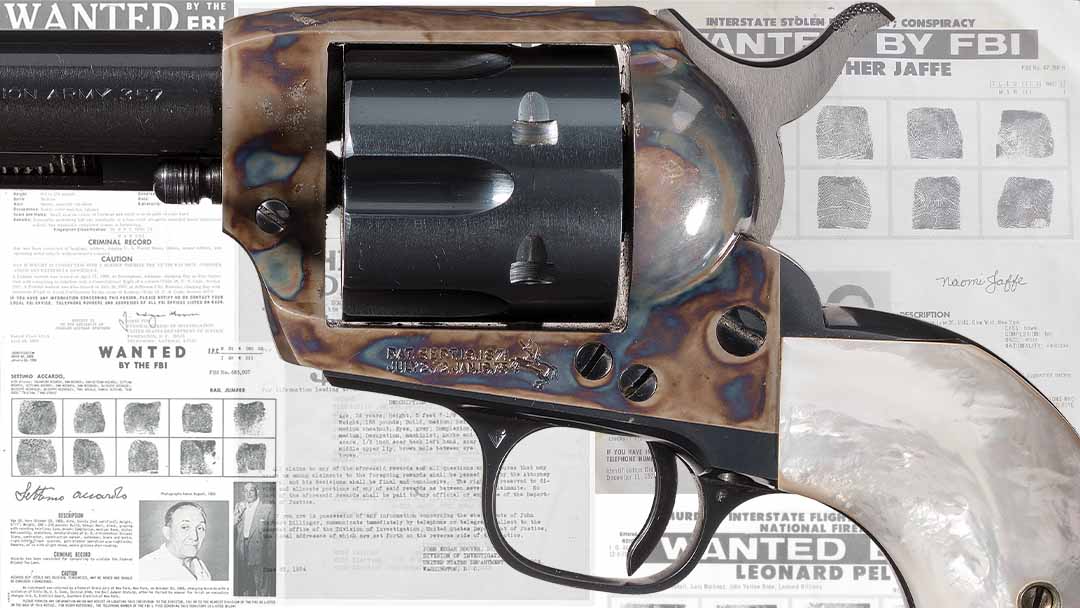 While he had supporters in the White House, like Presidents Franklin Roosevelt, Dwight Eisenhower, and Lyndon Johnson, there was also distrust from the Oval Office.

“… We want no Gestapo or secret police. The FBI is tending in that direction. They are dabbling in sex-life scandals and plain blackmail. J. Edgar Hoover would give his right eye to take over, and all congressmen and senators are afraid of him,” wrote President Harry Truman.

Announcing Hoover’s death, President Richard Nixon said, “Every American, in my opinion, owes J. Edgar Hoover a great debt for building the FBI into the finest law enforcement organization in the entire world.” His private comments about Hoover were far less kind and unrepeatable.

J. Edgar Hoover and the FBI

Hoover grew up in Washington, D.C., and first worked at the Library of Congress as a clerk before joining the Justice Department’s War Emergency Division. As the United States entered World War I in 1917, he was tasked with overseeing the alien enemy office, tracking German immigrants. 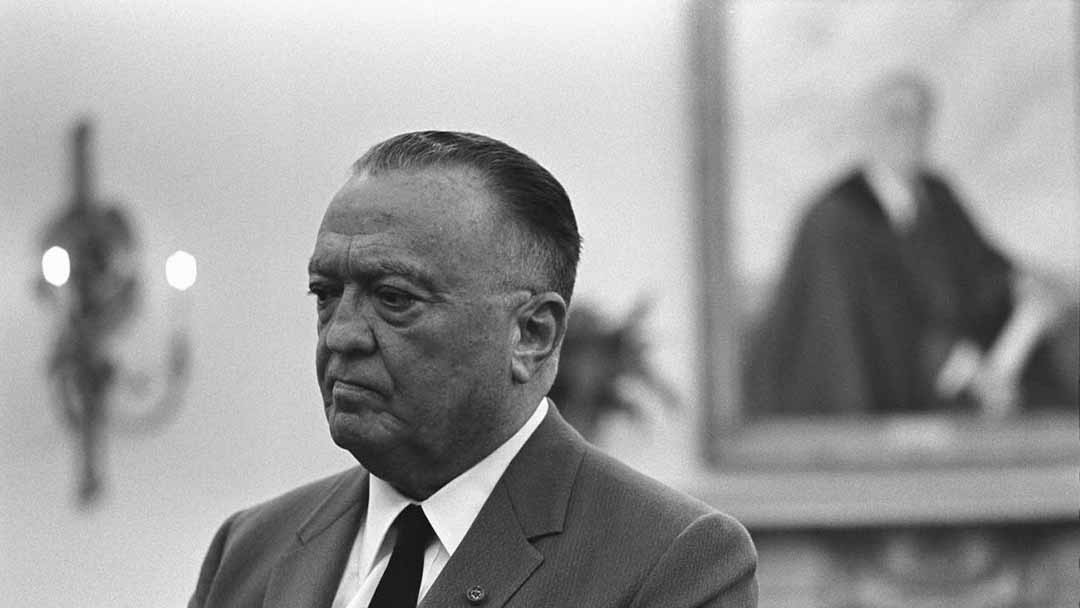 J. Edgar Hoover, the first director of the FBI who held the position for nearly 50 years. A Pre-War/Post-War Colt Single Action Army presented to Hoover is available in the May 13-15 Premier Auction as Lot 1185.

Background checks, interviews, and physical testing for new agent applicants became the norm as well as requiring legal or accounting training. He consolidated all fingerprint records into an Identification Division and established the Laboratory Division to apply scientific principles to investigations.

When the FBI was created in 1935, he became its first and only director for the next 37 years.

In the 1940s and 1950s the bureau focused on fighting Nazi and communist espionage, and, despite the growth of the mafia, the FBI mostly ignored organized crime. In the 1960s, the FBI monitored the civil rights movement and anti-Vietnam War protests. Hoover was reluctant to tackle civil rights crimes, putting the bureau’s focus on civil rights leaders, instead. 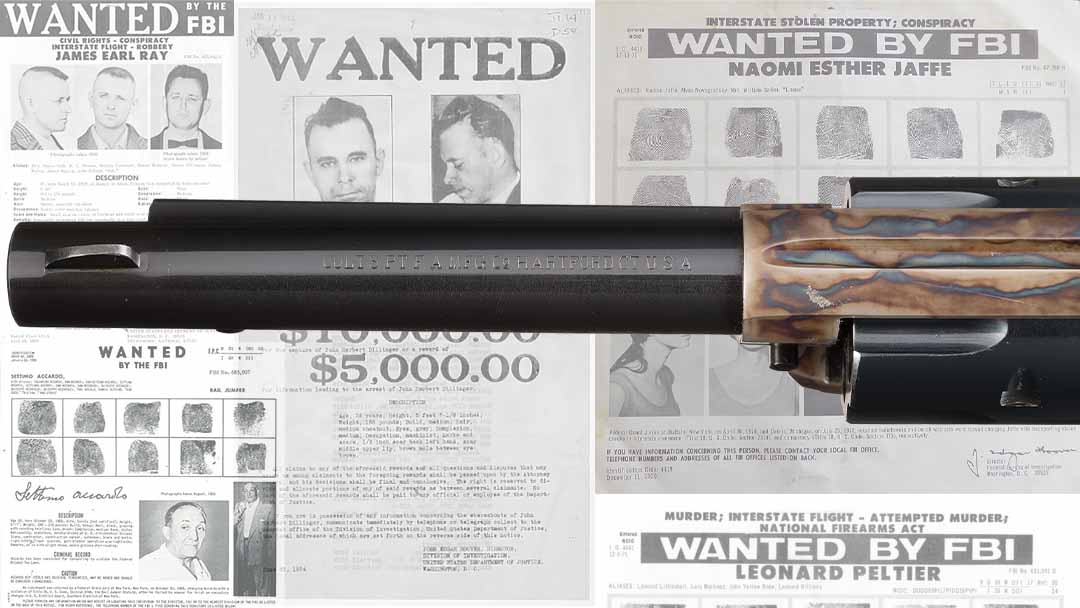 Lot 1185: This Pre-War/Post-War Colt Single Action Army was presented to FBI Director J. Edgar Hoover in 1948. This photo of the barrel and top strap show the bluing of the barrel and cylinder and the case hardened finish of the top strap.

Communism and the FBI

As director of the Radical Division, Hoover oversaw the Palmer Raids of 1919, so named for U.S. Attorney General A. Mitchell Palmer who ordered the roundups following public outrage over a series of bombings.

The raids, primarily aimed at Russian immigrants, included mass deportations. The largest of the raids occurred in 1920 when anywhere from 3,000 to 10,000 across 30 cities were arrested, far exceeding the number of arrest warrants issued. Many who were rounded up were only guilty of having a foreign accent as most were American citizens.

However, the raids now gave Hoover and the bureau the names of attorneys willing to represent radicals. One of those attorneys was Felix Frankfurter, a founder of the American Civil Liberties Union and a future Supreme Court justice. Hoover, a former library clerk knew that something that was misfiled would be difficult to locate, so items like a file about Frankfurter were simply mislabeled or misfiled. Frankfurter’s file was squirreled away under a larger group, the National Popular Government League, a group of lawyers that opposed the Palmer Raids, rather than placing it in an individual file. Files that couldn’t be found couldn’t be shared with other agencies or used as discovery at trial.

Hoover amassed a card index of 450,000 names with 60,000 that Hoover considered the most dangerous given detailed biographical notes.

The mass arrests chilled the leftist movement in the United States. At its height, the American Communist Party had 80,000 members but fell to less than 6,000 after the Palmer raids.

During the actions of the House Committee on Un-American Activities in the 1950s, Hoover would leak information about government officials he believed were secretly communist party members. 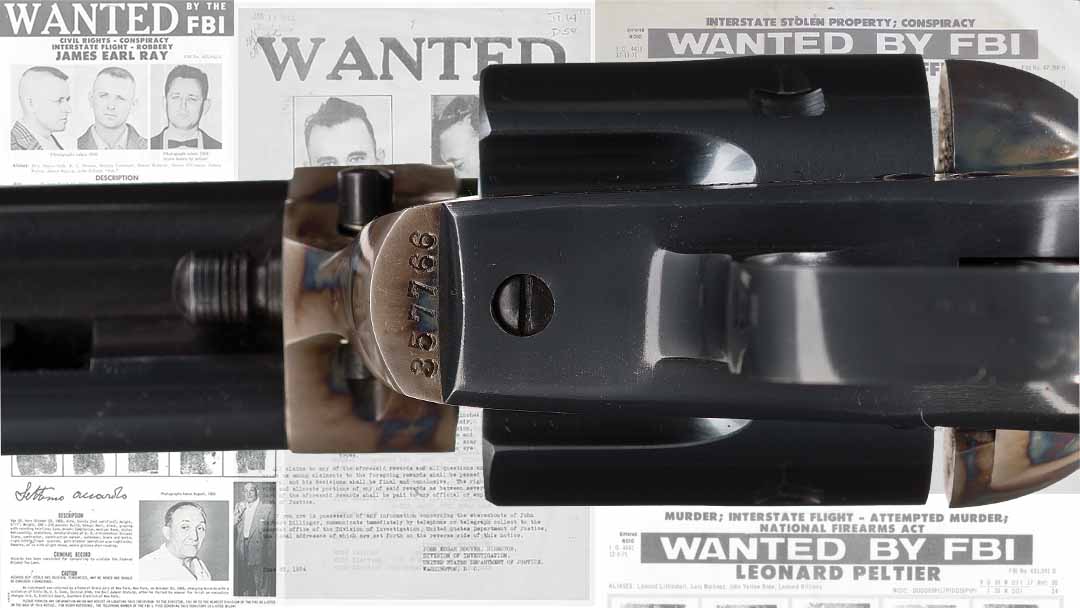 The FBI under Hoover collected information on all America’s leading politicians. It was later claimed that Hoover used this incriminating material to make sure that the eight presidents he served under would be too frightened of what he could release to fire him.

In 1949, Judith Coplon was arrested on a charge of espionage, believed to be a Soviet asset who worked in the U.S. Justice Department passing documents to the Russians. She was convicted, but the convictions were overturned on appeal after it came out that FBI agents used illegal wiretaps.

In 1950 at the outbreak of the Korean War, Hoover gave Truman a plan to detain 12,000 Americans suspected of disloyalty. Truman didn’t act on the plan.

There wasn’t just surveillance of these individuals and groups but also harassment. At one time, the FBI sent Martin Luther King Jr. a letter claiming to be from a former supporter with evidence of sexual infidelity which urged the civil rights leader to commit suicide.

Clyde Tolson, assistant director of the FBI and rumored to be Hoover’s lover, arranged for the destruction of all Hoover’s private files when the director died. A senate report in 1976 was highly critical of Hoover and accused him of using the organization to harass political dissidents in the United States.

Organized Crime and the FBI

Hoover was a reluctant warrior against organized crime and focused the bureau on rooting out radicals. Mobster Meyer Lansky claimed to have photographic evidence of Hoover’s homosexuality and used it to stop the FBI from looking into his activities.

In the 1930s, Hoover persistently denied the existence of organized crime, either simply ignoring its influence or choosing not to acknowledge it.  Toward the end of the 1950s, Hoover had nearly 500 special agents spying on communists and only four investigating the mafia in the New York City field office.

“Before the Apalachin summit changed everything, Supreme Court Justice Felix Frankfurter had a [personal file] card, but not Brooklyn crime boss Joe Bonanno,” wrote Gil Reavill in `Mafia Summit: J. Edgar Hoover, the Kennedy Brothers, and the Meeting That Unmasked the Mob.’ “In Sicily, one of the nicknames for the police is la sunnambula, the sleepwalkers. Hoover fit the bill perfectly.”

The Apalachin (New York) summit was a November, 1957 meeting of mafia bosses from across the country to discuss the recent ascent to power by Vito Genovese in New York City as well as the many facets of organized crime  ̶  racketeering, loan sharking, drug trafficking, and bribing public officials.

An eagle-eyed police officer spotted the many shiny Cadillacs parked at the meeting and quickly identified the hoodlums. Roads were blocked, police swept in, mobsters fled into the woods. Sixty were arrested.

The meeting and its implications toward national organized crime was an embarrassment to Hoover who had claimed for decades there was no such nationwide mafia.

Within days of the meeting, Hoover formed an anti-mob initiative, the Top Hoodlum Program to investigate  through human intelligence, wiretaps, both legal and illegal, and other methods. Congress passed a number of anti-organized crime bills in the following years, giving the FBI better tools to fight organized crime.

Following his death, Tolson and Hoover’s assistant were able to remove Hoover’s private files, but people were aware of how he operated and that things had to change at the FBI. A Congressional investigation showed that FBI headquarters had developed more than 500,000 domestic intelligence files on individuals and groups. Those files focused on groups and people who had revolutionary, racist, or extremist viewpoints, but in the 1960s included the civil rights, anti-war, and women’s rights movements.

Guidelines implemented in 1976 placed specific limits on FBI investigative procedures and how informants could be used. It was at this time that the FBI director was limited to a term of 10 years. 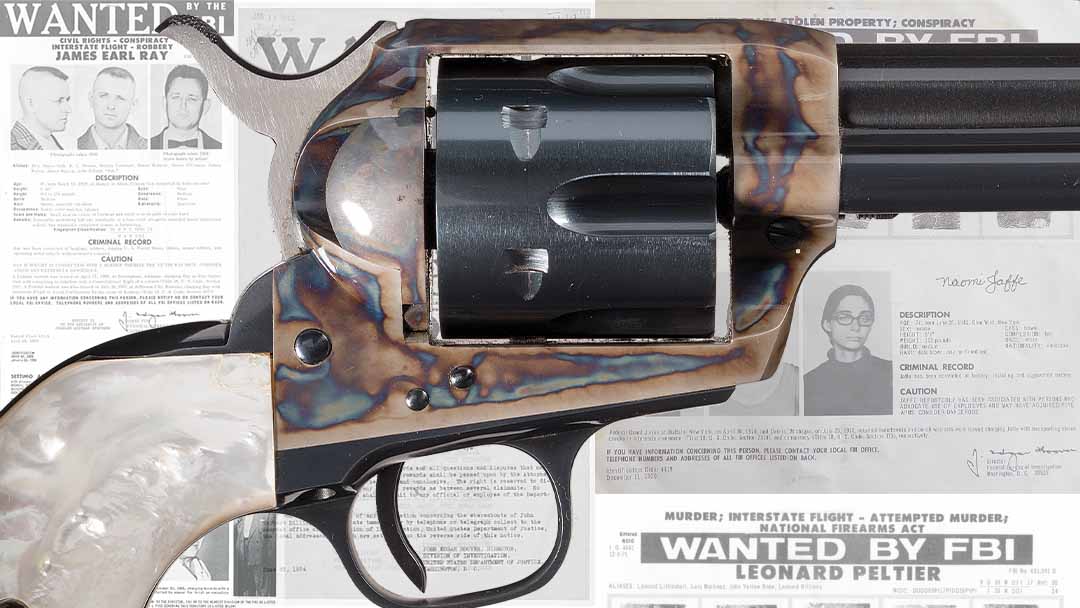 Lot 1185: This view of the Pre-War/Post-War Colt Single Action Army presented to FBI Director J. Edgar Hoover shows the case hardened finish on the frame and the blued finish on the barrel, cylinder and trigger guard.

The first generation Colt Single Action Army presented to Hoover is an excellent example of a scarce pre-World War II .357 Magnum revolver with a 1940 serial number that was assembled and finished after the war. It was kept in the factory until 1948 when it was sent to Colt President G.H. Anthony. Since the FBI was always procuring new arms, it only seemed right to foster a good relationship with the people who made decisions about what arms to purchase. The gun was presented to Hoover by Colt vice president Albert Foster.

The revolver, chambered in .357 Magnum with pearl grips, has a two-toned finish with a blued 5 1/2 inch barrel, cylinder, and trigger guard, and a casehardened frame. This revolver presented to Hoover, one of the most influential yet controversial figures of 20th century American history, is the finest, most historic Pre-war/Post War Single Action Army, and stands as a remarkable piece of memorabilia from the pinnacle of American law enforcement.

‘J. Edgar Hoover: The Man and the Secrets,’ by Curt Gentry

How J. Edgar Hoover used the Power of Libraries for Evil, by Alana Mohamed, Lithub.com

A 1957 Meeting Forced the FBI to Recognize the Mafia and Changed the Justice System Forever, by Lorraine Boissoneault, Smithsonian Magazine 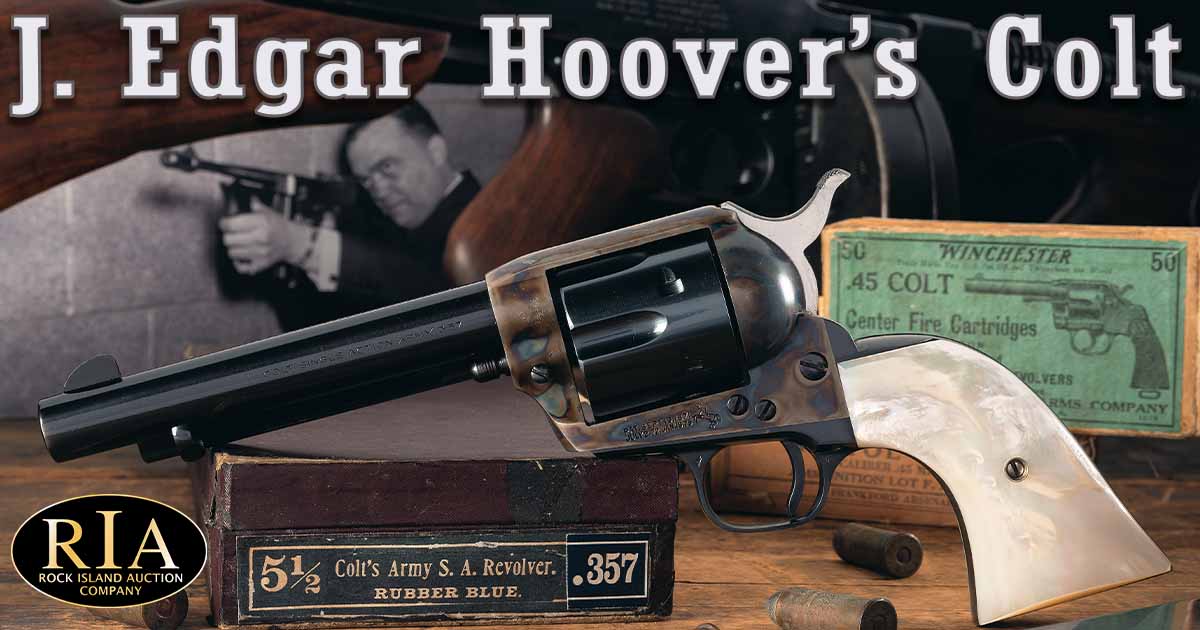