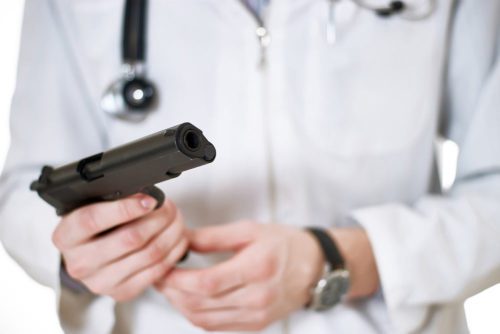 Bellevue, WA – -(AmmoLand.com)- Did you catch the video by Doctors for Responsible Gun Ownership (DRGO) at the Gun Rights Policy Conference (GRPC) this year? If you didn’t, now’s your opportunity to get up to speed.

Somehow the email from the Second Amendment Foundation that went out notifying me that the DRGO video was ready for viewing slipped through the cracks, and I recently found it cleaning out my inbox. I previously reported on the GRPC a couple of weeks ago, and do check out that article for a small rundown.

First off, the annual GRPC was held virtually this year. While many of the presenters expressed their willingness and hopes to have a live GRPC next year, a virtual event does have some merits in our current COVID world. All of the video presentations have been archived and they can be viewed on the Second Amendment Foundation’s youtube page HERE.

This year representing DRGO was Dr. Robert Young. Dr. Young gave a very impassioned and to-the-point speech about a doctor’s role, if any, in the world of the Second Amendment. From his speech:

We are the doctors who know guns. We are glad to be part of the second amendment foundation family since 2011…We are a nationwide organization of health care professionals and supporters who value honesty and human rights…Our second amendment activities are all volunteer, as we are all full-time practitioners. For 27 years now Doctors for Responsible Gun Ownership has been fighting the politicization of gun policy by know-it-alls in our profession. We base our positions on and educate others using the best data-driven science available, which consistently supports the net gain to public health from American citizens exercising their right to keep and bear arms.

Dr. Young talking about the advocacy and educating of others is illustrated by the number of cases, briefs, and activities DRGO has been involved in.

We view our educational mission very broadly. We have provided policy background and amicus briefs in major cases like Emerson, Heller, Peruta, and Walshlager. We publish position papers by our experts on issues such as easing access to suppressors, electronic medical records, and emergency protection orders. We have testified before national and state legislatures across the country and share our expertise with other activists.

Not wanting to spoil the entire presentation for you, however, one of the most notable lines Dr. Young said might be:

So far we strongly object to the notion that doctors have any right to ask patients routinely about gun ownership. That’s an ethical violation and malpractice if it leads to harm.

Given the large push from different organizations in the medical field to engage in the debate on firearm ownership, it’s refreshing to hear a physician say this matter is not under their prevue.

Dr. Young did continue on to discuss some very staggering statistics and facts. From his speech, you’ll learn a lot also about the push from those in the medical profession and government to make firearm ownership and Second Amendment related subjects akin to the tobacco industry. The difference here, one of these subjects is a constitutional right, and the other a harmful vice. But none the less the push to label firearms as a piranha has occurred and succeeded in many ways with help of the medical industry.

Meanwhile, when we get information from the talking heads over from professional organizations such as the American Medical Association and need to be biased towards what these “officials” may have to say. As Dr. Young pointed out:

Very few physicians want anything to do with the political goals of our professional organizations. That’s why the American Medical Association now represents less than 20 percent of American physicians, down from 80 percent some 50 years ago. When men were men, women were women, and doctors were doctors. But, that leadership has become progressively more progressive as private practices have become mostly replaced by institutionally owned medical practices and physicians have to meet insurance demands to get paid. These pressure providers to meet the agendas of those organizations, not just to do what is best for patients…and that my friends is a socialist progressive approach of modern medicine.

DRGO plays a very important role in combatting the anti-freedom caucus narrative. Their pragmatic and data-driven approach to the “gun issue” shows there really is no “gun issue.” Dr. Young really hit a home run with his 2021 speech representing DRGO. Take some time and give it a view. You can watch Dr. Young’s speech HERE or in the embedded video above:

More about DRGO from their webpage:

Doctors for Responsible Gun Ownership (DRGO) is a project launched in 1994 in response to a coordinated public health campaign against gun rights. DRGO is now a nationwide network of physicians, allied health professionals, scientists, and others who support the safe and lawful use of firearms. DRGO’s members include experts in public health, firearm technology, gun safety education, and tactical medicine.

Unlike many public health academics who claim to be experts on firearms, DRGO’s members and leadership are experienced in the safe and proper use of firearms. Many have advanced training or experience in firearm safety, firearm self defense tactics, and firearms technology. This fund of expertise, coupled with their medical and scientific training, uniquely qualifies them for a role in advising on firearm policy.

Originally conceived as a project of the Claremont Institute, DRGO is a project of the Second Amendment Foundation, a non-profit foundation promoting educational and legal action programs designed to better inform the public about the gun control debate. 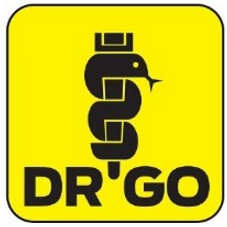 John Petrolino is a US Merchant Marine Officer, writer, author of Decoding Firearms: An Easy to Read Guide on General Gun Safety & Use and NRA certified pistol, rifle, and shotgun instructor living under and working to change New Jersey’s draconian and unconstitutional gun laws. You can find him on the web at www.johnpetrolino.com on twitter at @johnpetrolino and on instagram @jpetrolinoiii . 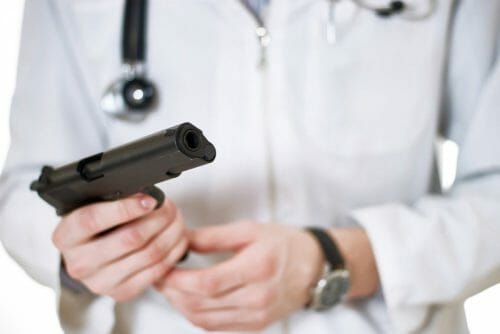