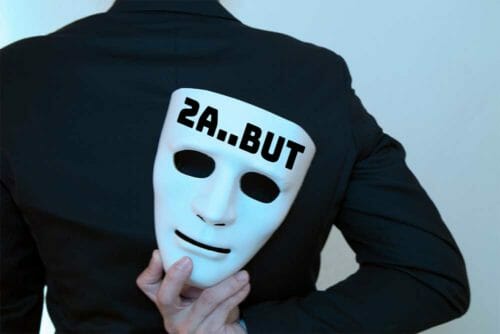 Virginia – -(AmmoLand.com)- Gun-controllers are scared to death that gun owners will cause Terry McAuliffe to lose the election in November.

For that reason, gun-grabbers desperately want to suppress the gun owner vote and that is why WE MUST ALL VOTE, VOTE EARLY, AND VOTE IN PERSON!

Apparently, in concert with the McAuliffe campaign, Dominion Energy is using so-called dark money to suppress gun owner turnout! No, I’m Not Kidding.

Here is a sample ad of what AVP is putting out:

First, we all know where Terry McAuliffe stands on our gun rights – he wants a semi-automatic rifle ban, magazine limitations, homemade gun ban, prohibitions on open carry, and much, much, more.

On the other hand, Glen Youngkin has shown zero support for any of McAuliffe’s draconian anti-gun measures. Yes, it is very frustrating that Youngkin has not returned his VCDL survey – he needs to return it if he wants to be considered for endorsement by VCDL-PAC.

But the real treachery here is by Dominion Energy for providing money used to put out phony “pro-gun” ads aimed at suppressing the vote of gun owners for Glen Youngkin.

Let’s make sure Dominion Energy knows that gun owners in Virginia do NOT appreciate the company interfering with our right to self-defense.

Let’s call them, email them, and protest at their office. Let’s make this protest go viral!

1) Call Dominion Energy at 866-366-4357 (available from 8am to 5pm M-F). You could say something like this: “I am disgusted that Dominion Energy would spend money to restrict my right to self-defense by giving $200,000 to a front-organization with the purpose of running ads to discourage gun owners from voting for Glen Youngkin. Dominion Energy needs to focus on energy and leave my rights alone!”

2) After you call Dominion and give them a polite, but firm, earful, click here to send them an email: www.dominionenergy.com/virginia/contact-us/customer-relations-form

Click “Virginia” for “State” and Click “Yes, and my issue is still unresolved” for “Have you spoken with a Customer Care Associate?” Then fill in the form and give them another polite, but firm, statement opposing Dominion Energy’s attack on our right to self-defense. Something like this: “Dominion Energy has lost my trust and goodwill by attacking my right to protect myself and my family! Giving $200,000 to a front organization with the intention of running ads to discourage gun owners from voting for Glen Youngkin is the worst kind of treachery.”

3) Dominion Energy’s headquarters is located at 701 East Cary Street, Richmond, VA 23219. VCDL is purposely not going to coordinate a formal protest at that location because that might be considered an “event” by Richmond and would prohibit the carry of firearms. However, now that you are aware of what Dominion Energy has done, nothing would stop you as an individual from going to the Dominion Energy building, bringing some signs indicating your personal displeasure, and walking around the building on the sidewalk to get the public’s and the media’s attention to Dominion Energy’s atrocious actions. If you do decide to express your displeasure in this manner, VCDL would love to have some photos of your personal protest (send the email to: president@vcdl.org). We definitely want Dominion Energy to feel some pressure for what they have done and the public to become aware of it.

Finally, the VCDL-PAC cannot endorse Glen Youngkin because Youngkin has not returned the VCDL survey. So, we are not 100% sure what he will do with the various kinds of gun legislation that might arrive on his desk as governor. That said, we DO know exactly what Terry McAuliffe will do because he has both told us what he will do and he has a record from his previous four years as governor.

Don’t use the Accountability Virginia PAC ads as a reason not to vote. Be sure to vote for the candidates of your choice in the General Election. Your future and your rights are in your hands. Spread this alert in the Virginia and broader firearms community!

Here is some additional news coverage of Dominion Energy’s betrayal.

Virginia Citizens Defense League, Inc. (VCDL). VCDL is an all-volunteer, non-partisan grassroots organization dedicated to defending the human rights of all Virginians. The Right to Keep and Bear Arms is a fundamental human right.