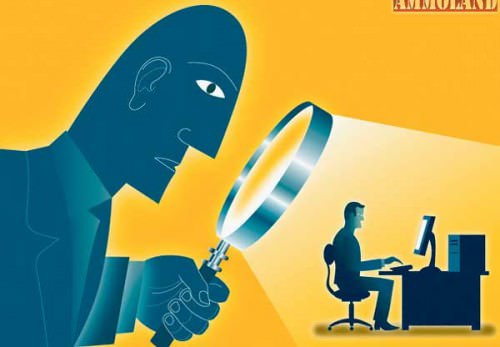 By John Velleco
….and that Many NICS Checks Are Not “Instant”

Each year, the FBI denies somewhere around 100,000 would-be firearm purchases — a statistic that the FBI is always proud to report. Those on the anti-gun Left, in turn, often tout this ever-increasing number of persons who have been denied the purchase of a firearm since implementation of the Brady Act on November 30, 1998. Through October 31, 2021, that number now exceeds two million NICS denials.

Gun control advocates point to this figure as proof positive that the NICS system works at stopping criminals from getting their hands on firearms. But their flawed assumption is that those who are denied by NICS are actually prohibited persons — something that is far from the case.

Notably, Second Amendment researcher and economist John Lott has claimed that as many as 99 percent of NICS denials are actually false positives — meaning the person denied is not actually a prohibited person.

On the other end of the spectrum, the Department of Justice tries to paint an entirely different picture, claiming that the FBI’s denial accuracy rate is between 99.3 and 99.8 percent — which, if true, would mean that almost no one is wrongly denied. Yet just about every week, GOA hears from its members and supporters who have been wrongly denied when attempting to purchase a firearm, and so the FBI’s claim seems suspect.

Indeed, documents recently received by Gun Owners of America (GOA) pursuant to a Freedom of Information Act (FOIA) request show that the FBI’s own records undermine its claim to near-perfect accuracy.

In response to GOA’s FOIA request, the FBI responded that “27.7 percent of [NICS] appeals received during the requested time period were overturned and the firearm purchase/transfer transactions were proceeded.”

In other words, the FBI admits that its actual error rate is (at least) 138 times greater than it has previously claimed. But even this figure doesn’t fully represent the number of times the FBI gets it wrong.

In other words, the FBI’s admission that it is wrong 27.7 percent of the time likely understates the bureau’s actual error rate by a significant amount.

The NICS system historically has been justified by some gun owners (and many politicians) as a necessary evil, on the theory that the results it provides are both accurate and “instant.” But as explained above, the NICS system is far from accurate.

Moreover, GOA’s FOIA request has also uncovered records showing that the promised “instant” background check system is by no means instant. In fact, NICS checks historically are delayed more than 10 percent of the time. And, as the FBI has admitted to GOA, these delays can last a very long time — more than three business days, nearly 4 percent of the time (or 1 in 25 background checks).

That is hardly an insignificant number, and a right delayed is a right denied.

What’s more, the so-called “instant” system only works if the system is operational, and FBI records obtained by GOA show numerous times in recent months where the NICS system has been entirely inoperable — leaving a firearm dealer unable to run a background check, and denying Second Amendment rights nationwide until the FBI fixes its system.

These NICS outages range from just a few minutes on the low end to more than five hours — nearly an entire business day. GOA has been keeping its own records of NICS outages — and the FBI’s list doesn’t accurately reflect all the outages that have occurred.

And the most recent FBI records that GOA has uncovered provide even further reasons why Congress should finally end the Brady Act’s seriously flawed and unconstitutional background check experiment.

GOA has always and will continue to oppose all forms of background checks for gun sales, because the Second Amendment’s language “shall not be infringed” does not allow the government to require preclearance before a person is permitted to exercise enumerated constitutional rights.

John Velleco is the Executive Vice President of Gun Owners of America, a grassroots lobbying organization with more than two million members and supporters nationwide.

About Gun Owners of America

Gun Owners of America is a grassroots nonprofit which represents more than two million gun owners who are dedicated to protecting the right to keep and bear arms without compromise. For more information, visit the GOA webpage here.