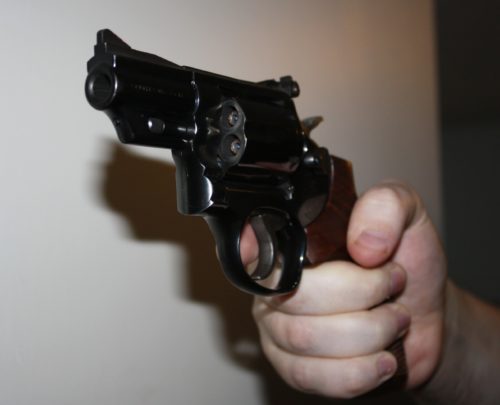 U.S.A. –-(AmmoLand.com)- A new Gallup poll shows support for stricter gun control has dropped five percentage points to the lowest level it has been since 2014, and a separate Gallup survey shows far more people own guns for personal protection against crime, a revelation that doesn’t surprise one of the nation’s leading gun rights advocates.

According to Gallup, support for stricter gun laws has declined to 52 percent, while 35 percent of U.S. adults believe current laws “covering the sale of firearms should be kept as they are now.” Eleven percent want fewer gun laws. Back in 1990, according to the polling company, “when the nation’s crime rate was high…a record 78% of Americans supported stricter laws for gun sales.”

The other Gallup survey shows a whopping 88 percent of gun owners saying personal protection from crime is the reason they own firearms. That’s up from 67 percent who said they had guns for self-defense in 2005.

The sharp increase in gun owners for personal protection at the same time support for tougher gun control laws makes perfect sense to Alan Gottlieb, chairman of the Citizens Committee for the Right to Keep and Bear Arms, a national grassroots gun rights organization.

“The reason for less support for gun control and more for gun rights simple,” Gottlieb told AmmoLand News via email. “The rise in violent crime, less police and Democrat overreach on gun policy threatens the safety of Americans, and they get it.”

Look at the headlines and they all seem to say the same thing: fewer police officers are on the street, and response times seem to be increasing. For example, the Portland Police Bureau reported it “currently deploys fewer sworn officers—789—than at any point in the past 30 years,” according to the Portland Oregonian.

About 150 miles to the north, Seattle has lost some 325 officers over the past two years “because of the protests and the defund the police movement, according to interim Chief Adrian Diaz. KOMO News indicated some of those cops are coming back, but that process seems slow.

Recently, police agencies were losing officers over new vaccination mandates, which are being challenged in some locales.

According to Gallup, “The shift toward crime as the most likely reason for owning a gun likely occurred well before now.” The survey says 31 percent of U.S. adults personally own guns, up slightly from the 30 percent average Gallup has noted since 2000.

“Another 13% of U.S. adults say a household member other than themselves owns a gun,” Gallup said.

By a remarkable coincidence, a new Rasmussen survey just released says 49 percent of likely voters “either own guns or live with someone who does.” The poll also found that “Among voters in gun-owning households, 53% say the federal government should not keep track of who owns guns in the United States (while) among those in gun-free households…55% say the government should keep track of gun ownership.”

The new Gallup poll also revealed that public support for a complete ban on handguns has dropped six points in the past year and hovers at only 19 percent, an all-time low since 1959, when 60 percent of Americans supported such a ban. But that was decades before the U.S. Supreme Court ruled in 2008 that the Second Amendment protects an individual right to own a gun, and that handguns are protected.

There is something more, and it is significant. According to Gallup, “the latest drop in support for a handgun ban is largely attributable to political independents.”

Recently, the Second Amendment Foundation pointed to a Morning Consult/Politico survey which revealed more voters (46%) think Republicans do a better job on gun policy than Democrats (39%).

“Currently,” Gallup says, “14% of independents think there should be a ban on handguns, which marks a 16-point decline since 2019, including nine points since 2020. Even fewer Republicans, 6%, favor such a ban, while 40% of Democrats do — figures consistent with recent support among each party group.”

The polling firm said personal gun ownership rates are “higher among men, Republicans, political conservatives, upper income Americans, and those living in rural areas and in the South.”

The Gallup findings come at a time when Joe Biden and his Democrat allies on Capitol Hill have essentially stalled in their gun control efforts. Democrats lost Virginia and nearly lost New Jersey to Republican gubernatorial control thanks in part to gun voters who are fed up with restrictions that have done nothing to prevent violent crime.

With murder rates on the upswing, a growing majority of American adults—based on the Gallup data—are taking a different approach to crime and personal safety, relying on themselves rather than depending upon police to defend themselves, their families and their homes.