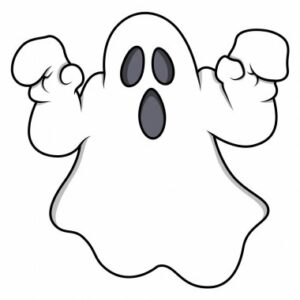 Never mind gas prices doubling since former President Donald Trump left office, or inflation higher than under any elected president since record-keeping began, or the one-year anniversary of President Biden’s botched surrender in Afghanistan, in which 13 American patriots died unnecessarily and which sacrificed the gains another 2,312 Americans died for as well. No, Mr. Biden wants you to be spooked by fictional “ghost guns.” 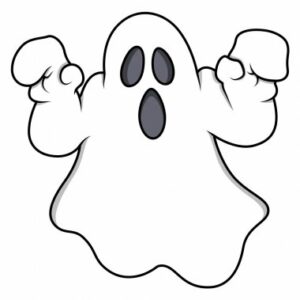 On Wednesday, Mr. Biden’s Bureau of Alcohol, Tobacco, Firearms and Explosives’ “Ghost Gun” and Gun Registry Final Rule went into effect. The rule cracks down on guns made in American homes, something we’ve been doing since before the Republic was founded.

Mr. Biden’s White House says these “ghost guns” are “the weapon of choice for many violent criminals.” What they don’t tell you is that “many” equals about 115 homicides per year out of a total of about 16,000. In fact, violent criminals use knives, hammers and their own hands and feet more than a homemade firearm. (Don’t tell Mr. Biden, or he’ll want a regulation on your feet.)

Now, Gun Owners of America doesn’t condone any criminal misuse of a firearm, but let’s get serious for a second. The Biden administration isn’t coming for knives, hammers or your hands and feet — yet. They’re coming for your guns, and they are attacking your Second Amendment right to bear arms, whether that firearm is made by a gun manufacturer or in your own home.

GOA has been on the other side, your side, in Mr. Biden’s War on Guns. We’ve been defending your Second Amendment rights in this war, and in this latest salvo from the administration, we’ve held the line.

Specifically, GOA, with the help of a total of 60,000 of its supporters and other Americans, were able to successfully win three main victories in the battle over “ghost guns:”

First, Americans will not have to serialize (read: register) every new magazine, barrel or trigger used to upgrade their existing firearms, as Mr. Biden’s ATF originally wanted.

Second, Americans will not have to register a firearm when they simply “Cerakote,” or color their firearms to protect them, as Mr. Biden’s ATF also demanded.

Third, GOA forced ATF to walk back a requirement that gun dealers immediately register privately made firearms taken into inventory, allowing homemade firearms enthusiasts a window to avoid registration when going to a gunsmith for same-day service.

In fact, the ATF explicitly conceded that their initial draconian regulations were modified because of the “numerous comments” made by GOA members and gun owners across the country regarding the rule. That’s a win against Mr. Biden and his gun-grabbing minions, and we couldn’t be more proud. But — and this is important — even though we were able to defend you against this attack, it is still an attack on all our rights. Mr. Biden doesn’t want you to be able to defend yourself. Don’t forget that.

There is much more work to do in order to push back against Mr. Biden’s War on Guns, and the GOA, together with the Gun Owners Foundation, are in that fight, on your side, defending your rights.

In fact, GOA and GOF have filed a lawsuit challenging the constitutionality of this newest rule, and we are excited that 17 state attorneys general has joined us in that lawsuit. AGs from Arizona, West Virginia, Alaska, Arkansas, Idaho, Indiana, Kansas, Kentucky, Louisiana, Missouri, Montana, Nebraska, Oklahoma, South Carolina, Texas, Utah and Wyoming answered the call and are defending your rights with us.

In fact, according to Arizona Attorney General Mark Brnovich, “The ATF is attempting to overshoot the authority granted to it by Congress.” In his view, this “ghost gun” rule is “unconstitutional, impractical, and would likely put a large number of parts manufacturers out of business.”

We’re going to defend you until this rule is completely gutted, and we will stand vigilant against any further attacks on your Second Amendment rights. We’re not spooked by Mr. Biden’s ghost guns — or his unceasing war on derisively defined “assault weapons.”

Read more at The Washington Times