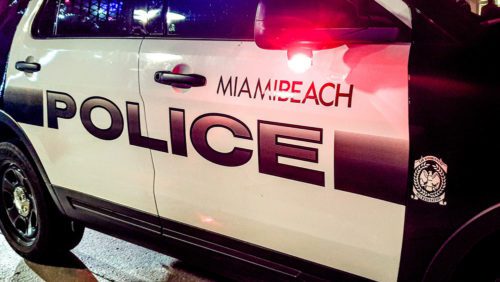 U.S.A. -(AmmoLand.com)- As part of an ongoing national effort to help prevent illegal “straw” purchases of firearms, the National Shooting Sports Foundation (NSSF), the Bureau of Alcohol, Tobacco, Firearms, and Explosives (ATF), and the Department of Justice (DOJ) are reminding the greater Miami area public that stiff penalties are in place for individuals convicted of such unlawful purchases. The campaign is in its 21st year and is a cornerstone of the cooperative relationship of the firearm industry, law enforcement, and retailers.

The month-long public awareness campaign was officially launched today with a press conference program at Bass Pro Shops at Miami’s Dolphin Mall. Present at the event were representatives of the ATF Miami Field Division, the U.S. Attorney’s Office for the Southern District of Florida, and NSSF.

“The firearm industry has always been focused on keeping firearms out of the hands of those who should not possess them. We are proud of our more than two-decade cooperative relationship with the ATF, the DOJ, and the entire law enforcement community to assist them in their collective efforts to reduce criminal acquisition and misuse of firearms,” said Joe Bartozzi, NSSF President and CEO.

“Don’t Lie” is a cooperative program between ATF, DOJ, and NSSF, the trade association for the firearm and ammunition industry. The effort was developed more than two decades ago to raise public awareness about the seriousness of the crime of purchasing a firearm for someone who cannot legally do so. The program also helps ATF educate firearm retailers to be better prepared to deter potential straw purchases. The public campaign drives home the message that anyone attempting an illegal firearm purchase faces a stiff federal felony penalty of up to 10 years in jail or up to $250,000 in fines.

To legally purchase a firearm, a person must be able to pass an FBI National Instant Criminal Background Check System check or NICS check and fully comply with all state and local laws. When a criminal knows he or she cannot pass this check, they may try to induce a friend or other person to make the purchase on their behalf. This is known as a straw purchase and is a felony.

Learn more about Don’t Lie for the Other Guy at www.dontlie.org.