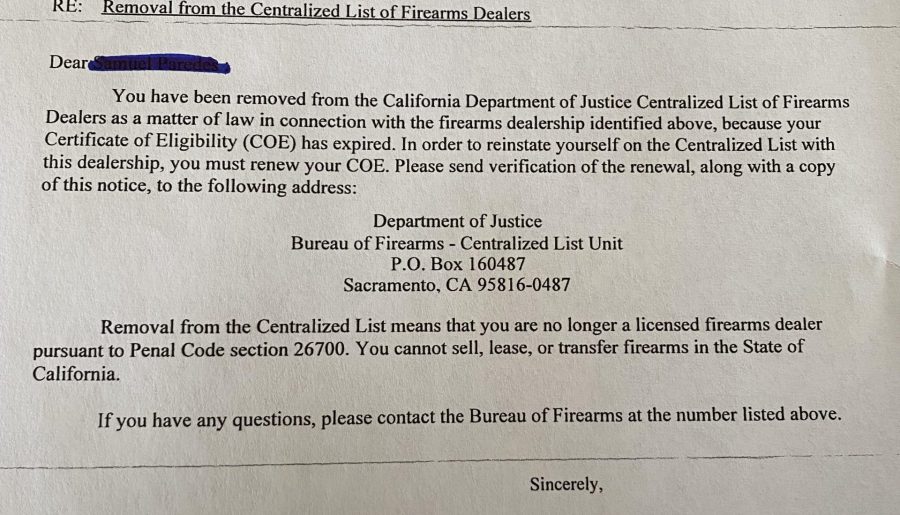 One thing that GOC has learned over our many years of dealing with the California Department of Justice (DOJ) is to never doubt their ability to mess things up.  Especially when it comes to guns. 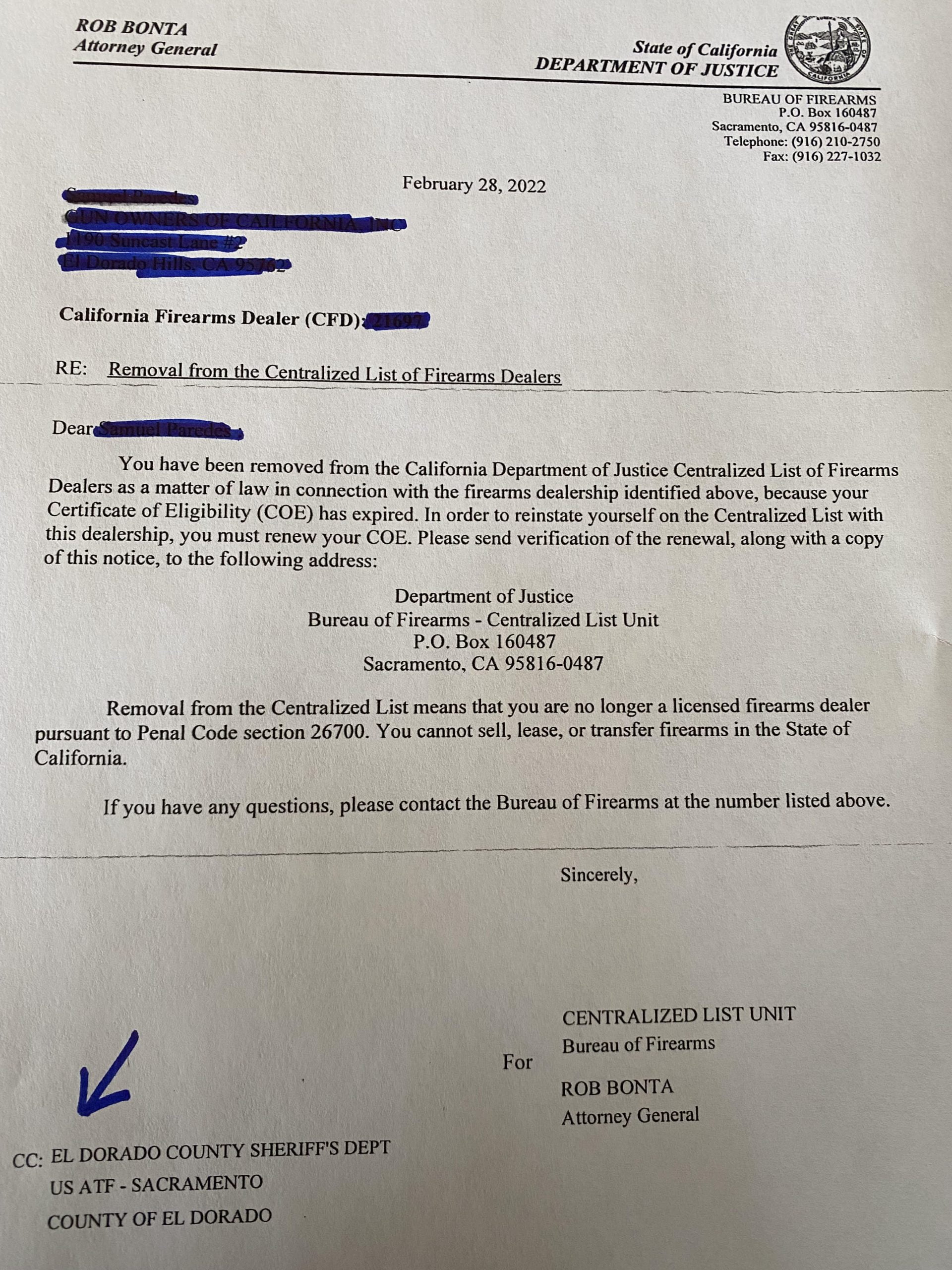 st recent debacle is nothing more than a middle finger to dealers who currently have a license to do business in California.   Across the state, established firearm dealers who have operated without issue have recently fallen victim to having their licenses blocked because the DOJ isn’t able to process renewals efficiently.

In order to sell firearms in California, a Certificate of Eligibility (COE) is required, which is basically an elevated background check conducted by the state.  The certificate is necessary to receive a license, so if there is a problem with receiving the COE, DOJ will remove the dealer from the “Centralized List” and they will no longer be a licensed firearms dealer.  That means their ability to sell and receive inventory is prohibited.

This is not simply a case of waiting until the last minute to renew their paperwork – dealers have been impacted who have been completing these forms for years and who have a longstanding track record of compliance.  This has generated a situation where manufacturers from throughout the country are being notified that certain gun stores in California are no longer authorized to receive shipped firearms.  This translates to closed doors and an enormous loss of income, not to mention the phenomenal headache that comes with trying to get things straightened out with the Department.

Can a dealer contact the DOJ when something such as this arises?  While the Department would claim they can, the honest answer is a resounding no.  GOC can speak from experience; no one answers the phone at the Firearms Bureau and callers are directed to email, and a response can take up to 3 weeks to receive.  Plus, the responses do not adequately answer questions and are sent by faceless and “numbered operators”.  Given the insufficient responses provided by these mysterious “operators” we wonder if the Department is using virtual “bots” or rather, someone too lazy to provide a suitable answer.

In addition to the egregious lack of response to urgent questions, when a dealer has been notified that they are prohibited from selling, leasing or transferring guns in the state, a copy of this communication is forwarded to the dealer’s local county, their Sheriff’s Department, and the local United States ATF office. The Department has no time to efficiently process COE paperwork, but there is evidently plenty of time to notify such entities of a dealer’s removal from DOJ’s Centralized List of Firearms Dealers.  What a waste of paper and energy for both the state and the locals – it’s pure bureaucratic baloney but the worst part is the clear message that the dealer is at fault rather than the inefficiency of the DOJ.

The supply-chain donnybrook and vast confusion between distributors and dealers is both unnecessary and preventable. Is this situation simply a function of incompetence or a purposeful maneuver to restrict access to guns? Whatever the reason, it must stop.

An expedited process for those dealers who have been in the system without issue would be cost effective and far less labor-intensive.  What’s more, it is something that DOJ could do if they wanted to. GOC will therefore be asking the legislature to sponsor a proposal compelling the Department to prioritize COEs for firearms and ammunition dealers if they are renewing their certifications. This is common sense at its most basic.