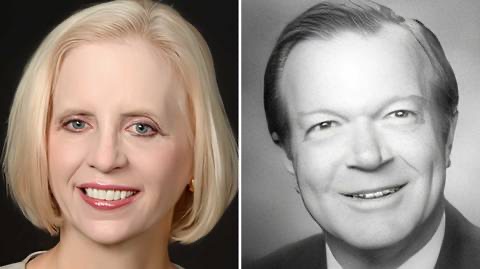 This article appeared in the Sacramento Bee on Thursday, March 31, 2022.  We are posting this in memory of our dear friends and colleagues, Kathy Lynch and Geralt Upholt.

Sam Paredes spent this week in a fog of sadness and disbelief as word spread through the tight-knit group of lobbyists who battle over bills and causes that two of their own had been stabbed to death, allegedly by their adopted son.

But few in the California state Capitol knew Kathy Lynch, 67, and her longtime boyfriend, Gerald Upholt, 80, better than Paredes, the executive director of one of the state’s largest gun-rights advocacy groups, Gun Owners of California.

Lynch advocated for years on behalf of hunting groups, and she often opposed or supported the same bills Paredes did. Upholt, before he stepped away from lobbying full time in the mid-2000s, was the lobbyist for the California Rifle and Pistol Association. Paredes said the men worked side-by-side on gun-rights causes for years. He considered the couple dear friends. 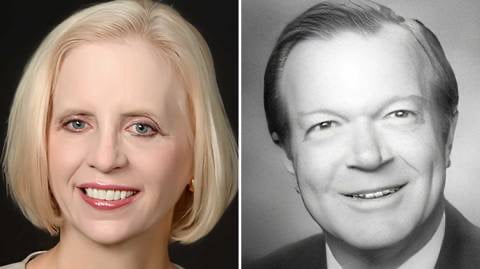 “She and Jerry were unique people,” Paredes said. “When they were in your lives, you were much richer for that. And I will miss that, immensely.”

Deputies found the couple’s bodies covered in blankets inside their Loomis-area home Monday. That day, deputies shot and wounded Lynch’s adopted 19-year-old son, Dennis Henry Lynch. Officials said he was carrying a replica handgun when he pointed it at a deputy. He survived the shooting and has been charged in the couple’s murder.

On Wednesday, Paredes spoke softly, his voice filled with sadness as he described the couple as being devoted to their family and passionate advocates for the causes they represented.

“He was the kindest, dearest person that I’ve known at the Legislature for decades and decades,” Paredes said of Upholt. “He was a hard worker, conscientious and wanted nothing more than to be a father.”

Paredes described Kathy Lynch as a tenacious advocate — and a true believer in the array of causes her eclectic mix of clients hired her to defend.

“She lobbied for causes that she deeply believed in,” Paredes said. “No one can ever call her a hired gun. She was always passionate about the issues that she chose to lobby on.”

Due to her diverse array of clients, Lynch was a familiar face to many in the Capitol as she lobbied in front of a number of committees.

But she was especially well-known among the small group of advocates who fight over wildlife and hunting issues, both in the Capitol and over matters before the California Fish and Game Commission. The commission sets hunting and fishing regulations and determines whether animals, such as wolves and mountain lions, are listed under the state’s Endangered Species Act.

Lobbyist Bill Gaines, who lobbied for hunting causes alongside Lynch over the years, said Lynch never let on that she was having problems at home with her son, who was adopted from Russia at age 3.

But when it came to work, Gaines used words like “tough,” “sharp,” and “extremely dedicated” to describe Lynch, his longtime colleague and friend.

“She was always the smartest one in the room,” Gaines said. “She was somebody you definitely want on your team. Make no mistake about that.”

Former Fish and Game Commissioner Anthony Williams said he, at first, found Lynch intimidating when he was appointed to the board by Gov. Jerry Brown in 2015.

Knowing little about hunting and fishing issues when he got the job, he thought it was important to get to know her, but he said it took her a while to warm up to him. Eventually, she testified on his behalf during his state Senate confirmation hearing. It’s a moment he said he’ll always cherish.

“She was just a real joy to work with,” Williams said. “She always remained a fierce advocate for the interests that she represented. She never compromised those principles.”

Lobbyist Jennifer Fearing, a longtime animal welfare activist, said she and Lynch usually found themselves on opposing sides when it came to hunting and wildlife policy.

At the same time, Fearing said Lynch’s and Upholt’s deaths are a reminder to find “a way to be nicer and kinder in the work that we do” because you never know what someone is going through at home.

“This is a reminder,” she said, “that we need to work with grace.”