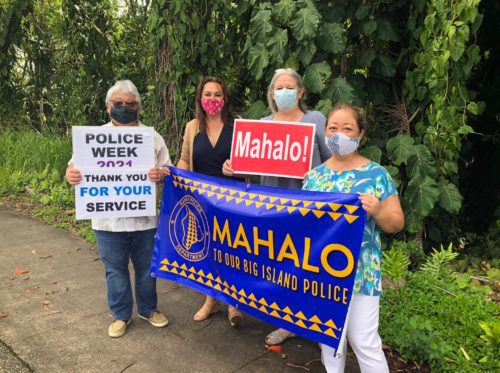 U.S.A. – -(Ammoland.com)- “[I]t is stipulated that County is permanently enjoined from denying an applicant’s permit to acquire a firearm due to being convicted of a crime of violence … unless the conviction meets the definition of ‘crime of violence,” a Friday order from Judge Derrick K. Watson in the United States District Court for the District of Hawaii mandates.  What that means is that Lance Choda, a Hawaii man denied a permit to acquire a firearm and ordered to dispose of any firearms he already owned, has won his case, for himself and for others similarly wrongfully denied.

AmmoLand Shooting Sports News first reported on Choda’s complaint against the County of Hawaii in September, relating how police had declared him prohibited from possessing a firearm after he’d gotten into a heated – but non-violent – argument with a neighbor. Arrested, Choda pled no contest and was found guilty of harassment and disorderly conduct.

Attorneys Alan Beck and Kevin O’Grady obtained a temporary restraining order to stop that mandate from taking effect and to protect Choda from arrest for noncompliance until five days after the litigation was resolved. Friday’s order settles that, with the County agreeing Choda’s convictions were not for crimes of violence but for petty misdemeanors,  and that Hawaii law “only prohibits persons who are under indictment for, have been bound over to the circuit court for, or have been convicted of having committed a felony, or any crime of violence, or an illegal sale of any drug, from owning, possessing, or controlling any firearm or ammunition.”

The stipulation and injunction resolve all claims and the complaint will be dismissed after payment of Choda’s attorney fees and costs by the County.

“I am happy to restore Mr. Choda’s rights,” attorney Beck tells AmmoLand. “And I am also thrilled that our stipulation restores the rights of all of the County of Hawaii’s residents who are similarly situated.”

The order is below: