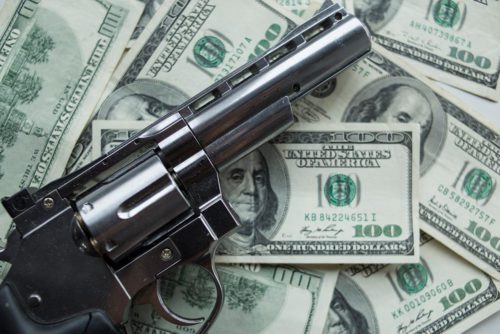 U.S.A. -(AmmoLand.com)- The Biden administration’s plan to fund a multitrillion-dollar spending plan includes having the IRS snoop into every American’s bank account to examine transactions that are $600 or greater. This alarming proposal has implications far beyond the government looking to extract tax money. It is also a potential way for the Biden administration to track who is purchasing firearms.

“I think it’s important to recognize that we have a tax gap that’s estimated at $7 trillion over the next decade,” Sec. Yellen said, according to a Fox Business report. “That is taxes that are due and are not being paid to the government that deprive us of the resources that we need to do critical investments to make America more productive and competitive.”

Not Just Taxes, But Purchases

The Biden administration proposes that banks and credit unions report every transaction at the $600 threshold to counter tax cheats. That’s got privacy advocates howling. It is especially concerning for the firearm industry and its customers that the government would collect information that could potentially include firearm purchases. While many firearms sold might not meet that $600 reporting requirement, a significant number would. It threatens to become a back-door gun registry.

Sec. Yellen balked at the notion the government is intruding on financial privacy, explaining the IRS already has “a wealth of information about individuals,” citing examples such as the W-2 form filed for a person’s job, but said the IRS needs more information on “higher-income individuals who have opaque sources of income … not low-income people.”

“There are obvious privacy concerns for all Americans here and this represents a dramatic new regulatory burden for community banks and credit unions in Wyoming and elsewhere,” Sen. Lummis said. “Do you distrust the American people so much that you need to know when they bought a couch? Or a cow?”

The proposal is being met with fierce resistance, as it should. The IRS has already proven to be untrustworthy of personal information. The agency has been weaponized for political overreach before. The Department of Justice (DOJ) settled a lawsuit in 2017 brought by dozens of conservative groups after the IRS unfairly scrutinized the tax-exempt status of organizations based on political leanings under the Obama administration, while President Joe Biden was vice president. That was the 2013 scandal in which then-Acting Director of Exempt Organizations at IRS, Lois Lerner remained defiant when called before Congress.

It’s also ironic that the Biden administration is prying into Americans’ private expenditures when it just surfaced that President Biden avoided paying $500,000 from earnings on speaking tours and book sales prior to his White House election.

The attempt to track Americans’ spending on items $600 or more, which would include firearm purchases, isn’t sitting well with banks or lawmakers. The American Bankers Association wrote to both the U.S. House of Representatives and Senate that the proposal, “…implicates customer privacy and data security on a massive scale…” The letter added that the IRS already collects massive amounts of data it is unable to manage.

Sen. John Boozman (R-Ark.), a member of the Senate Financial Services and General Government Appropriations Subcommittee, published a column in The Hill, ripping the proposed reporting requirements as reckless and ripe for abuse.

“Given the IRS’s track record on data security, including a 2015 data breach, tasking the agency to secure additional taxpayer information from nearly every American is a complicated and hazardous gamble, and one the federal government isn’t historically capable of winning.”

Sen. Mike Crapo (R-Idaho) and Rep. Kevin Brady (R-Texas) introduced the Tax Gap Reform and Internal Revenue Service (IRS) Enforcement Act in both chambers as S. 2721 and H.R. 5206. Rep. Brady said in addition to getting a true assessment of the IRS so-called tax gap, “This bill also protects taxpayers from IRS targeting based on their political or religious beliefs and closes loopholes that risk leaking private taxpayer returns.”

Sen. Tommy Tuberville (R-Ala.) introduced S. 2857, the Banking Secrecy Act, to prohibit any Federal agency from requiring financial institutions to report on the financial transactions of their customers. Sen. Tuberville told media he wants Americans to pay their fair share of taxes, “But I don’t want the federal government, ‘big brother,’ to be harassing private citizens.”

The prospect of a government agency monitoring every $600 expense is deeply concerning. When that prospect is also being brought by an administration bent on enacting gun control by any means and proposed for an agency with a poor track record of securing taxpayer privacy, it is a recipe for disaster. The IRS has no place delving into Americans’ wallets, especially when it is a means to access what is in their gun safe.

The post Is Biden Weaponizing the IRS Against Gun Owners? appeared first on AmmoLand.com. 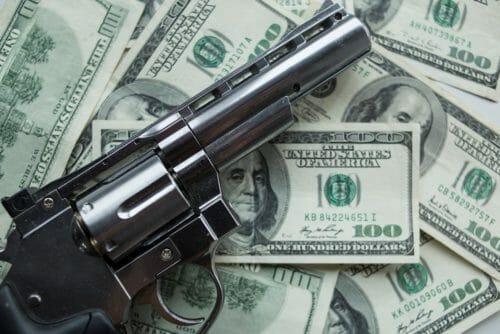