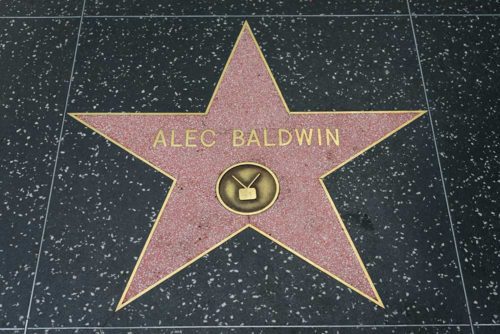 U.S.A. – -(Ammoland.com)- As information unfolds on the intensely watched story of actor Alec Baldwin firing a “prop” gun on a film set resulting in the death of a cinematographer and the wounding of the director, there’s plenty of speculation influenced by the way the media is reporting the story. With the understanding that new information is coming out quickly and that anything understood at the time of this writing may change soon after this article is posted, those influences are being manifested in comments and social media posts by those following the story.

The term “prop gun” is being used throughout without really defining what that means. Some seem to feel that means it wasn’t a “real” gun. What would help clarify that is if specific information about the firearm involved was released, and that’s something that is known by authorities. As the film was reportedly a Western, can we assume it was either a single-action or double-action revolver? Was it only designated as a “prop” because it was being used on a movie set? Reports that the gun was unsecured and used by some of the crew for target practice suggest the word “prop
is misleading.

Another speculative assertion is that Baldwin fired the gun at the camera to obtain a point of view angle. This to me is key:  Is that what happened? Because if that was not scripted and instructed by the director, it raises the question of why he would aim a gun assumed loaded with blanks at anyone on the set and squeeze the trigger. Or was it, as some reports have called it, a “misfire” or an “accidental” (unintentional) firing, that is,  a negligent discharge?

UPDATE: Since this article was submitted new information has been released. The gun has been identified as a revolver along with this account:

As Baldwin was explaining how he was going to draw his gun and where his arm would be when he pulled the gun from the holster, it discharged, Russell said.

Other reports claim this was not the first firearms-related mishap on the set, that safety protocols were lax, and that union crew members and camera operators had walked off over a dispute. Presumably, investigators are looking into the possibility that live rounds were either incompetently or deliberately left in (or placed in) the gun after the reported target practice. Perhaps whoever loaded it left fingerprints on the casings, and if the latter, that would take this to a whole other level.

That the assistant director handed Baldwin the “prop” and told him it was a “cold” gun is being used by some to mitigate the actor’s responsibility for the shooting — that and the daughter of the armorer reportedly had competence issues. Some maintain it is not the responsibility of an actor to check props, but rather their job is to trust the experts and do the scene as directed, and that in such circumstances they, meaning Baldwin in this case, should get a pass from Jeff Cooper’s rules.

A common term in legal actions is “knew or should have known.” Baldwin certainly had decades of experience handling all types of firearms in movies, and those presumably included instructions on safe gun handling.  His own (reported) words corroborate that:

‘In all my years, I’ve never been handed a hot gun,’ he was heard saying.

Also of relevance: Despite his very public anti-gun sentiments, one would think authorities will look into if Baldwin is a gun owner, for how long, and if he has been a concealed carry permit holder. Those would seem to be factors of legal significance.

While there appears to be plenty of blame to share, Baldwin apologists who would completely absolve him fail to account for the reality that just because you take someone’s word for something doesn’t mean you’re absolved of consequences arising from your actions.  I’ll be particularly interested to find out if he fired the gun at the camera as directed or if that was something he did on his own. And that should be easy to quickly determine, provided those who know are willing to say.