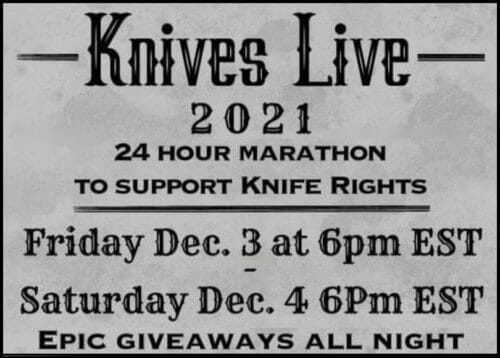 U.S.A. –-(AmmoLand.com)- Starting at 6:00 PM Eastern on Friday, December 3rd, a 24-hour marathon is being held on YouTube to support Knife Rights.

Knife Rights Founder and Chairman Doug Ritter said, “Knife Rights is honored that all these YouTube knife community influencers have joined together to help Knife Rights. Thanks so much to all involved. Together we will continue to Rewrite Knife Law in America, forging a Sharper Future for all Americans.”

These channels will be having epic giveaways for the entire 24 hours! Culminating with a slew of Grand Prizes including a Doug Ritter Full-size or Mini RSK Mk1-G2 Folder of the winner’s choice! (donated by Knifeworks) Grand Prizes are to be drawn from all who donate a minimum of $10 or join by December 10th, 2021.

Doug Ritter will be LIVE with Christine on Women Carry Knives at 2:00 PM Eastern on Saturday, Dec. 4th. 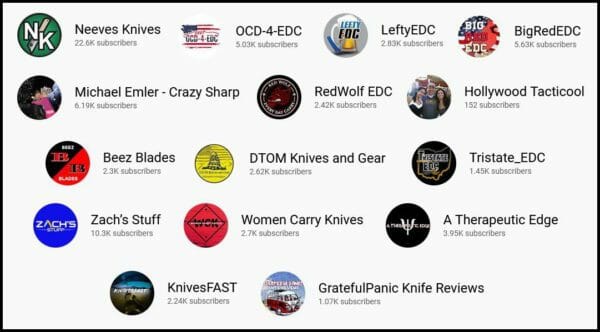 Knife Rights is America’s grassroots knife owners’ organization; leading the fight to Rewrite Knife Law in America and forging a Sharper Future for all Americans

. Knife Rights efforts have resulted in 34 bills enacted repealing knife bans in 23 states and over 150 cities and towns since 2010.