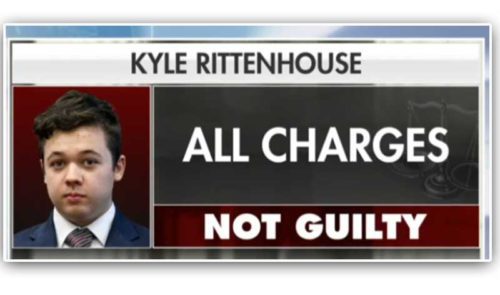 H/T to Law and Crime TV for the week-long live Video feed.

KENOSHA, WI –-(Ammoland.com)-  After three days of deliberation, the jury in the Kyle Rittenhouse self-defense trial returned a verdict of not guilty on all charges.

Kyle Rittenhouse Not Guilty on All Charges

An angry mob chased Rittenhouse down the street. He stumbled and fell to the ground as he tried to evade the mob and get to the police. The second man shot was Anthony Huber. Mr. Huber was a domestic abuser and attacked Rittenhouse with a skateboard. Rittenhouse shot and killed Huber.

Grosskreutz admitted on the stand that Rittenhouse didn’t fire until he leveled the Glock at him. This moment was a critical turning point in the case, and some legal experts believed that Grosskreutz comment doomed the prosecution’s case.

Rittenhouse also took the stand to defend himself. Rittenhouse broke down in tears when walking the court through the actions of the fateful night. The court had to adjourn to give Mr. Rittenhouse time to recover from emotional testimony. Rittenhouse came off as believable.

“The verdict by the Kenosha jury is an affirmation that people, regardless of their age, have a right to defend themselves against violent attack, by individuals or a mob,” Gottlieb said.

“Anyone who viewed the video evidence and listened to the testimony would easily conclude Kyle Rittenhouse acted in self-defense. Fortunately, this young man’s supporters were able to raise the funds necessary for mounting a first-class defense. But this was a high-profile case, and ample financial resources became available. What about lower-profile cases where people with limited resources find themselves unable to afford adequate legal counsel.

“There is no doubt this case will be analyzed and debated for months, or even years. What the verdict demonstrates is that reasonable people sitting in judgment of a case that should never have been brought in the first place can see through a politically-motivated prosecution and reach a verdict that is both reasonable and just.”

Kyle Rittenhouse will now move on with his life and is in our prayers.