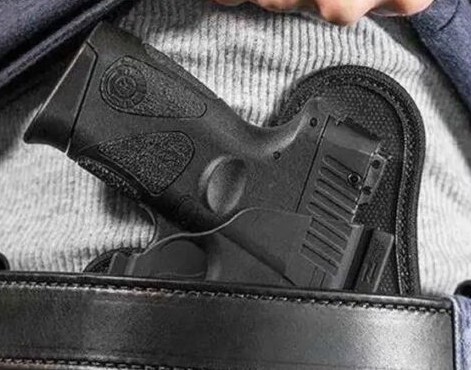 They Can Try, But They Won’t Win the Legal War

Have you ever seen smoke literally come out of a Leftist’s ears?

Let’s be real – it’s been happening a lot in the past weeks and it was on full display at the State Capitol yesterday in the Assembly Public Safety Committee.  So what triggered the Democrats ire? It was hearing GOC read from the SCOTUS decision on NYSRPA v Bruen decision that declared CCW conditions (such as those we have in California) are unconstitutional.  And we called it: because they got the ultimate beat down from the highest court in the land they are going to throw every CCW restriction at the wall to see what sticks. 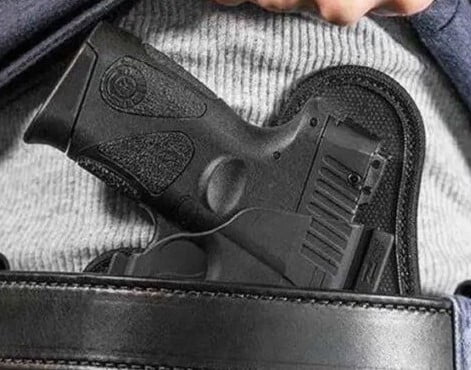 Reeling from the Bruen decision, it took no time at all for the Left to get to work; with legislative deadlines looming, amendments to SB 918 were drafted, admittedly written late at night and in extreme haste.  Anti-gun Senator Portantino was eager, however, to get a committee vote on the bill before the Legislature heads off for their summer recess this Friday, July 1.  It’s only because GOC has spent years developing longstanding, established relationships at the Capitol that we were able to actually read the amendments and prepare for testimony before they were made public yesterday.

GOC’s Executive Director Sam Paredes was front and center at the hearing and witnessed members squirm in discomfort as he read Justice Thomas’ words in the SCOTUS decision – and why SB 918 is in direct conflict. The bottom line is, they don’t care what the Court did – nor do they care that CCW holders are the most law-abiding subsection of society.

With a representative from the Department of Justice playing backup, Senator Portantino proposed the following changes to CCW statute in California:

It’s important to note that the burden has always fallen on the government to prove an individual is not of “good moral character” – the new regulations place the burden on the applicant.

The bill also prohibits a legal CCW holder from carrying in the following “sensitive areas”:

And if that weren’t bad enough, a provision was also added that addresses alcohol use.  Legal CCW holders will be precluded from carrying while “under the influence” of any alcoholic beverage or medication.  Take note of this:  it does not mean legally impaired – it means any perceptible amount of alcohol or medication in one’s system.  And yes – it covers all medications, not just the hard stuff such as those designated as legal narcotics (i.e. prescription painkillers), but every-day medicine for cholesterol, high blood pressure, etc.

In spite of their seething anger at the SCOTUS 2A ruling – not to mention the fact that the author admitted the amendments had errors – the committee gleefully passed the bill on a party-line vote, believing somehow that they are sticking it to the Supreme Court.  Assemblyman Quirk even came up with a strangely ignorant analysis of the Supreme Court, stating that it is not their job to interpret the Constitution.  (He needs to check out Marbury v. Madison [1803] which established the ability of the Court to declare a Legislative or Executive act in violation of the Constitution.)

The good news is that in his brilliant execution of Constitutional intent with regard to the 2nd Amendment and the right to carry a concealed firearm, Justice Thomas fully anticipated what the anti-gun zealots would do – and he addressed each one in his ruling. By doing so, he gave us plenty of fodder to undo their plans to ultimately foil the decision.

Portantino and his looney toon compatriots will ultimately loose in court.  In the process, however, they will clog the judicial system needlessly and cost the taxpayers untold millions of dollars.  What’s more, they will most likely pay all our legal fees, which will simply add to the healthy bank accounts of numerous litigators.

GOC will continue to pound the floors of the State Capitol in opposition to SB 918 and every other recklessly outlandish piece of legislation they throw our way.  Stay tuned!

In another phenomenal development, California gun owners have been put at risk by the Attorney General’s office after a new “dashboard” disclosed the personal data of every CCW holder – AND all individuals with a registered so-called “assault weapon” in the state.

GOC Executive Director Sam Paredes stated that “AG Bonta is either grossly negligent, completely incompetent or criminally liable. If this is his idea of increasing public trust, we’re screwed. For endangering the lives of 10s of thousands of law-abiding Californians, Bonta should resign.”  This is a continuing story with potential legal ramifications – there will certainly be much more to come in the days ahead.