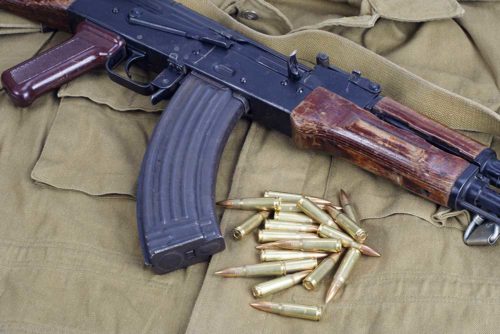 U.S.A. – -(Ammoland.com)- “Twelve years after the Office of Alcohol, Tobacco, Firearms and Explosives (ATF) started Fast and Furious, the FGR has not clarified if officials from Felipe Calderón’s government knew about it,” Proceso reported Saturday. “Since 2010, US authorities and agents involved in the operation have made contradictory statements as to whether Mexican government officials knew about it. According to their versions, at least, the former heads of the PGR Maricela Morales and Eduardo Medina Mora found out. Former President Calderón denied having been informed.”

A few words before proceeding are in order. Readers clicking on the link will note the resulting page is in Spanish. Your browser ought to give you an option to view it in English – otherwise, entering the URL into Google Translate should present that option.

Also, a word about Proceso is appropriate. Wikipedia tells us:

“Proceso (Spanish: Process) is a left-wing Mexican news magazine published in Mexico City. It was founded in 1976 by journalist Julio Scherer García, who additionally served as its president until his death in 2015. Proceso was renowned for its left-wing journalism.”

You wouldn’t know reading the report. As someone who has been involved with breaking the story of “gunwalking” since the start, this is better and more accurate reporting than I’ve seen coming from most U.S. media, including that, unlike most of those, it credits how the story originated, citing this commentator, the late Mike Vanderboegh, and the whistleblower website CleanUpATF.

When not ignoring the story completely, domestic “journalists” consistently made excuses for the Bureau of Alcohol, Tobacco, Firearms and Explosive (ATF) and then-Attorney General Eric Holder. They dismissed the murderous operation as a mere “botched gun sting” without addressing how one could trace guns to drug lords when no attempt was made to track them once they crossed the border. They derided evidence that authorities knew the scheme would result in U.S. guns being found next to bodies at Mexican crime scenes, and that would be used to fuel demand for domestic “gun control,” dismissing such since borne out conclusions as “conspiracy theories.”

While recounting much of what has been uncovered in earlier reports, Proceso raises the question of what the Mexican government knew and when it knew it. That opens an as-yet unresolved aspect of a story I’ve been pursuing with a handful of allies to a much larger audience.

Here are the issues: We know ATF orchestrated the scheme to allow guns to be “walked” into Mexico. They have no authority to arrange and oversee that into a foreign country without violating Arms Export Control laws.

“There’s no exemption from the State Department permit requirement for ‘official use’ since no one is admitting walked guns are part of approved U.S. foreign policy, so the bottom line seems to be: Any person who willfully violates these provisions ‘shall upon conviction be fined for each violation not more than $1,000,000 or imprisoned not more than ten years, or both” … U.S. Code also includes provisions for ‘principals’ who ‘induce’ or ‘willfully cause’ offenses, so presumably those who did not physically walk guns but nonetheless induced lawbreaking could be in for a world of hurt if caught.”

That means in order for them not to have committed crimes, they would have needed State Department authorization, and the Secretary of State at the time was Hillary Clinton. So, she either clued in the Mexican government or she intentionally kept them in the dark. Unfortunately, a Freedom of Information Act request (FOIA) I filed with Kent Terry (brother of Border Patrol Agent Brian Terry, whose 2010 murder was the catalyst for Fast and Furious to be exposed) was ignored until we filed a lawsuit, and the production of information resulting from that was mostly non-responsive, with nothing sticking to her.

If she had no hand in things, and reading that last link will explain why I have my doubts, why has no one from ATF been charged? Sticking a higher-up in the hot seat would no doubt loosen some tongues.

As we’ve seen for the past 11+ years, vested interests have made sure that’s not going to happen.  It would be ironic if what ultimately broke things open to where the story could no longer be ignored came from “leftwing” Mexican media, but realistically and pessimistically, I’m not holding my breath. People willing to stonewall, obfuscate, misdirect and lie over their culpability in the deaths of untold numbers of human beings will never open up unless and until there is a credible — and worse — “or else” ready to come down on them if they don’t talk.