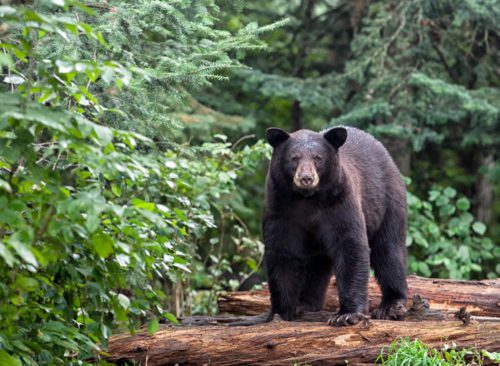 The Missouri Department of Conservation (DEC) approved the inaugural 10-day black bear hunting season and all early signs point to the tags getting quickly filled. The black bear population is healthy and the hunting season only lasts 10 days, ending Oct. 28.

Black bears were almost non-existent in the 1800s in Missouri but their numbers have continually crept up, with bears migrating from Arkansas. There are now an estimated 800-1,000 bears in Missouri. The bears are mostly located in the southern half of the state. They’ve grown their numbers by nearly 10 percent each year, according to the Missouri DEC. The new hunting season made sense.

“So our bear population has been growing steadily over many, many decades,” said Laura Conlee, a Missouri furbearer and black bear biologist. “We have good survival and high reproduction.”

“Being able to add this iconic species to the long list of hunting opportunities for Missourians is a testament to the decades of bear research and management by MDC staff,” MDC Director Sara Parker Pauley said. “A limited annual hunting season will help manage the growing number of black bears in the state.”

It didn’t take long for Missouri’s hunters to see the success. Missouri’s DEC held a tag drawing and hunters jumped at the chance. Four hundred permits were drawn at random for hunters to have the chance to head out and harvest a Missouri black bear. Once 40 bears are taken and reported the season is done. The state was split up into three bear management zones with daily reporting.

According to the St. Louis-Dispatch, a hunter in Southwestern Missouri earned the honor of taking the first state-sanctioned black bear – a 250-pound female that was hunted on private land. A second black bear was reportedly taken on public land a day later.

The first hunter kept it simple in relaying his feelings after his successful shot. He posted on his Facebook page, “This was probably the most thrilling, exciting thing that I’ve ever done.”

As of this reporting, seven bears were already taken.

Successful wildlife management opportunities like the new black bear hunt in Missouri are a longtime priority for hunters and recreational shooters. It means more opportunities to pass along family hunting traditions to the next generations of hunters, but also more funding to the state for conservation projects that benefit all outdoor seekers. The cycle continues over and over.

When black bear tags are purchased in Missouri, or any other hunting licenses, that money supports conservation. That’s in addition to the Pittman-Robertson excise tax paid by firearm and ammunition manufacturers that are also funding conservation efforts in Missouri and elsewhere.

Since the Pittman-Robertson excise tax was enacted and the firearm and ammunition manufacturers began paying into the fund in 1937, contributions have surpassed $14.1 billion dollars. That’s a point of pride for the firearm and ammunition industry and the hunters supporting the industry when they purchase their products. It means wildlife populations from the bald eagle to the Missouri black bear have all thrived while hunting has served as the most effective wildlife management tool.

Hunting has also seen a boost during the coronavirus pandemic. Hunters have gone out in record numbers and more Americans from all walks of life are finding time to get into the woods, fields, and marshes. Hunting is America’s greatest pastime with a renewed interest.

Missouri black bear hunters fortunate enough to have their name drawn know just how special is the opportunity. The black bear hunt program by the Missouri DEC is a 10-year management plan and will be revisited in 2030. Missouri’s bear population is connected to a larger bear population in the surrounding states of Arkansas and Oklahoma, both of which have established bear-hunting seasons.

The first black bear season will be the start of what is expected to be new hunting traditions in Missouri. Hunting has proven to be an effective management tool and invests hunters in ensuring that healthy and sustainable wildlife populations perpetuate for future generations. This year’s hunt is a reason to celebrate the hard work of conservation and the bright future for outdoorsmen and women. 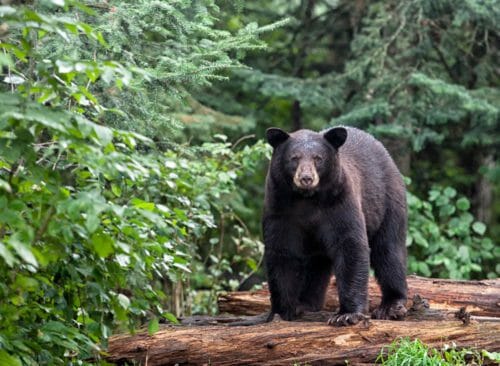