New York is invoking colonial-era bans on selling guns to Native Americans to defend the constitutionality of its “good moral character” standard for obtaining a concealed carry license. 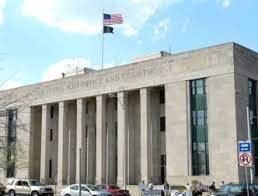 This requirement, part of the Concealed Carry Improvement Act (CCIA) that Democratic New York Gov. Kathy Hochul signed in July, is set to take effect in September. The Supreme Court struck down a provision of the bill in June that required concealed carry permit applicants to demonstrate a need for self-protection.

Gun Owners of America (GOA), a gun rights lobbying group, sued New York State Police Superintendent Kevin P. Bruen in August, seeking to block the legislation. In response to the lawsuit, Bruen’s lawyers argued in a court filing that the CCIA’s “good moral character” standard is deeply rooted in Anglo-American legal tradition and should therefore be upheld by the court.

“From the early days of English settlement in America, the colonies sought to prevent Native American tribes from acquiring firearms, passing laws forbidding the sale and trading of arms to Indigenous people,” the filing reads…

“It proves what GOA has been saying for decades, which is that the origin of gun control is racist,” Aidan Johnston, GOA’s director of federal affairs, told the Daily Caller. “Gun laws come from a majority trying to suppress or dominate or control a minority, whether it be a minority of Catholics in early America, or a minority of Native Americans when there’s colonials trying to take over the continent.”

Read more at The Daily Caller