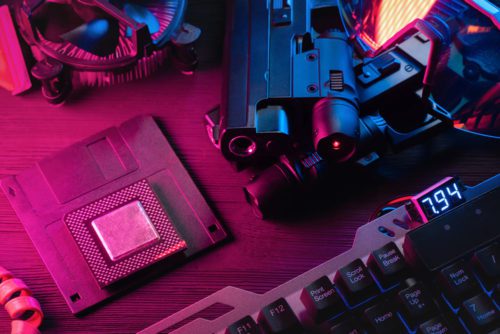 The governors involved are all staunch gun control proponents who prefer restricting the Second Amendment rights of law-abiding Americans to imposing justice on the criminals perpetrating crimes committed with firearms. The announcement was yet another example of all-show, no-action policies. The agreement is a resounding dud.

Democratic Governors Kathy Hochul of New York, Phil Murphy of New Jersey, Tom Wolf of Pennsylvania, and Ned Lamont of Connecticut have more than a dozen years of executive experience between them, yet three of their states are among the worst in the nation for crimes committed with a firearm and all four have some of the strictest existing gun control laws in the nation. They got together for the major announcement to remedy their problem.

The four states will begin sharing gun crime data to increase enforcement of gun control measures and “catch illegal gun sellers and users.” To do so, the governors pledged that law enforcement agencies from each state will share the “eTrace” reports they receive from the Bureau of Alcohol, Tobacco, Firearms, and Explosives (ATF). The agreement says each state can maintain its own data, can choose which data to share or withhold, choose how often or not to share data and that they’ll let each other know if individual sensitive data is hacked, leaked or misused.

Newly-minted New York Gov. Hochul praised the agreement. “This memorandum is transformative,” she said. “I believe this is going to give us and our law enforcement entities in each of our states the tools we need to be able to trace guns that are coming from other states, to understand when a crime has been committed.”

Conn. Gov. Lamont added, “Despite our best gun safety laws, we have more damn guns on the street than we ever had before.” The irony shouldn’t be lost on the governors. They’ve spent more energy restricting gun rights of law-abiding gun owners than actually locking up criminals.

The governors’ announcement did the job. Home state editorials praised the agreement, wondering, “…with more victims of gun violence, the new four-state cooperation pact on the sharing of gun data seems like one of those ‘What took you so long?’ moments.”

The press is baffled because they don’t understand their own state’s gun laws or that ATF already provides gun crime trace data to states and that any state can share data with any other state. The ATF website includes a page titled, “Crime Gun Tracing and Information Sharing” to help state law enforcement agencies do this.

The four-state memorandum also notes that information may only be used for sharing among legitimate law enforcement purposes related to the investigations of criminal activity. This provision, to remain in compliance with the Tiahrt Amendment, secures sensitive tracing information which would jeopardize ongoing criminal investigations and put the lives of law enforcement officers, cooperating retailers, and witnesses at risk if shared.

Gov. Lamont chimed in during the video press conference to add, “Right now, we’re all putting more police on the street; we’re community policing more folks.” He must have missed it last year when New Haven slashed its police department budget by $4 million despite having the state’s second-highest crime rate. Hartford did the same, cutting $1 million from police.

The reality is the governors from the four states all prefer defunding law enforcement while restricting the rights of their citizens to bear arms for their own self-protection. They now face voters in the coming months with Gov. Murphy facing reelection in just three weeks. The public is already voting with their wallets when it comes to gun rights. This year’s firearm sales are keeping a blistering pace and public polling continues to show Americans’ preference to enforcing laws and holding criminals to account for their crimes rather than imposing more gun control on them.

The governors’ announcement was more window-dressing than serious proposals to ensure criminals are caught, prosecuted, and held responsible for their crimes. Meanwhile, the firearm industry is working to provide Real Solutions. Those include ensuring all disqualifying information is submitted to the FBI’s National Instant Criminal Background Check System (NICS), preventing illegal “straw” purchases of firearms in partnership with the ATF, voluntarily increasing security at firearm retailers through Operation Secure Store, also an ATF partner program, partnering with 15,000 law enforcement agencies to distribute over 40 million free firearm safety kits including locking devices and partnering with the American Foundation for Suicide Prevention to have a brave conversation and prevent suicides.