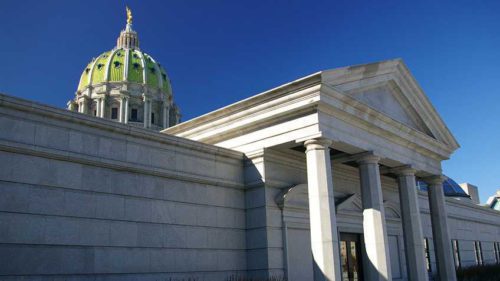 U.S.A. -(AmmoLand.com)- The Pennsylvania Senate voted to pass signature pro-Second Amendment legislation this evening as the state moved one step closer to joining 21 other states with Constitutional Carry.  Senate Bill 565 advanced on a vote of 29 to 21.

Constitutional carry legislation isn’t for criminals, it simply puts law-abiding citizens who are otherwise legally able to possess and carry a firearm on equal footing, by codifying the inherent right to carry a firearm into statute.  It also retains a permitting process for gun owners who wish to take advantage of concealed carry reciprocity with other states.

The NRA is a leader in the “constitutional carry” movement where law-abiding individuals are not required to obtain a government permit to carry a firearm for lawful purposes.  Today’s vote advances the fight to protect and expand the right of law-abiding Pennsylvanians to carry, and remove unnecessary government red tape and delays from the process.

SB 565 now moves to the Pennsylvania House where it would need to be approved before going to the Governor.  Please continue to follow NRA-ILA updates for the latest developments in Harrisburg.