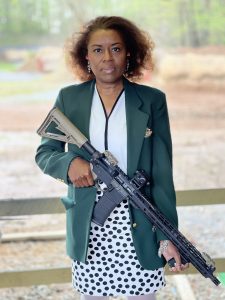 If the mainstream media starts to bellyache about anything, it’s a pretty good sign that something positive has happened. While the election results from Virginia rolled in Tuesday night, there was no hiding the sour faces of TV’s talking heads.  They know full well the political implications of a blue state turning red could actually have an impact elsewhere.  Even all the way to California.

In short, the anti-gun left took a massive shellacking from the very top of the political ladder to the bottom – from school board upse 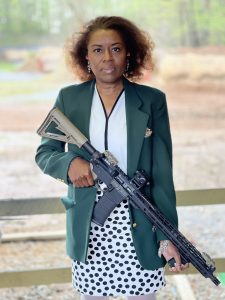 ts to a new pro-constitution Governor, Lt. Governor and Attorney General. In fact, in spite of nasty ads that depicted Lt. Governor candidate Winsome Sears as some crazy right-wing gun nut, she sailed to victory, providing a stunning upset to the gun control crowd.

Calling her a “gun-toting” former Marine, the opposition used an image of Sears with an AR-style rifle that her campaign had posted with the caption that it was a “beautiful range day”.  Obviously, the hopes were that it would frighten voters, but – and pun fully intended – it backfired big time.

Further evidence of the political backfire was a gigantic – and very expensive Bloomberg fail.  His Everytown for Gun Safety group dumped nearly $500,000 into Terry McCauliffe’s campaign for governor, yet in spite of Virginia being a solidly blue state, he came up short and was defeated by pro-gunner Glenn Youngkin.  The race for attorney general also was a huge loss for the anti-gun crowd, as Jason Miyares defeated the anti-2A incumbent Mark Herring. There were an awful lot of Leftist tears as Tuesday evening rolled into Wednesday.

All three top-of-the-ticket races were stunning upsets and Sears is the first Black woman elected to state wide office in Virginia history.  Believe it or not, it took MSNBC almost a half hour to mention this big win – and they did so without even using her name.

USA Today initially gave the cold shoulder to both Sears and Miyares when they omitted them in a report highlighting the “candidates of color” who made history in various election races.  They only added the trailblazing Republicans after a Fox News report addressed the omissions in a rather spectacular fashion. It’s worth watching. 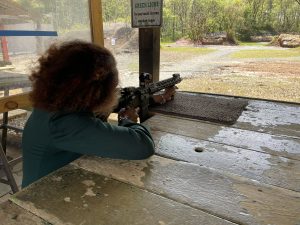 Imagine that such hypocrisy would come from the very same media that bleated out over and over and over again that the Virginia upsets were driven by racism. This was shameful and frankly embarrassing to watch from a pure human perspective.

David Harsanyi who writes for National Review and author of the excellent First Freedom: A Ride Through America’s Enduring History with the Gun tweeted “When people convince themselves of the lazy notion that everything in politics is about race, they become incapable of making any other arguments. Grim for healthy discourse.” Very true.

Can what happened in Virginia – and in Minneapolis with the defeat of the defund police referendum, the election of a Republican to the Seattle City Council and the defeat of the Democrat Dean of the Senate in New Jersey – happen in California?  It can – but success will most likely occur in more localized areas where people are finally waking up to what’s happening down the road in their kid’s school.  GOC recently wrote about this energized engagement HERE and we happily took some of the credit for many of the new raised voices the Left is whining about.  We firmly believe good stuff can happen in the Golden State if enough people stand up to the jack-booted thuggery of our government.

We know for a fact that gun owners were galvanized into action by the radical anti-gun turn Virginia had taken in recent years, and they stepped up in organizing folks and getting people to vote.  It turns out that rather than voting for or against a political party, people across the country are resisting being called racists, and don’t much like being told how they can protect their families and educate their children.  There are an awful lot of folks out there who are damn tired of sanctimonious, self-righteous preaching from those who think the gray matter between our ears is mush. We love the United States, and as we’ve watched the zeal for tyranny expand, our passion for freedom has been reignited.  The tide is turning and those of us in the political trenches fighting for the 2nd Amendment are excited.  JOIN US!