U.S.A. -(AmmoLand.com)- On November 15th, the City Council of Conway will consider banning the open carrying of firearms during public events and in city buildings. Please contact council members and ask them to OPPOSE Ordinance #2021-12-06 (C).

While the text of proposed Ordinance #2021-12-06 (C) is not yet available, city leaders have announced that the open carry ban is to be for public events and in city buildings. The police chief says limiting open carry is to “curtail the potential for gun violence,” but he makes no mention of how, or if, he intends to prevent criminals who illegally conceal firearms from entering. It is already illegal under state and federal law for criminals, such as convicted felons, to possess or carry firearms, whether openly or concealed. This arbitrary ban is just anti-gun virtue-signaling that only affects law-abiding citizens by dictating how exactly they must exercise a constitutional right already regulated under state law. 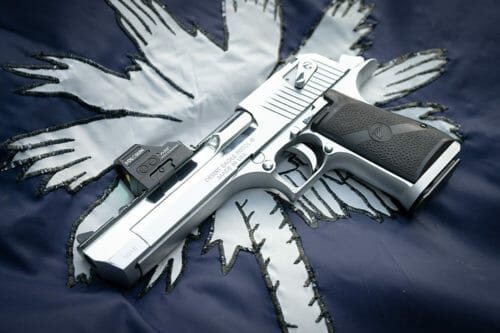