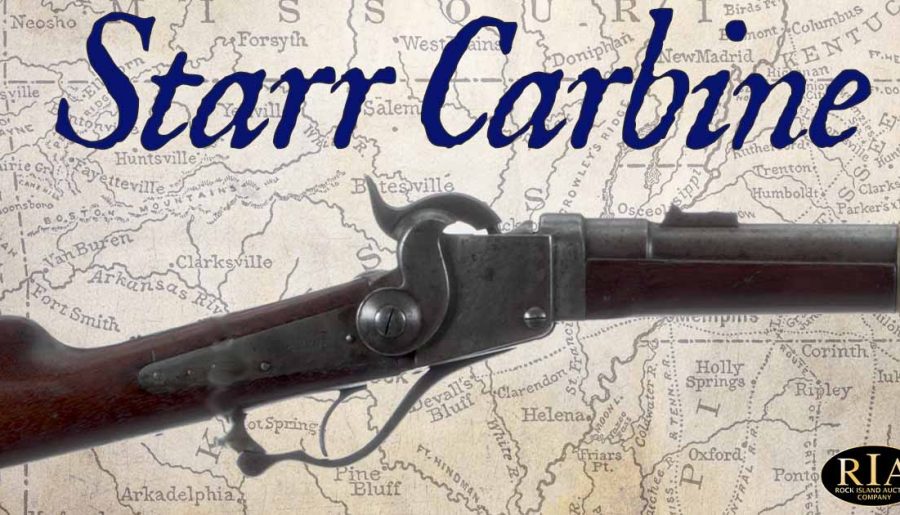 As the Civil War approached, the end was near for the single shot muzzleloader.

Breech-loading single shot carbines and early repeaters were coming into popularity and Ebenezer Starr wasn’t going to miss out. His carbine with the falling block design was one of the five most manufactured Civil War carbines, issued to Union cavalry units in the West.

A Starr Carbine marked for the Arkansas 1st Cavalry, surprisingly a Union unit, is on offer in Rock Island Auction Company’s Oct. 4-7 Sporting and Collector Auction. In fact, Rock Island Auction Company serves as much as an outstanding gun show as an auction, with other Starr Arms guns — double action and single action revolvers — as well as other uncommon Civil War carbines also available in the auction. 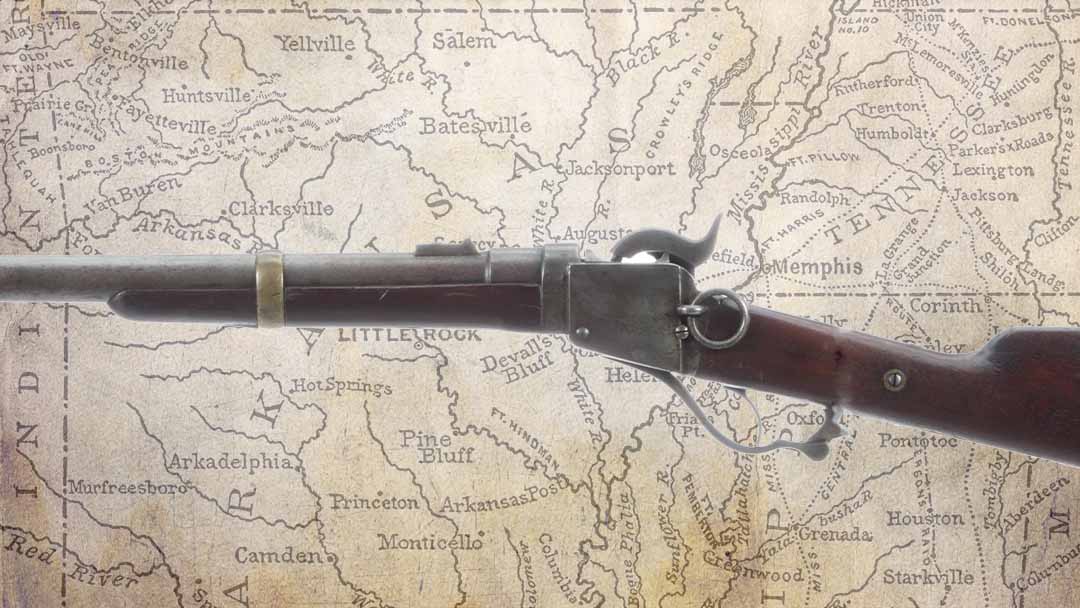 This is the odd tale of the Union cavalry unit that recruited southerners and an unfortunate Civil War carbine manufactured by Starr Arms.

Ebenezer Starr, who hailed from a long line of gun makers, patented his carbine in 1858 and when he brought it to the U.S. Military it was well-received. Starr already had an 1858 contract for a double action revolver for the U.S. Navy.

As the War Between the States began, the federal government ordered 20,000 carbines and earmarked these Civil War carbines for cavalry units in the West. The carbine on auction is marked “1/ARK/H” for the Arkansas 1st Cavalry. 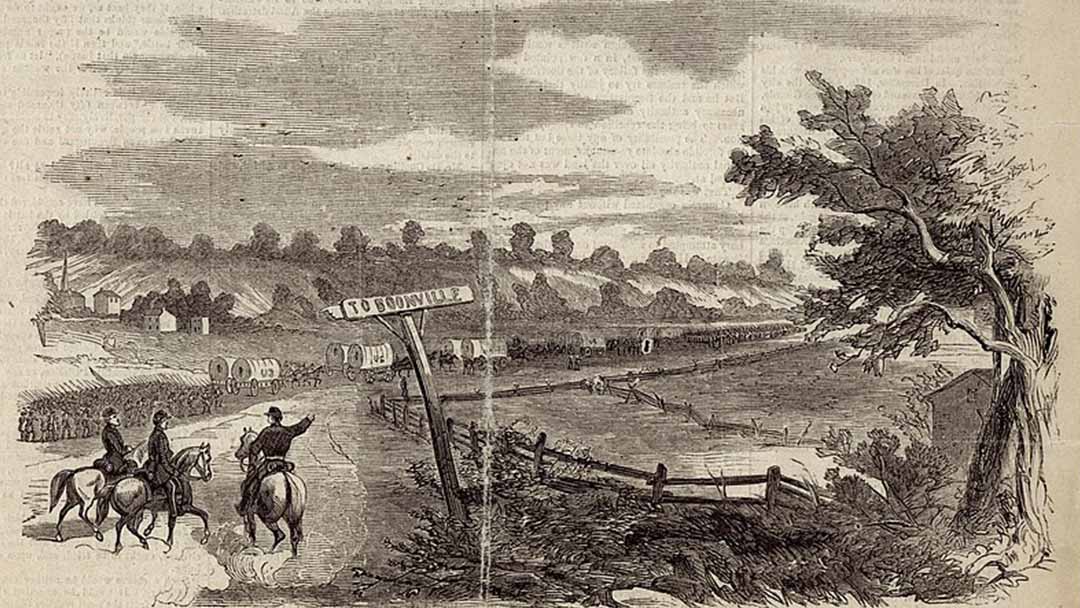 The 1st Arkansas Cavalry, a Union unit, mustered in Missouri before making its way to its home state.

Arkansas and the Civil War

Arkansas, admitted as a state in 1836, was frontier on the eve of the Civil War. Opinion was mixed regarding secession. A state referendum on whether to leave the Union was approved by delegates at a state convention, but most who voted to leave had Union sympathies but didn’t like the federal government meddling in states’ business.

More than 8,200 Union-backing Arkansans formed 11 infantry regiments, four cavalry regiments and two artillery batteries for the Union army. Most didn’t see significant action in the war but served as anti-guerrilla forces. About 1,700 of the Arkansas men serving in the Union army died either in combat or because of disease or accident.

Arkansas did have some geographic importance to the war as the Mississippi River served as the state’s eastern border and its control was key to commerce and military movements. The state also served as a gateway to the southwest, like Louisiana, Indian territory, and Texas.

The Union captured Little Rock, the state capitol, in 1863, forcing the state government to move to Washington about 120 miles southwest. 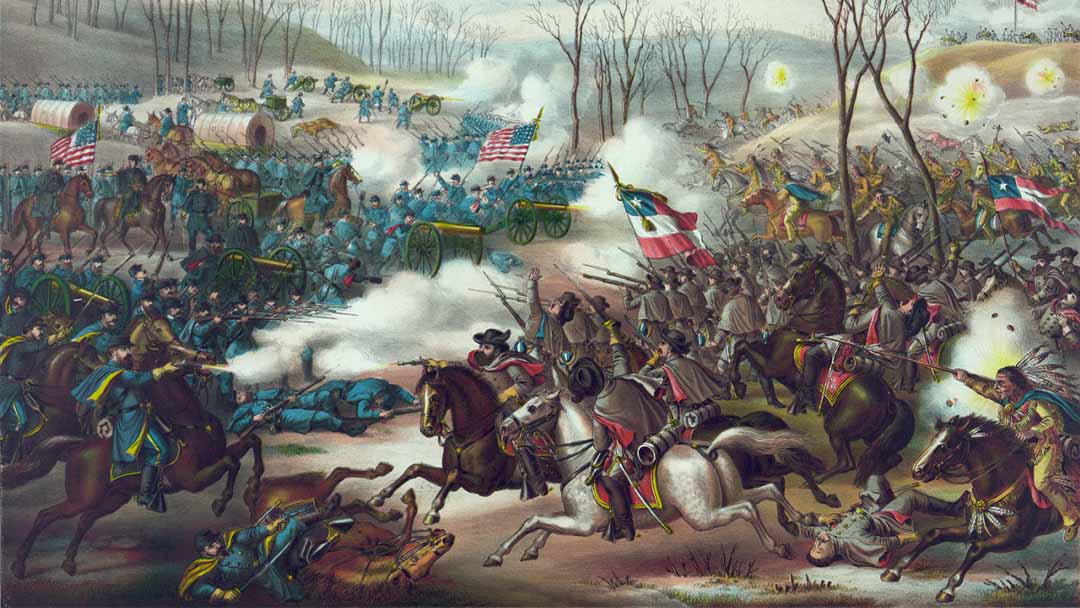 The Battle of Pea Ridge, in March 1862, was a Union victory that allowed the Union to occupy Arkansas and sent most of the Confederate troops east to join the Army of Tennesse. The battle occurred before the 1st Arkansas Cavalry mustered in July 1862.

The Union military governor of Arkansas favored mustering Union-supporting Arkansans into the army and the 1st Arkansas Cavalry was raised at Springfield, Missouri in the spring of 1862. In its first battle, the Battle of Prairie Grove, in December 1862, the unit performed poorly. A sudden Confederate attack routed two Missouri cavalry regiments en route to the ranks of the 1st Arkansas, which was swept up by the panicked Missouri soldiers fleeing to the rear.

The unit was ordered to the garrison at Fayetteville following the embarrassment. The garrison was attacked in April where both sides were comprised of Arkansans. The three-hour battle ended with a Confederate retreat as the Union troops held the line against a Confederate charge. The victory was a boost for Union morale in the state.

An equipment shortage forced the 1st Arkansas to evacuate the Fayetteville garrison for a short time. Upon returning the unit escorted wagon trains, conducted patrols and skirmished with guerrillas daily. The 1st Arkansas Cavalry mustered out of the Union army in August, 1865 with a loss of 345 of the 1,765 men who served.

Starr’s carbine was patented in 1858 in .54 caliber with a falling block design activated by the trigger guard. A solid metal breechblock slides up and down in grooves cut into the breech, sealing the firing chamber. The Sharps is also a falling block design which is important to remember when discussing the demise of the Starr Carbine.

The Starr Carbine fired a linen wrapped cartridge with a .555 inch lead bullet. It had a 21-inch barrel with an overall length of 37.6 inches. It featured a single brass barrel band and brass buttplate on the walnut stock.

Well received by ordnance officers, they found it well machined and it outperformed Sharps in government testing. The breechblock pivots away from the barrel when lowered and has a locking wedge that supported the block from the rear that locked it firmly into the frame. 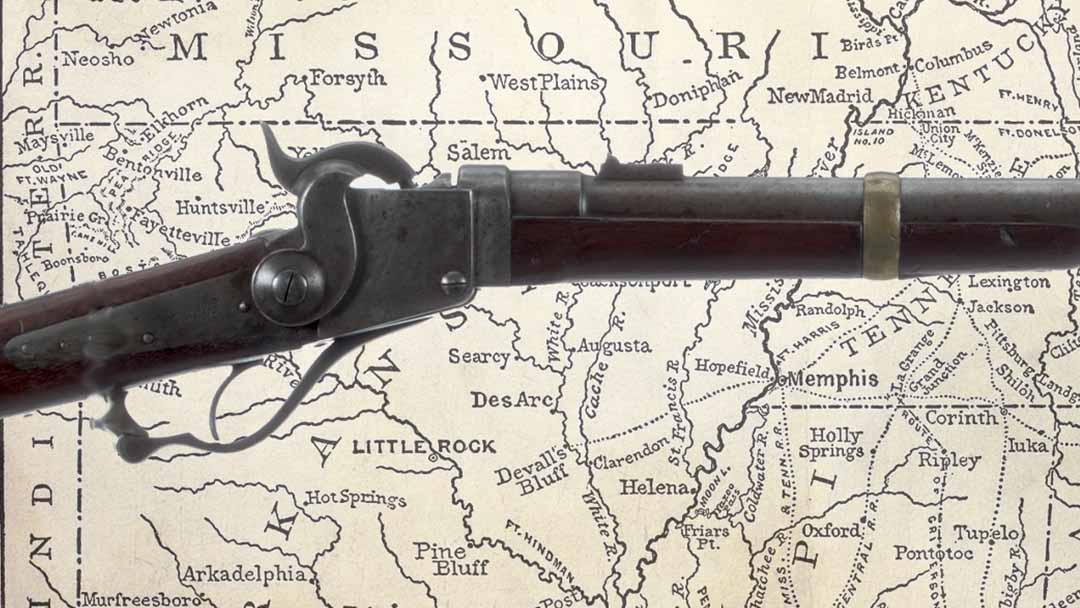 The Starr Carbine was well-received by Union ordnance officials and was earmarked for issuance to units in the western theater of the Civil War. Lot 4180 is also a Starr Carbine available in the Oct. 4-7 Sporting and Collector Auction.

During testing the Starr was found to be accurate at 600 yards and its moving parts continued to work well after firing 100 rounds. Another test showed the carbine to be accurate and operate well at 350 yards, firing 40 rounds. In the field, the Starr carbine received mixed reviews, with it being called “a superior arm” to “worthless.” Most of the complaints involved failure to fire.

The Starr and the Sharps carbine looked similar, so Ordnance officers ordered the same ammunition for the guns. The Sharps was the second-most issued carbine in the Union arsenal so its ammo was ordered and issued.

Unfortunately, the Sharps Carbine cartridge was shorter than the Starr cartridge so the cap often wouldn’t ignite in the Starr. The issue was quickly addressed and the proper ammunition was issued in late 1863 and through the end of the war, but the early poor reviews stuck with the carbine’s reputation. Through no fault of its own, the Starr earned a bad reputation because of the improper ammunition ordered early in its use. 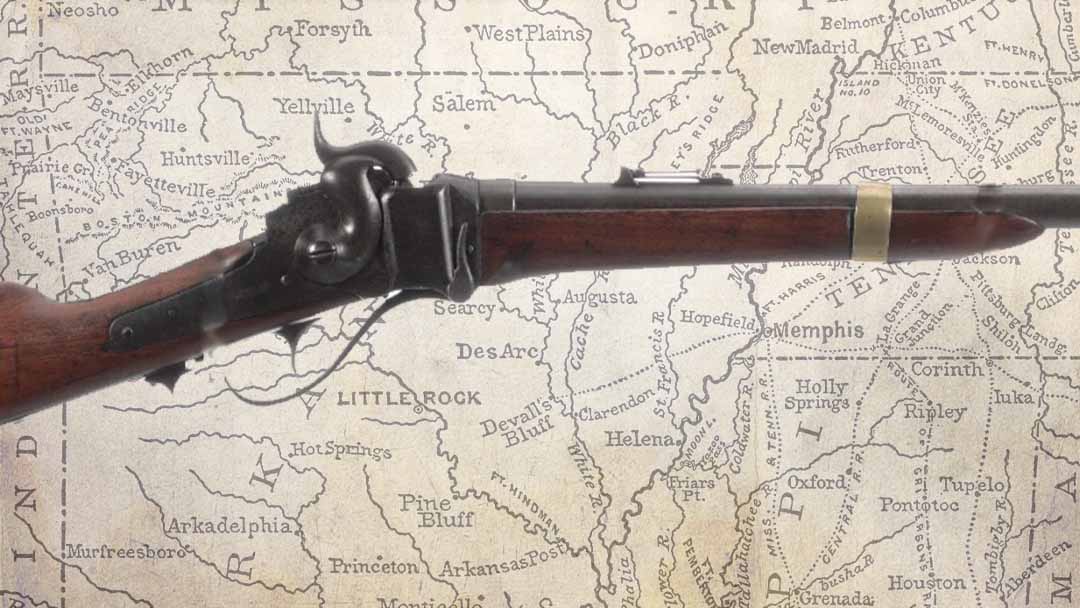 The Sharps Carbine had the second widest issue of any Civil War carbine and because of that, the Starr Carbine, similiar in appearance, saw its reputation suffer because ordnance officers issued Sharps ammo for the Starr that didn’t fit the gun’s chamber. Seventeen Sharps carbines are on offer in the Oct. 4-7 Sporting and Collector Auction.

By the end of the war, the Starr Carbine was being converted from percussion to metallic cartridges by changing the breechlock, hammer and barrel. Five thousand converted Starr carbines were ordered and issued to the 12th Pennsylvania Cavalry in spring 1865.

Starr also made one of the earliest American double action revolvers, producing 20,000 from 1863 to 1865, as well as single action revolvers. However, by 1867 Ebenezer Starr, his carbine’s reputation harmed by ordnance officers’ lack of diligence, didn’t have any military contracts and closed the company’s doors. 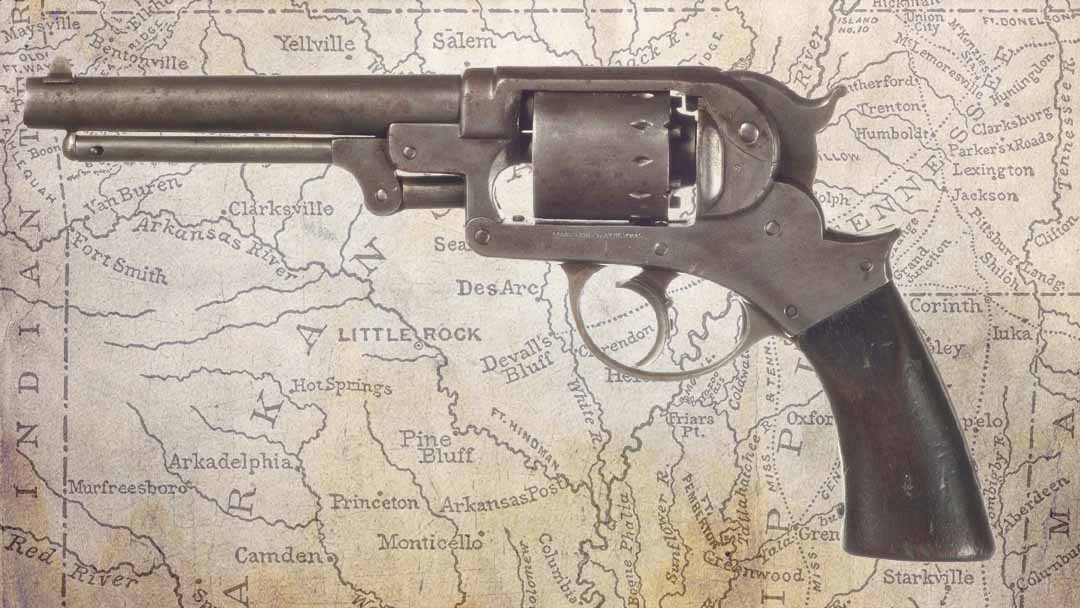 The Starr Double Action revolver was one of the earliest of its kind and was issued to the Union Army and Navy during the Civil War. Several are on offer in the Oct. 3-7 Sporting and Collector Auction. 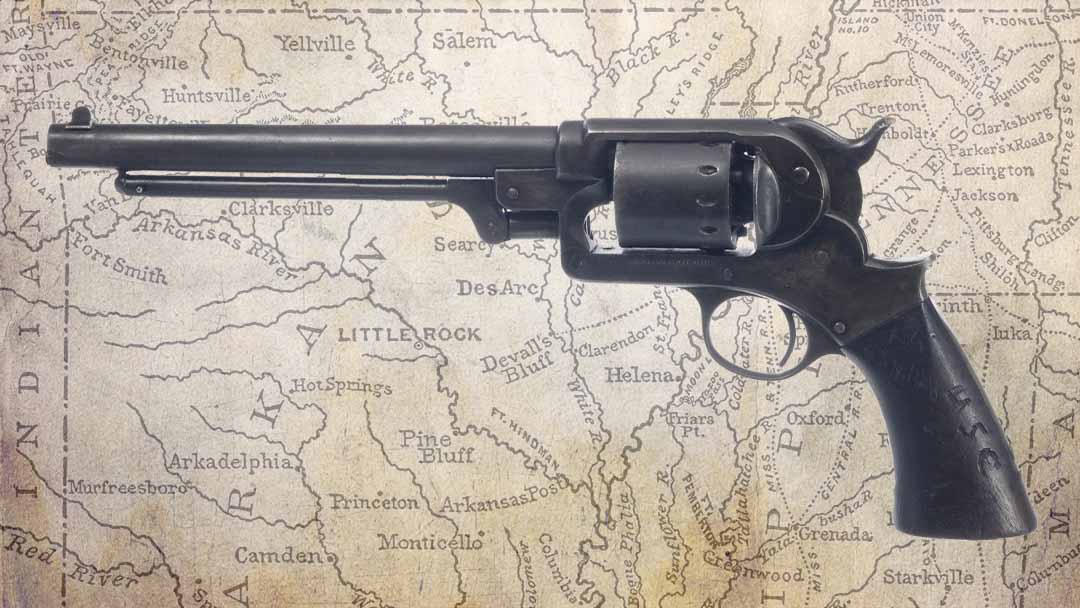 At the request of the federal government, Starr started less expensive single action revolvers for the Union military. Several Starr Double Action and Single Action revolvers are available in the Oct. 3-7 Sporting and Collector Auction.

Issued to a cavalry unit of pro-Union Arkansans stationed in a lesser theater of the Civil War was this Starr carbine. Despite the carbine’s early reviews of accuracy and sturdiness, it ran into a literal military SNAFU that permanently damaged its reputation. A 1st Arkansas Cavalry marked Starr carbine, part of western Civil War history, is on offer with two other Starr carbines in Rock Island Auction Company’s Oct. 4-7 Sporting and Collector Auction.

The Tragedy of the Starr carbine: Early Faith in This Pre-Civil War Design was spoiled by Issue of the Wrong Ammunition, by Holt Bodinson, Guns Magazine 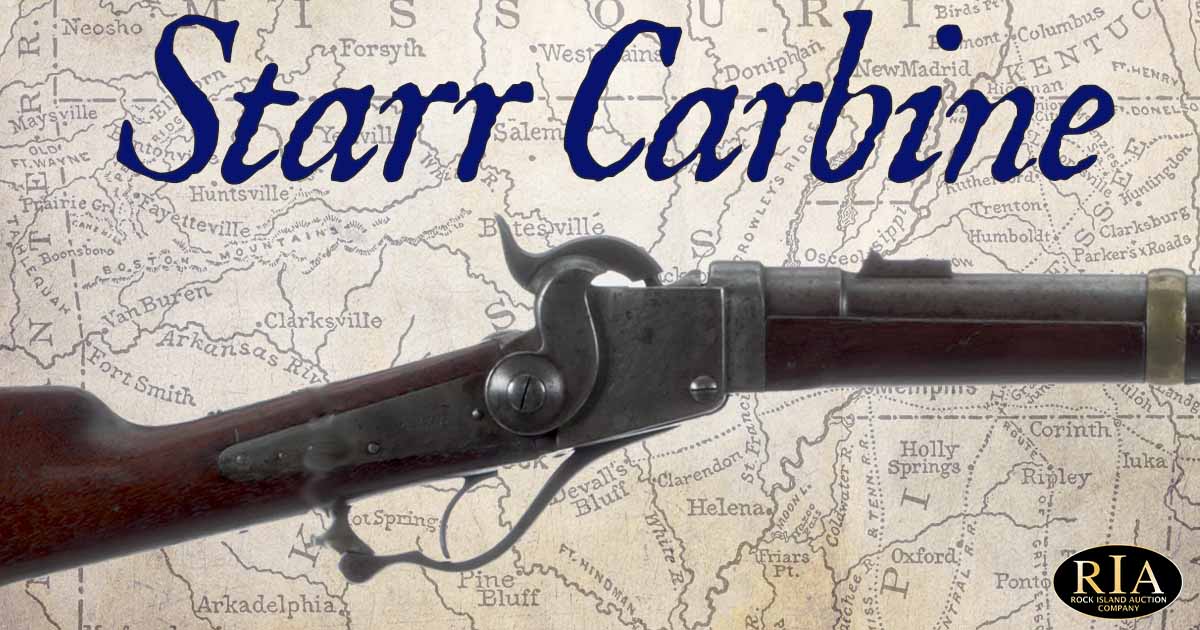