U.S.A. -(AmmoLand.com)- Firearm ownership is a longstanding American tradition. New gun owners, an estimated 8.4 million in 2020 and an additional 3.2 million in the first half of 2021, represent a growing trend of Americans willing to exercise their Second Amendment rights and with it to take on the responsibility of gun ownership.

While firearm ownership can be a polarizing issue, the topic of safety, especially in regard to children, is a high priority for everyone. Lately, this priority of firearm safety has caught the eye of the Firearm Exposure Research Team at Harvard Chan School of Public Health. The Harvard researchers recently posted an environmental research study in Science Direct called, “Firearm licenses associated with elevated pediatric blood lead levels in Massachusetts.”

On the surface, this study suggests this group cares about possible issues resulting from the mixing of firearms and children; however, a closer look exposes their biases against firearm ownership.

This “study” sought to determine an association between, “firearm-related lead exposure and pediatric blood lead levels.” The methodology utilized by the researchers leaves little confidence in their ability to report without bias and true correlation.

The team collected firearm licensing information from the Massachusetts Departments of Public Health and Criminal Justice Information Services and overlapped pediatric blood lead level data for the corresponding areas in 2017. Using these factors alone, the researchers concluded that ownership of a firearm is a contributing factor in pediatric blood lead levels. The researchers assert that mere happenstance of Americans legally owning firearms results in lead exposure. This is somehow enough evidence for the folks at Harvard. The researchers did not tie a direct causal link between firearm ownership and pediatric lead exposure because there is none.

The researchers did not interview firearm owners or parents to find predominant habits which could result in lead exposure. Nor did they take into account environmental factors to have conclusive evidence in the scientific community. One of the researchers said in a blog, “the study was of a single year only, and measurement of environmental toxicants is inherently difficult.”

The truth is that these advocates want to use correlation, at best, not actual evidence of causation to scare people from owning firearms by suggesting the mere presence of a firearm will harm their children by exposing them to elevated blood lead levels. If their hypothesis was correct, with over 400 million firearms in civilian possession and conservative estimates that about 1 in 3 households have a firearm, surely there would be, evidence, if not, an epidemic of lead poisoning among children of gun owners. With agenda-driven science, correlation is conflated with causation. You usually don’t have to scratch far below the surface to expose the bias. 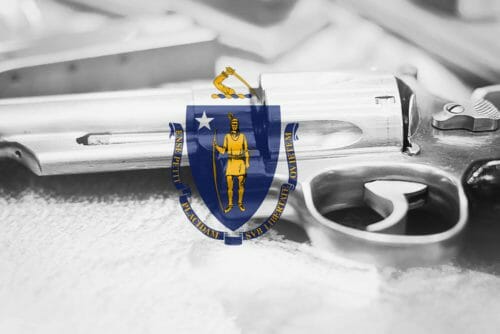