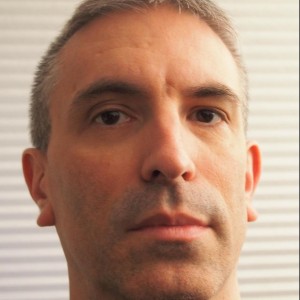 
We’ve covered the Calico M100 before in our arsenal series. It’s been a perfect gun for several Sci-Fi and Space Age flicks. And, as we said in the review we posted back in 2017, its “Unique looks, high-capacity magazines, reliable operation, and a fun caliber make the Calico M100 a win in our book.”

Today we’re going to delve deeper into the history of these Calico Light Weapons System firearms, taking a closer look the helical-feed magazine and the Calico variants that use them. And, get your geek on, they’ve made their appearances in the movies too!

If movies are to be believed, in the future elite forces around the galaxy will be armed with firearms that resemble the Calico M100, an ominously named firearm that has a rather “futuristic appearance.” Introduced in early 1985, it featured a tubular magazine, and collapsible stock. It certainly seemed ahead of its time, which is why it has been seen in such movies as Spaceballs, The Running Man, RoboCop 3, and Point of No Return and was carried by multiple characters in the TV series seaQuest DSV.

That is a truly impressive CV for a firearm that is actually chambered for .22LR.

That’s right, the Calico M100 might just be the most futuristic/high-tech looking plinker ever released, and with a Manufacturer Suggested Retail Price (MSRP) of $602, among the more expensive .22s as well.

Introduction of the Calico M100

First established in 1982, Calico Light Weapons Systems, Inc. (CLWS) was originally based in Bakersfield, California before picking up stakes and moving to Sparks, Nevada for a time. It was later sold and moved to Hillsboro, Oregon and today is headquartered in Elgin, Oregon.

In addition to being unique in that this gun maker is based in the Pacific Northwest, so too has been the firearms it developed – beginning with its M100, a blowback-operated semi-automatic rifle that was developed in the early 1980s. It began in 1982, when the California Instrument Company designed and built specialized instrumentation for the petroleum industry – and with a background in tooling and engineering the team of designers took an odd turn –much like its 100-round “Helical” magazine.

Beginning with the first working 100 round Helical feed .22 LR carbine, this lead to an entire family of firearms that utilized the unique design.

For those not familiar with the design, this is a magazine that is mounted on the top of the firearm. However, this has led to confusion with some believing it is similar to the top-mounted magazine of the FN P90 that was also developed in the 1980s. However, while the P90 actually uses a rather traditional magazine, and a unique horizontally mounting system, which rotates each round, the M100 is actually fed from a horizontal drum.

The Helical magazine features a large octagonal spring-powered “clockwork-like” device that is wound by hand and contained within a box magazine drum mounted horizontally along the top of the receiver, feeding towards the front. The round follows the spiral path around an auger-shaped rotating follower or drive member. Thus both systems provide for a compact design, and increase the ammunition capacity. Both features likely were seen as quite advanced in the 1980s (and likely remains so even today).

Yet, while the P90’s magazine was developed in the 1980s, the actual concept of a Helical magazine was first conceived in the middle of the 19th century and was used in the Evans Repeating Rifle, which was patented in the early 1860s. It has been adopted more recently in only a handful of weapons including the Russian-designed PP-19 Bizon, a 9x19mm Markarov submachine gun. A North Korean variant of the AK-74, the Type 88 was also fitted with a Helical magazine, but how effective it is remains like most things in the Hermit Kingdom, a mystery!

The advantage of these magazines is the increased capacity, especially with smaller calibers as there is no need for a spring or follower, which can often take up about 20 to 25 percent of the overall length of a traditional magazine. For this reason, the M100 is able to hold a full 100 rounds in such a compact weapon.

However, a downside is that if not properly maintained, Helical magazines can jam and clearing them can be troublesome. Loading the magazine is also sometimes cumbersome.

Calico has attempted to resolve many of those issues by utilizing a staggered helix principal, whereby the ammunition is driven forward along a fluted cartridge as each round is pressed against the helical wells of the magazine cover. The driving pressure is then achieved by a rectangular torsion spring located inside the fluted cartridge carrier.

As the company noted on its website, “Moving forward one by one, the ammunition is fed by a specially-designed feed port into the top-loading chamber of the Calico firearms. Calico’s helical magazine feeding systems remain the most advanced method known for efficiently storing and dispensing ammunition in large and small arms.”

While the firearm maker recommends a “break-in process” for the bore, and cleaning it after every round for the first 25 rounds, Calico has said its rifles require “minimal lubrication.”

The Calico M100 proved rather popular with shooters into the early 1990s. Yet, the introduction of the Federal assault weapons ban in 1994 made the sale of the Calico family of small arms to civilians illegal. Fortunately for supporters of the Second Amendment that only lasted until the legislation expired on September 13, 2004, in accordance with the AWB’s sunset provision.

As a result, Calico reintroduced the rifle on the civilian market and the original and post-ban versions are essentially the same, however the pre-ban models have become sought after by collectors.

Since the introduction of the original Calico M100, the firearms manufacturer has gone on to produce a number of variants that also utilize the Helical magazines.

These included the Calico M900 series, which were chambered for 9x19mm Parabellum. As with the original M100, the M900 series also featured the high-capacity, cylindrical, helical-feed magazine – and had a magazine capacity of 50- or 100-rounds. Yet, as with other Calico 9mm variants, this line of firearms also utilized a roller-delayed blowback that is similar to the action of the Heckler & Koch MP5, as well as a downward-pointed ejection port that is forward of the trigger – and which resembles the magazine well of a conventional submachine gun or rifle.

The M900 series included the M960 semi-automatic only model, as well as the M951, a select version available for sale to authorized law enforcement and military The M951 was seen in such films as Eraser, Star Trek: First Contact and Alone in the Dark

In the .22 LR line, variants included the Calico M110, also known as the M-100P (the original model), a compact pistol that featured a shorter barrel and no stock. Most of the parts were interchangeable with the M100. The Calico M110 could be seen as a “UEO Pusle Gun” in seaQuest DSV.

The “big brother” Calico M950 was 9mm pistol version, available in full auto – and this futuristic looking handgun has been seen in more than a dozen movies, first appearing in 1989’s Tango & Cash, where it was used by Sylvester Stallone, and was subsequently used in I Come in Peace, RoboCop 2, Total Recall, Hard Boiled, The Crow, Virtuosity, Tomorrow Never Dies and Space Truckers.

Apparently, the company has looked to expand beyond just the .22 LR and 9mm variants of its firearms in recent years. At the 2012 SHOT Show (Shooting, Hunting, Outdoor Trade Show), Calico reportedly exhibited a prototype 12-gauge shotgun with a top-mounted helical magazine, but it has yet to come on the market.

For now, Calico remains about the only company to perfect the Helical magazine. Sometimes innovation just takes a while to catch on.

Peter Suciu is a professional freelance reporter with nearly three decades of experience. A historophile and subject matter expert in many areas of militaria, Peter’s articles have appeared on or in scores of publications and websites. He has appeared as an SME on numerous news shows nationally and internationally and is an ardent crusader for Second Amendment rights.