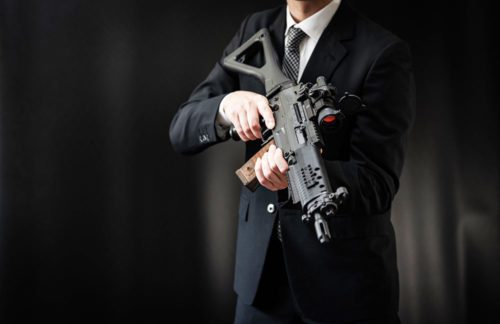 U.S.A. -(AmmoLand.com)- The dust has settled on President Joe Biden’s decision to withdraw David Chipman’s nomination for Director of the Bureau of Alcohol, Tobacco, Firearms, and Explosives (ATF). That’s got many, especially within the firearm industry, wondering what comes next.

The president has the responsibility to nominate a qualified individual to the position. The U.S. Senate has the constitutional duty to “advise and consent” on the president’s choice in order to consider that nominee and vote to confirm or deny that person to the role. That is exactly what happened with Chipman’s nomination. As messy as the process was, it worked. Just because President Biden didn’t get his first nominee confirmed, doesn’t mean the process is over.

The 5,000 men and women working at ATF have a difficult, and oftentimes, dangerous job. The ATF is responsible for enforcing and regulating the gun laws in the United States, which includes regulation of the firearm industry. That requires a director at the helm that is focused on fulfilling the mission of protecting the community from violent criminals, criminal organizations, the illegal use and trafficking of firearms, as well as arson, bombings, terrorism, and regulating alcohol and tobacco.

That person must be true to the mission, focused on enforcing the law, not turning the bureau that regulates a lawful industry into a mechanism to overzealously push a gun control agenda. NSSF has supported nominees in the past, including the nomination of Michael Sullivan in 2007, when the position first required Senate confirmation. He was acting director and nominated for the permanent role by President George W. Bush. NSSF also supported the confirmation of President Barack Obama’s nominee, B. Todd Jones, who was confirmed by the Senate and NSSF supported the nomination of Chuck Canterbury in 2017. These were individuals who were focused on ATF’s mission.

Chipman wasn’t in the same company.

Chipman has been making the media rounds since his nomination was yanked. He’s thrown around accusations and allegations, including that NSSF purposefully misled the public on his record and even blamed NSSF for alleged death threats against him. That’s patently untrue. Still, no one should ever face a threat of harm because they’ve been nominated by the president to serve in a public capacity. At the same time, no one nominated by the president should be above a thorough examination of their record and qualifications.

Chipman’s rants are perfect examples of why NSSF led the charge to oppose his confirmation. He’s a gun control lobbyist, who is now back working for the Giffords gun control group. He railed at the same administration that nominated him for not defending him. He took no responsibility for his dismissive and denigrating comments of gun owners. He could not explain what he defined as a so-called “assault weapon” but still advocated banning Modern Sporting Rifles (MSRs) or circumventing the National Firearms Act to severely restrict their ownership. He admitted under oath he was investigated for allegations of racially disparaging remarks of fellow ATF agents, yet took no action to release his personnel records of nearly 25 years while he served at ATF.

His nomination was opposed by a former ATF Acting Director, The National Sheriffs’ Association, and several agents with a combined 197 years of federal law enforcement and ATF service.

Chipman stood on his record, yet surprisingly – or not – he never produced it.

The next nominee put forth by The White House must be better. The nominee should be someone wedded to the ATF’s legitimate mission, not to a gun control agenda. That’s not just the firearm industry making that observation. That’s what others who have served in the top role as acting director – and nominated for the job – have also said.

“But the hard-working patriots who staff this vital law enforcement and regulatory agency deserve, and the public served by ATF needs, a less politically biased and more mission-focused director than the nominee,” wrote former ATF Acting Director Michael Sullivan in a Fox News column.

Sullivan came to the acting director job with the credentials of being committed to enforcing the law. Previous to his time at ATF, he was a former U.S. attorney and local district attorney.

It’s apparent the ATF leadership position – and even the ATF itself – has become a political football. That’s unfortunate, and it absolutely diminishes the vital service that the ATF provides. The only way to overcome this politicization is to nominate apolitical nominees. Those nominees should be individuals who are focused on enforcing the laws as they are written, not on twisting or creating them to appease a political agenda.

“ATF’s reputation is dependent on remaining an apolitical, unbiased, and fair law enforcement and regulatory agency,” Sullivan added in his column. “That fair treatment and respect for fundamental liberties begin at the top. The agents and inspectors in the field deserve nothing less, and the American public – whether gun owners or not – deserve equal treatment.”

The White House has a responsibility to nominate an individual who is qualified to meet this mission. Trotting out gun control activists erodes the public’s faith in law enforcement. That damages more than just the firearm industry – it damages the entire nation.

The post What President Biden Owes ATF in a Director Nominee appeared first on AmmoLand.com. 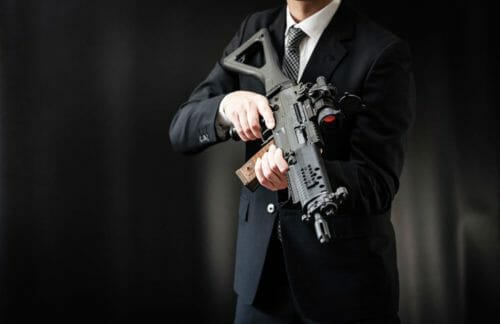