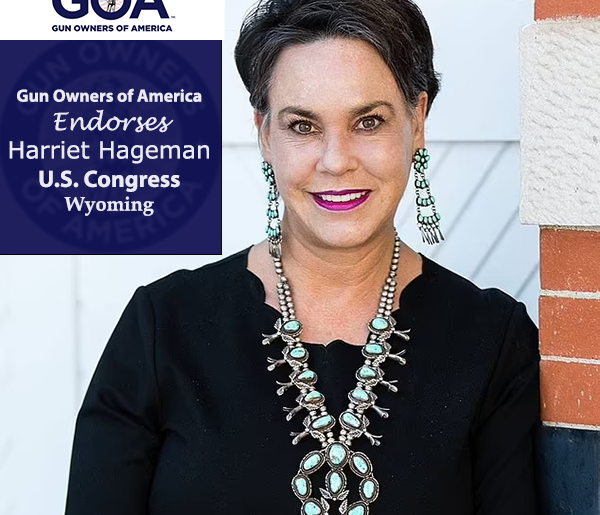 Gun Owners of America is proud to endorse Harriet Hageman for U.S. Congress in Wyoming.

The Primary Election is on August 16, and she needs your help.

Hageman will be a true representative for the people of Wyoming, and she has a long professional history of standing up for Wyoming’s freedoms and values. 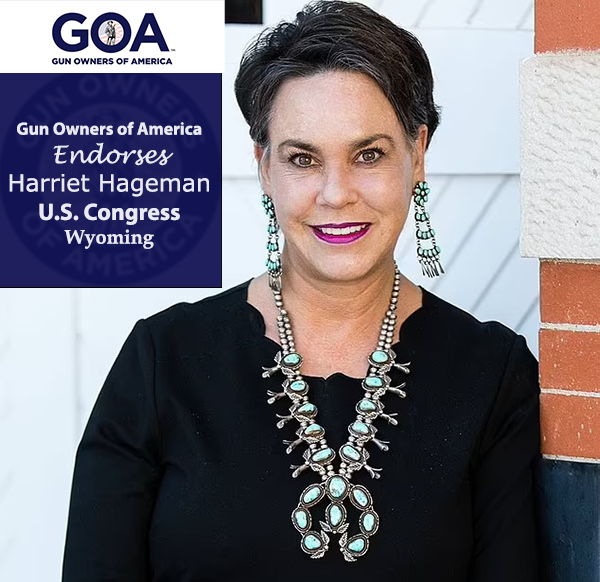 Paid for by Gun Owners of America Inc. Committee. Not authorized by any candidate or candidate’s committee.

Hageman earned GOA’s support because of a 100% score on our Second Amendment rights survey and her long history of standing against federal over-reach through her work as a constitutional attorney. She opened her own law firm in 2000 and has dedicated her career over the last few decades to fighting for Wyoming’s citizens.

What makes Mrs. Hageman the clear choice for Wyoming is that she has a track record of fighting for Wyoming against an out-of-control Federal Government, and those qualities have never been more important than now given the threats we face from the Biden Administration.

Harriet Hageman is a trustworthy fighter who will stand up for our rights against those bent on destroying the Second Amendment and our other personal liberties.

Harriet states on her website, “The Second Amendment is one of the most fundamental rights in America. The authority to protect yourself and your family must never be infringed. Now, the radical Biden Administration is attempting to strip our rights away. They treat law-abiding gun owners as criminals and push to curtail gun rights at every opportunity. I will always fight to protect our Second Amendment, and will never back down to the tyranny of this Administration or any others who are attempting to infringe upon our Constitutional rights.”

The radical Left and Washington establishment do not want leaders like Harriet Hageman in the U.S. House of Representatives. They will target her as they do every candidate who believes in Constitutional rights and personal freedom.

You can help Harriet by volunteering to work on her campaign, making a financial contribution, and showing up to vote in the Primary Election.

GOA encourages all gun owners, sportsmen and women, and Wyoming voters to stand with Harriet Hageman for United States Congress by voting for her in the Primary on August 16th, 2022.

P.S. Be sure to vote for GOA-endorsed candidates on election day! To renew your GOA membership or to join for the first time, please click here.

Paid for by Gun Owners of America. Not authorized by any candidate or candidate’s committee.