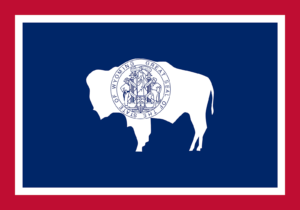 Your options for purchasing guns and ammunition are being restricted on a platform that you pay for with your tax money!

GOA just learned that the ShopWyoming.com program is discriminating against the firearms industry in Wyoming! What is even worse? They are using your taxpayers’ dollars to do it and limiting your options to buy products!

How so, you may ask?  Well, the state-sponsored website allows Wyoming businesses to advertise and sell products – UNLESS THOSE PRODUCTS INCLUDE FIREARMS AND AMMUNITION.

According to their own website, “ShopWyoming.com is sponsored by the Wyoming Small Business Development Center (SBDC) and funded by the U.S. Small Business Administration (SBA) through the CARES Act to assist business recovery from the effects of the pandemic and provide new opportunities to make businesses more resilient in the future.”

Are you angry yet?

The group that controls the Shop Wyoming website (SBDC) wants to blame their partnership with national payment processors like PayPal and Stripe.  However, SBDC has a choice regarding what platform they use, and they are responsible for that choice.

Well, one Wyoming Representative is trying to do something about this illegal practice. Last month, Representative Rachel Rodriguez-Williams, a Cody Republican, asked Attorney General Bridget Hill to use a new law to sue the Wyoming Small Business Development Center Network, which operates the online marketplace.

Representative Rodriguez-Williams is basing her request on House Bill 0236 which is now enacted into law under Wyoming Statute 13-10-302(a). This new law prohibits financial institutions and payment processors in Wyoming from discriminating against firearms businesses that support or are “engaged in the lawful commerce of firearms, firearm accessories, or ammunition products.” According to Rodriguez-Williams, the sponsors of HB0236 were proud to have Governor Mark Gordon’s support of this bill. His support was depicted by various media outlets, including the quote below:

“Wyoming is, has always been, and will continue to be a state where Second Amendment rights are recognized and protected. I oppose any orders or actions imposed from the federal level that infringe on this fundamental right,” Governor Gordon said. “I will relentlessly defend our Second Amendment and the Wyoming businesses involved in the firearms industry.”

We are happy that the Governor believes this, so we need to remind him that our options for purchasing guns and ammunition are being restricted on a platform that uses our tax money!

In a recent letter to Attorney General Bridget Hill, who is appointed by Governor Gordon, Rodriguez-Williams wrote, “I respectfully ask the Wyoming Attorney General to initiate action against these parties under W.S. 13-10-303(b).  I have cc’d the business, Big Horn Armory, that was rejected in this email, as well as additional legislators that were made aware of this matter.  Please acknowledge receipt of this email with a reply.”

Rodriguez-Williams is to be commended for taking a stand and asking the Governor and Attorney General to enforce this new Wyoming law.

Now it is time for the Governor to live up to his promise and for Attorney General Hill to act.

Please click here to send a message to Governor Gordon and also please call Attorney General Hill at (307) 777-7841. Ask them both to enforce Wyoming law and take action against all parties who are violating Wyoming statutes by denying legitimate firearms-related businesses an opportunity to have a level playing field.

Gun Owners of America will continue to monitor this issue as it develops and keep you informed of how the Governor and Attorney General respond.