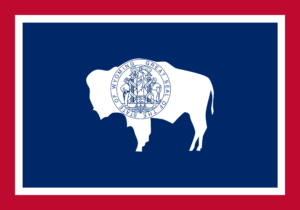 SAPA makes it illegal for state and local officials to enforce or cooperate with unconstitutional Federal gun control.

Despite strong opposition from anti-Second Amendment groups alongside a misguided “Pro-Gun Group” based out of the Northeastern U.S, Wyoming finally has STATE-LEVEL protections for our Second Amendment rights.

With the out-of-control Biden Administration in office, now is the time to finally have SAPA in Wyoming!

SAPA IS A HUGE WIN FOR WYOMING FIREARMS FREEDOMS!

HERE ARE SOME FACTS ABOUT THE SECOND AMENDMENT PROTECTION ACT.

With your support, we have finally passed a Second Amendment Protection Act that can protect the citizens of Wyoming from an over-reaching Federal Government.

GOA wants to thank Representative Mark Jennings (R) and Senator Larry Hicks (R) for taking the lead on passing this critical legislation.  In the coming weeks, we will share a complete list of Representatives and Senators with voting records on SAPA.  In the meantime, Wyoming can be proud to be one of only 10 States with a significant Second Amendment Protection Act to protect the rights of their citizens.