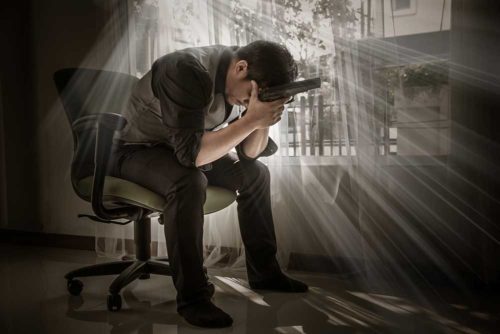 Washington, DC – -(AmmoLand.com)- Mental health and firearms are subjects that buck and oppose one another in general practice in the United States. The issue at stake with these two subjects is that a meeting of the minds needs to come together in order to come up with salient solutions to some of our bigger issues on the topic. A recent report was released by the Convergence Center for Policy Resolution called “Convergence Dialogue on Guns and Suicide Prevention” and it’s worth a read.

The core of the Convergence Center is to bring people with opposing views together to help solve some of the nation’s most polarizing problems. From remarks during the virtual launch event, David Eisner, CEO of Convergence, discussed the following principles.

Convergence brings leaders together from across the political, ideological, sectoral and other divides to build trust, find common ground, and identify solutions to public issues that are intractable. Our sweet spot is helping build trust and understanding between leaders and interests that have been having challenges listening to and understanding each other or have been feeling attacked or stigmatized in the national conversation.

After reading through the report in full, one can agree that the goal seemed to be met. Eisner continued:

Guns and suicide are hard topics to talk about. We have many of us have deeply rooted feelings about gun ownership one way or another. But this group of stakeholders and experts came together to talk about what we can do about the large issue of death by suicide, and the role guns play in that.

The study included a diverse group of participants from different walks of life. Notable names that the readership at AmmoLand News might recognize would be Chris Cheng and Rob Pincus. Cheng was the winner of History Channel’s Top Shot competition in 2012. Pincus is an author and renowned firearms trainer. It’s important when a conversation’s happening that might eventually dictate policy, that Second Amendment supporters are represented. While Pincus and Cheng can’t speak for all gun owners, nor do they represent all gun owners, they were an important and integral piece of the team trying to find solutions to death by firearm suicide.

The Senior Director of Programs, Russell Crum spoke during the launch event. In his opening remarks he talked about the “issue” of firearms and Convergence being approached to find a middle ground on the topic:

For years and years, people have approached us that convergence and said, “You all do collaborative problem solving you do cross sectoral dialogue, tackle guns, tackle guns in America, people disagree about them, people feel strongly about them.” Well, what does that actually mean? Convergence, we look for tractable doorways into tough issues that feel stuck, we look for ways that we can add value that we can build on the work other people have done, we never step foot into a space as if we’re the first ones to address it. So that was true here, we went out and conducted over close to 150 informational interviews with people with very, very different perspectives. Folks who have strong views, pro and against gun ownership, folks who fall in the middle, folks who lead faith communities, folks who are running cities, folks who work in law enforcement, people with personal experiences, with gun deaths in their own life, folks who have lost folks to suicide in their own life and have a range of lived experience connected to the issue.

What did the study uncover? What were the conclusions that were reached? What’s perhaps the most important part of this study for gun owners is best captured by Dr. Emmy Betz and what she wanted to make crystal clear during the report’s launch event.

But I just wanted to really emphasize that when we’re talking about lethal means, and storage changes, its voluntary changes. We’re not talking about red flag laws.

The strategies that were brought up are as follows:

None of the recommendations included a statutory change or embraced some sort of prohibitionist stance.

This is the key to having a meaningful dialogue on these topics if policy may result from the discussions. What occurred through the study was the exchange of information and ideas. The solutions are educational and fiscal in nature. Crum brings up some of that exchange of knowledge and how at times people were exposed to things they’ve never been exposed to.

Yeah, we came back to that theme things to read over and over around, and you see it and report centering the perspective of gun owners. I also want to make it clear, there were people in this dialogue, who are not comfortable or familiar with guns. And that was a perspective, we also wanted to hear from, there were some really powerful learning moments where a couple of folks showed off, maybe, say, for a staging area that they have, you know, some different types of guns were displayed in one session. And there were some people for whom that was not a comfortable experience. And I think we also heard from people who’ve lost someone to suicide who have a range of perspectives, which, which is an important voice as well. And so I would make it clear to those listening that we had really rich back and forth, and some tough, some tough interactions where I think folks had to kind of come back and try again and say, All right, I don’t know, if I gave you the best response to your comment, just then let me make another swing and the and even read some of yours from the dialog and, and tell us a little bit about the relationships that you’ve been able to build with people that were a part of a part of this group as well.

Gun owners are a crucial part of the conversation, but we have to take active participation in the conversation. The Convergence study on this topic proves that people on different sides of the aisles can come together and at a minimum communicate on the issues. To learn more about the study, what was discussed, and other information about the experiences, do check out the report in full HERE. If you’re interested in watching the video of the entire launch event you can check it out HERE or in the embed below:

John Petrolino is a US Merchant Marine Officer, writer, author of Decoding Firearms: An Easy to Read Guide on General Gun Safety & Use and NRA certified pistol, rifle, and shotgun instructor living under and working to change New Jersey’s draconian and unconstitutional gun laws. You can find him on the web at www.johnpetrolino.com on twitter at @johnpetrolino and on instagram @jpetrolinoiii . 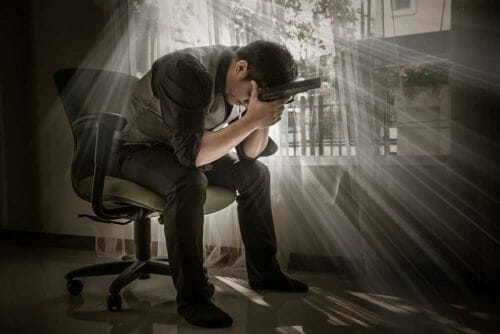